Scott Dunn guest and creator of the blog Finding Lovely, Jackie, recently went on an unforgettable, romantic anniversary getaway in Sri Lanka. Follow in the footsteps of her relaxing adventure. This year my hubby and I celebrated 9 years of marriage. As anyone married can attest, there are good seasons and harder seasons. And we’ve ...

Scott Dunn guest and creator of the blog Finding Lovely, Jackie, recently went on an unforgettable, romantic anniversary getaway in Sri Lanka. Follow in the footsteps of her relaxing adventure.

This year my hubby and I celebrated 9 years of marriage. As anyone married can attest, there are good seasons and harder seasons. And we’ve walked through our share of storms and through many beautiful times. In the last four years I have been pregnant or nursing every summer. Prior to that, it was years of trying to have babies and a year of fertility treatments. So…since I am neither pregnant or nursing or trying it was high time for an adventure. 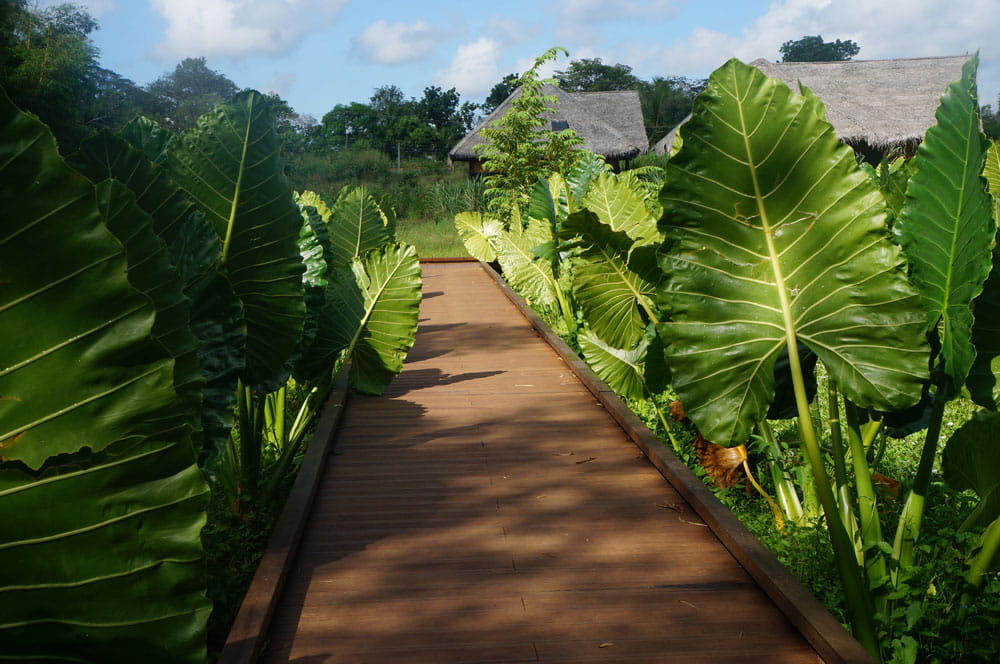 Being welcomed to Sri Lanka

With two toddlers and living far from family we never get more than an evening dinner/movie date. And that’s ok with us. That’s parenthood in a nutshell and we don’t have unrealistic expectations in this season of life. And we like our normal daily routine. But this was different. This trip was celebratory. I know the general thought would be, “stay close to home and have a few nights to yourself” but we felt like we needed to not be in driving distance of our babies when leaving them for the first time. My kiddos are routine junkies and don’t adapt easily to change, ie mom being away. Especially the littlest, it is just not in his personality to be a “go with the flow baby” try as I have. We needed distance apart from them so we could focus on each other. And we really wanted to foster that adventurous spirit that had united us all those years ago. It is a piece of who we are and we love that. All said, it was a beautiful gift we gave each other made possible by family who graciously watched our little boys. 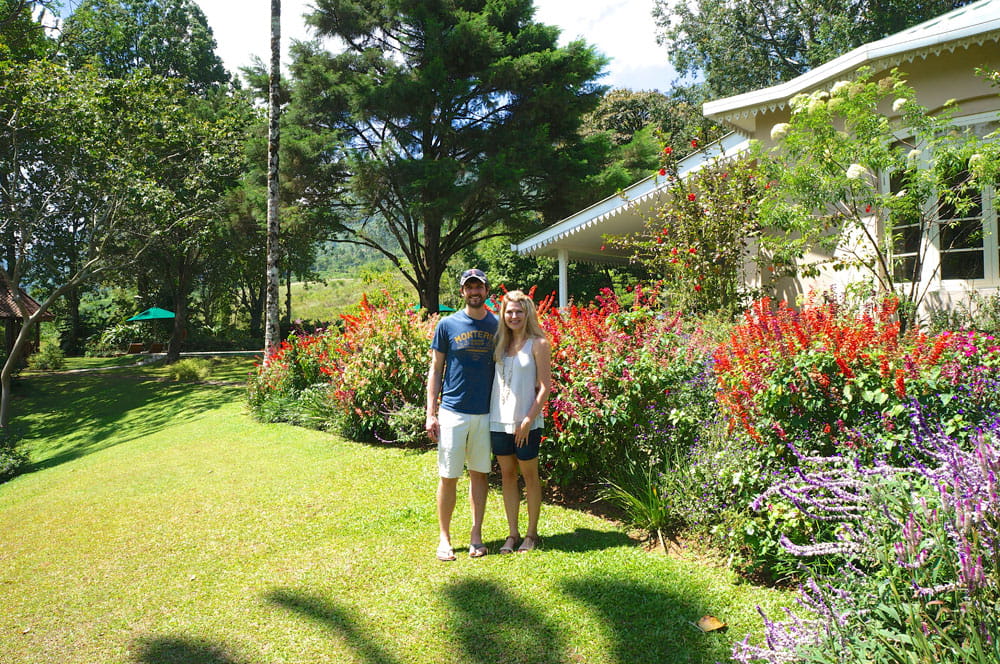 Jackie and her husband

We planned this trip through the help of Scott Dunn, and we loved our experience. We really didn’t want to stay in hostels or eat PB&J sandwiches this time around. Not for our anniversary and not after having babies. Been there, done that. We needed the experts to tell us where to eat and what to do, simply because we truly wanted to relax and try to not worry and it’s really difficult to find the planning time with two toddlers running around. We wanted to be smart and stay safe. We’ve got little people to raise up. We worked with Ken Hermer and there are simply not enough words to describe how lovely it was. Every step of the way was easy. We told them where we were wanting to go, gave them a budget and everything was fine tuned for us. We wanted to stay in upscale places and not worry about the food. We wanted prearranged transportation versus coming off a 17 hour flight to try and find our way to a hotel. And every detail of the actual travel was effortless and wonderful. Our last several trips have combined a bit of adventure and culture with relaxation and I think that is the magic travel bullet. It gives you a feeling of having “done something” and yet leaving you relaxed. 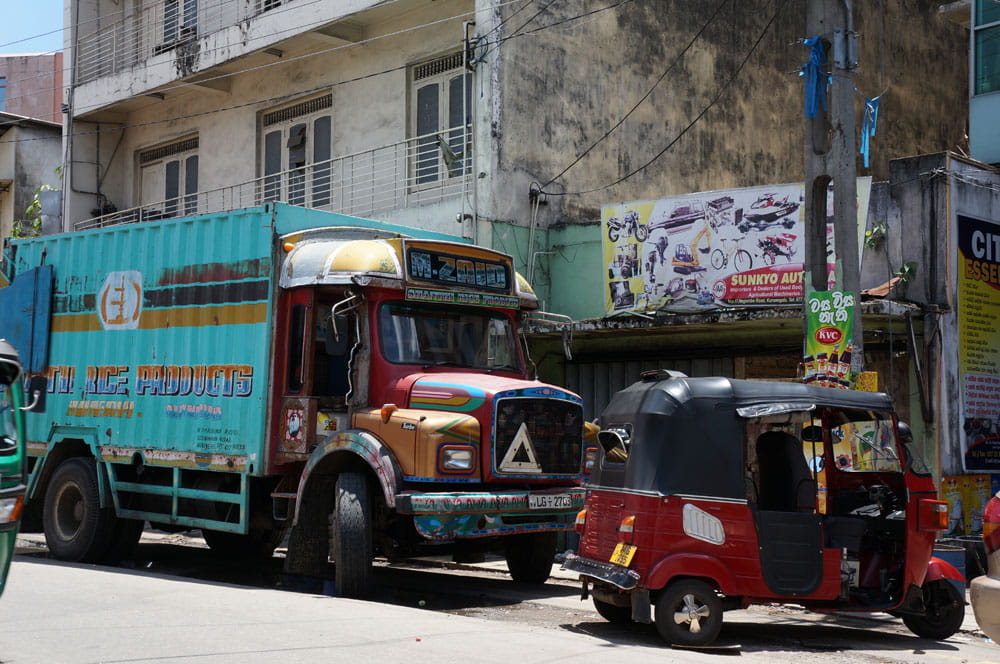 It was a 13.5 hr flight to Qatar from Boston and another 5 hour flight to Colombo, Sri Lanka. We landed early in the morning (about 1 am local time) and were picked up by private car and transferred to the hotel, the Wallawa. We chose to fly Qatar Airways and it was a great experience. The food was actually good and there were no flight delays. There were significant travel security checks in Qatar that we had never experienced. On the return flight into the US, no lab tops, ipads or large cellphones allowed. Everything was packaged into boxes and checked through. Coming back it took over an hour for the bags to be released by security at Logan airport. For this reason alone we kind of wished we had flown through Europe vs the middle east.

Built in to our itinerary was a “rest” day at the start of the trip. Given that it was a 12 hr time zone change for us we really expected jet lag to hit hard. One thing we had never tried before were homeopathic jet lag pills from Whole Foods. You chewed one pill every couple hours and whether it was placebo or not, my jet lag was drastically reduced.

day 1
The Wallawa was my second favorite hotel of the trip. It’s architecture reminds you of old colonial British rule. It has a weathered loveliness. The food was delicious, room comfortable and the hotel was a jungle oasis. 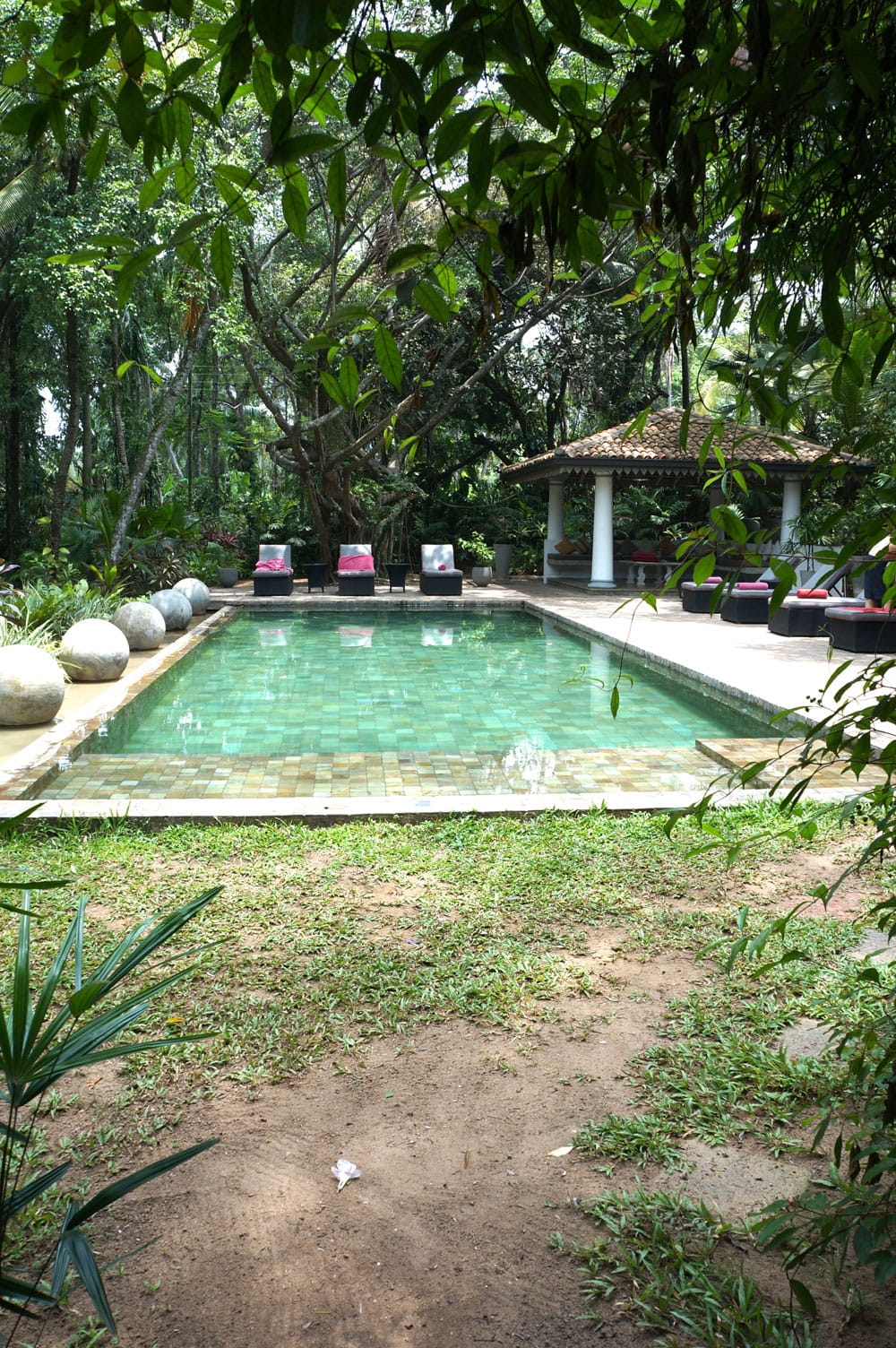 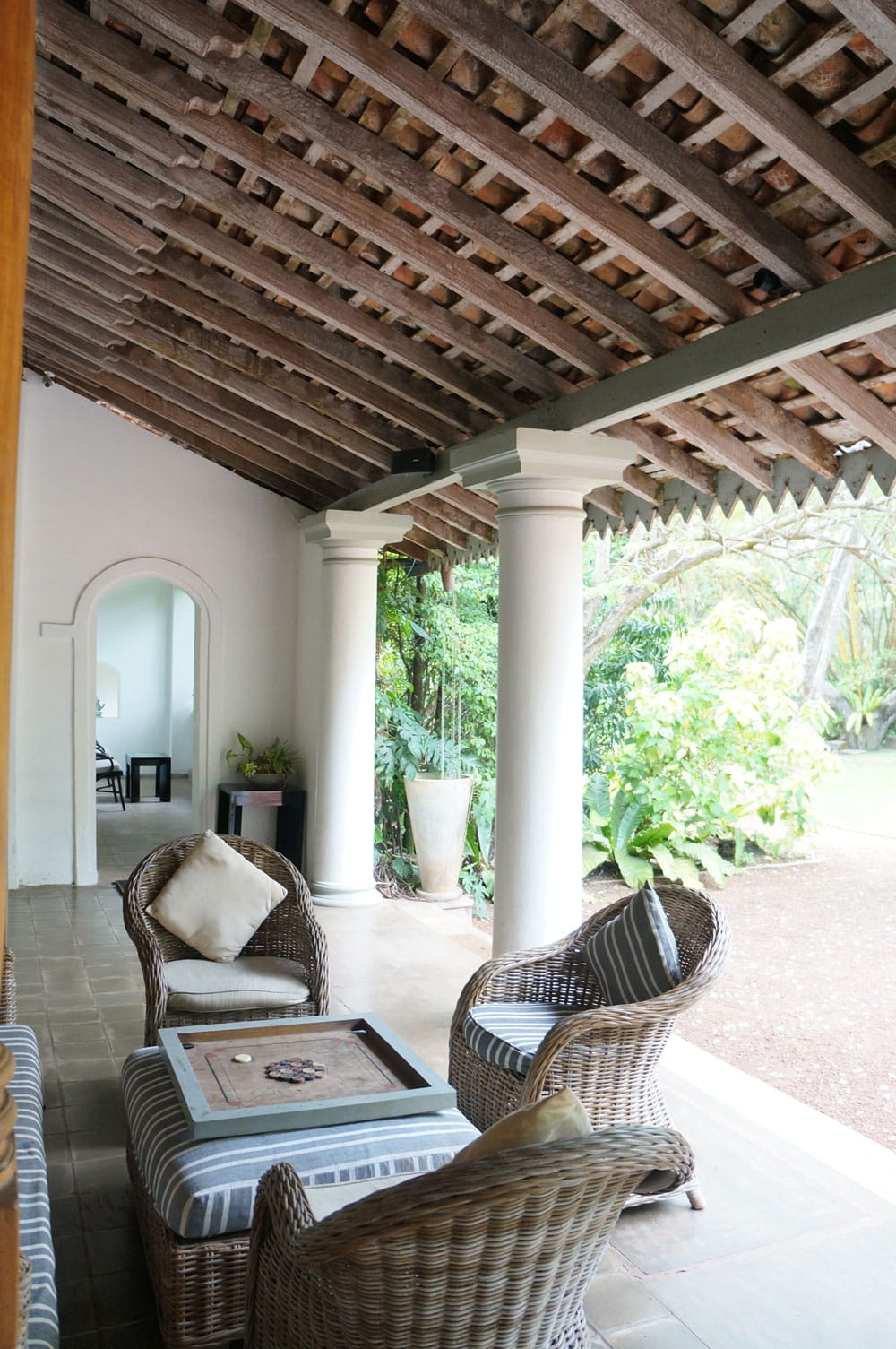 A beautiful area to relax 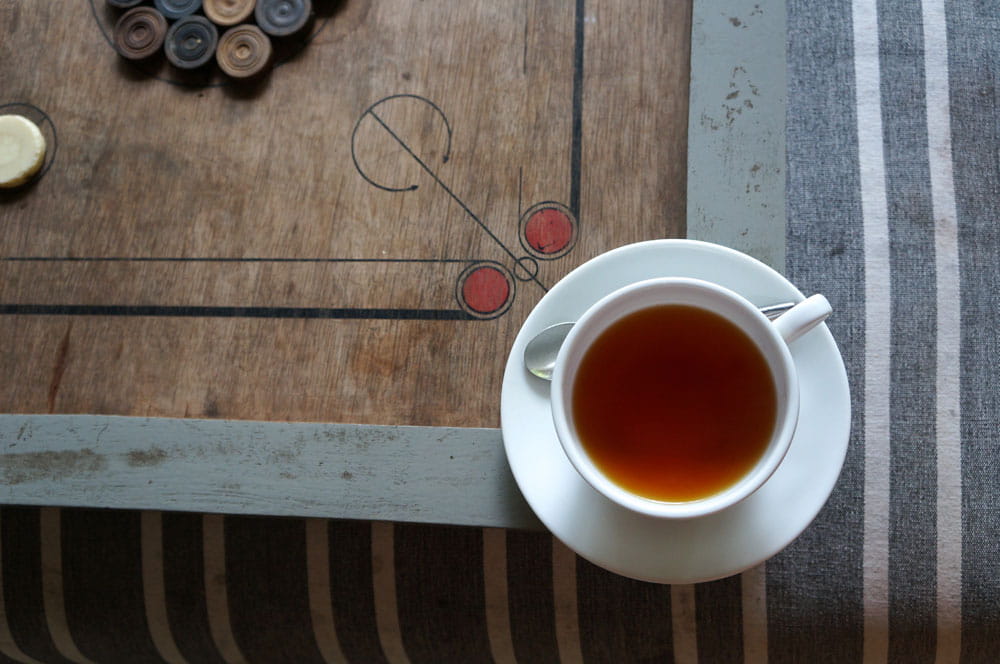 day 2:
We had a comfortable, air conditioned car and driver the entire trip. Our driver, Sumit, was polite and knowledgeable. He pointed out sights as we drove and was cautious on the road. Driving in Sri Lanka is NOT for the faint of heart. I don’t think I’d ever recommend renting a car. There are no freeways and all you really have is a windy two lane road straight through villages with all sorts of vehicles vying for the fastest possible position.

Our next stop was north of Colombo into the region’s “cultural triangle”. We stayed at Vil Uyana in Sigiriya. 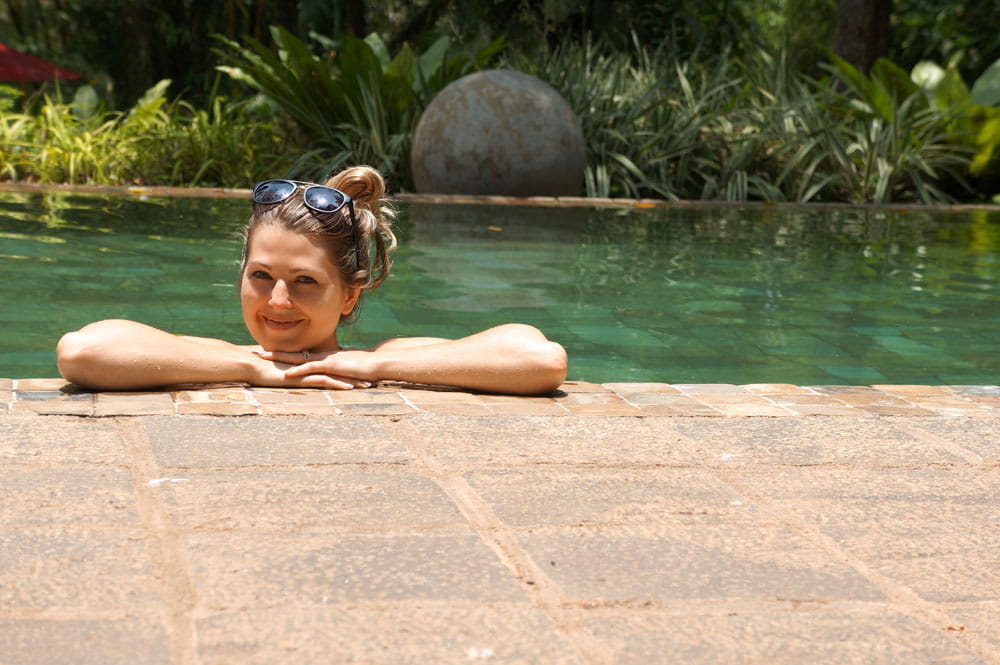 Jackie relaxing the the pool 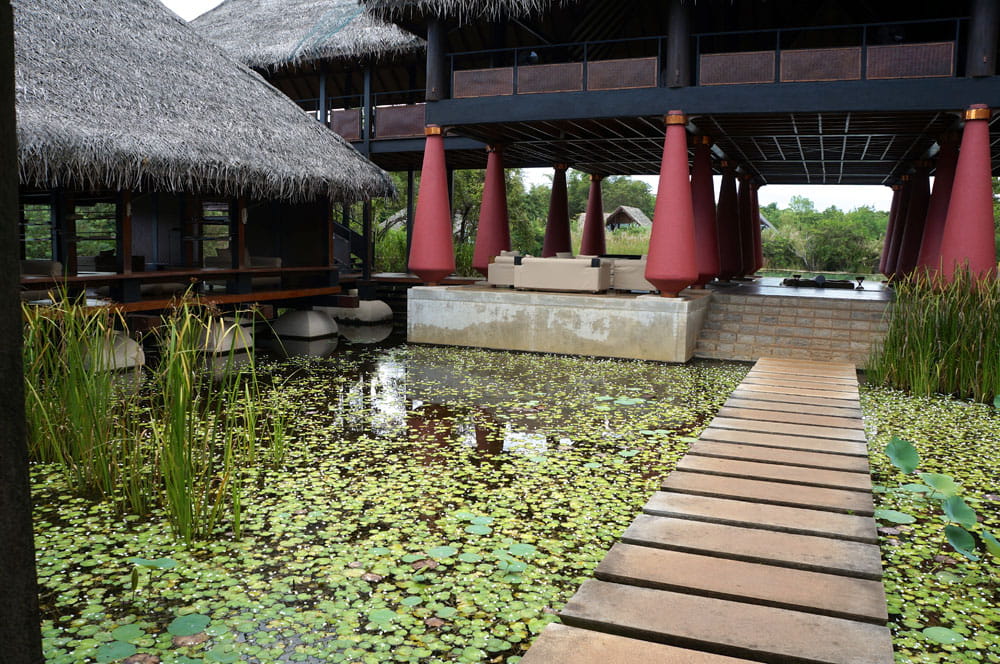 Lily pads outside of the hotel

This hotel is unique in that you have independent cottages they call “over water bunglows.” It has a rustic air of a traditional hut with modern conveniences. It is over the water so you can look down and see crocodile and fish. I think our only issue with this hotel was the lack of privacy. The bathroom is completely open to the room and we’re not that kind of couple. I had to make my husband go outside when I needed to go to the bathroom. Not very romantic but a very picturesque spot for him to wait to be let back inside.

After checking in to our hotel, our driver took us for an evening climb of Sigiriya Rock which towers up out of the jungle floor. Perfect for after a long car drive. 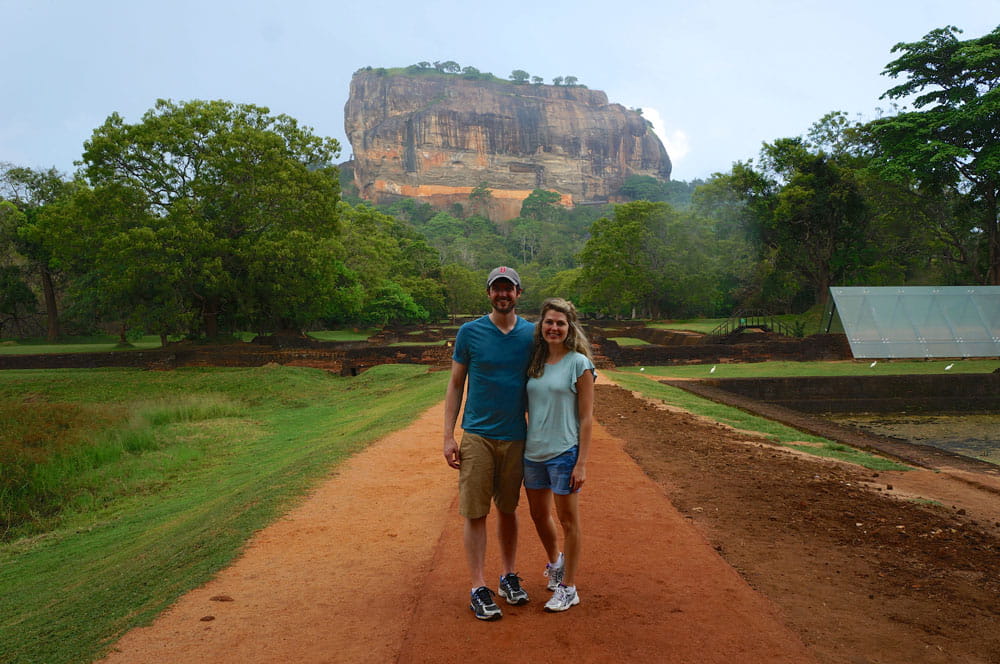 It was a demanding but totally doable climb if you are in good health. I found the scariest part to be the additional climb to see the cave paintings.

The view from the top was pretty spectacular

day 3:
Early the next morning we visited Polonnaruwa Ancient City, had a delicious lunch at a nice restaurant and then headed to Minneriya National Park for an elephant safari.

Our driver and by this point, good friend, came with us for the safari and he said he had never seen so many elephants and especially teeny tiny baby elephants. Oh. My. Word. The cuteness was over the top. It was a spectacular experience. This felt like our longest day. We saw so much and by the end of the day, we fell into bed. 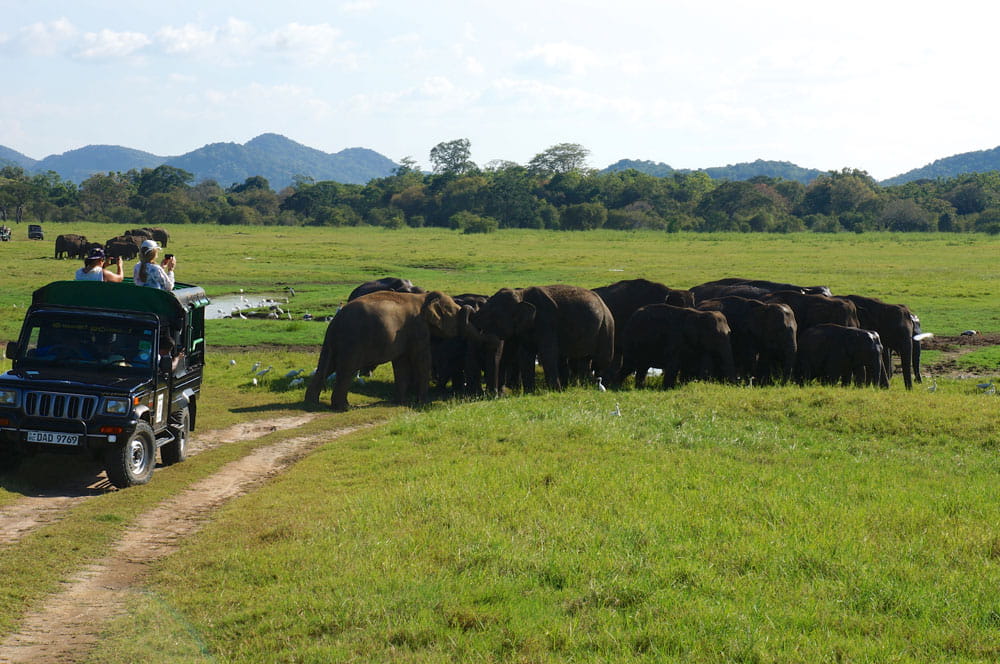 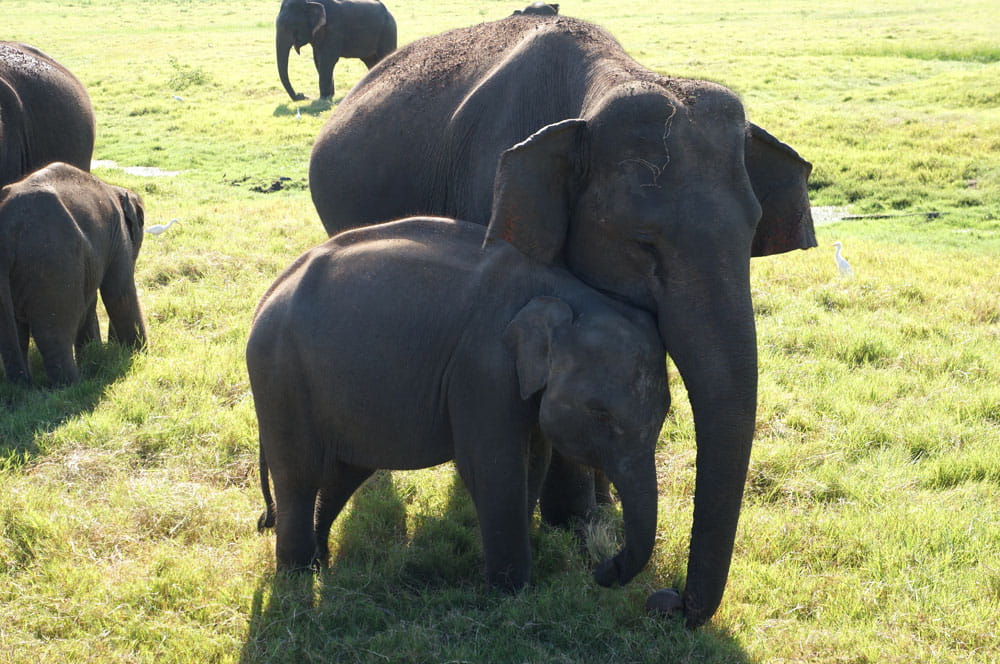 day 4:
The next morning we saw the Dambulla Buddhist Caves before a long drive south and into the Ceylon Tea region.

The drive was very long, about 6 hours. We stopped along the way at a spice garden, wood carving shop and briefly in Kandy for a few scenic pictures. 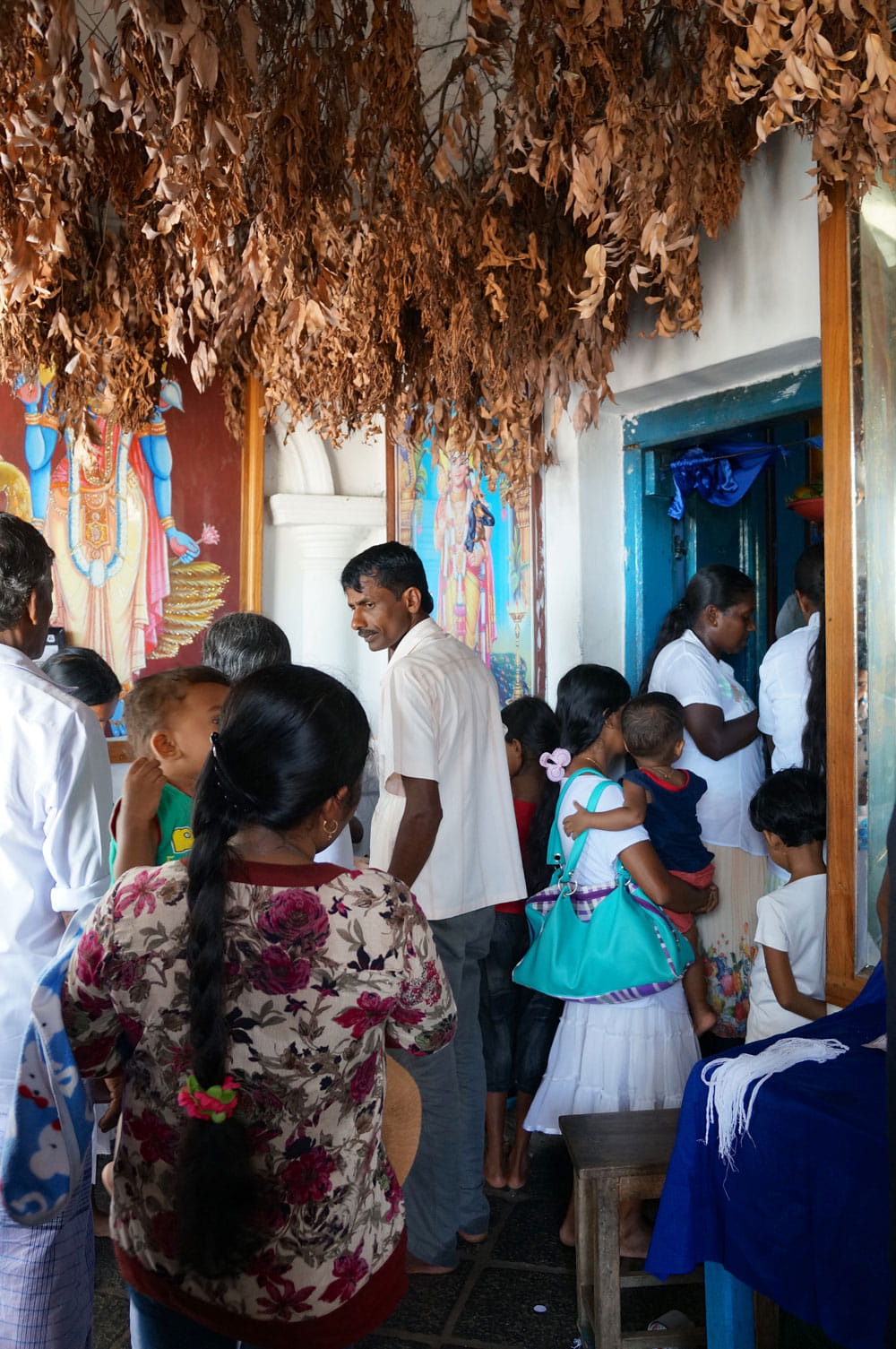 We arrived in the evening to a fork in the road. It was here Sumit had to leave his car because it couldn’t make it the rest of the way. We loaded into two Tuk Tuks to make it to our destination, the Ceylon Tea Trails at the Castlereigh Bungalow, in the tea highlands. It was pouring rain, the air was crisper up there and smelled delicious…like tea. We went to sleep without exploring and woke up to the most beautiful site. So many flowers. 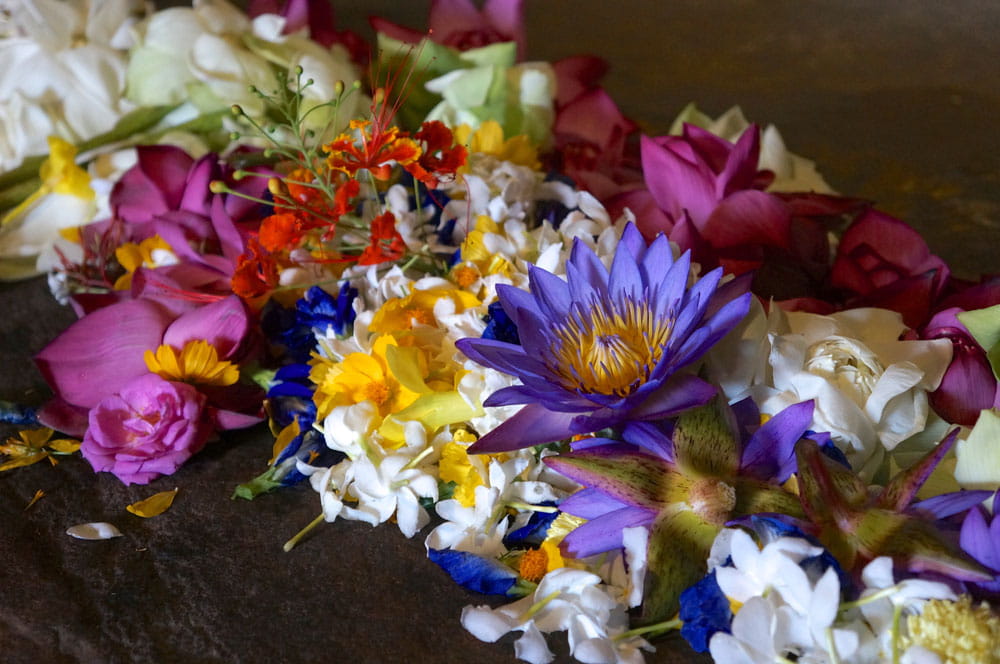 Flowers in the Ceylon Tea region 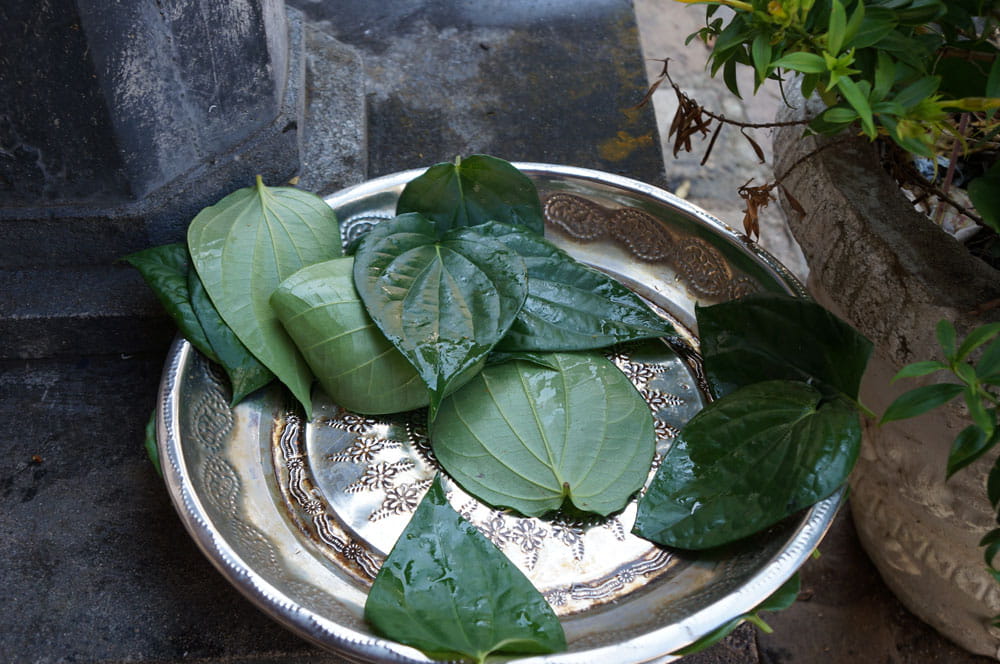 day 5:
The flowers. I can’t even believe they were real. Our room looked like colonial Britain and was lovely. 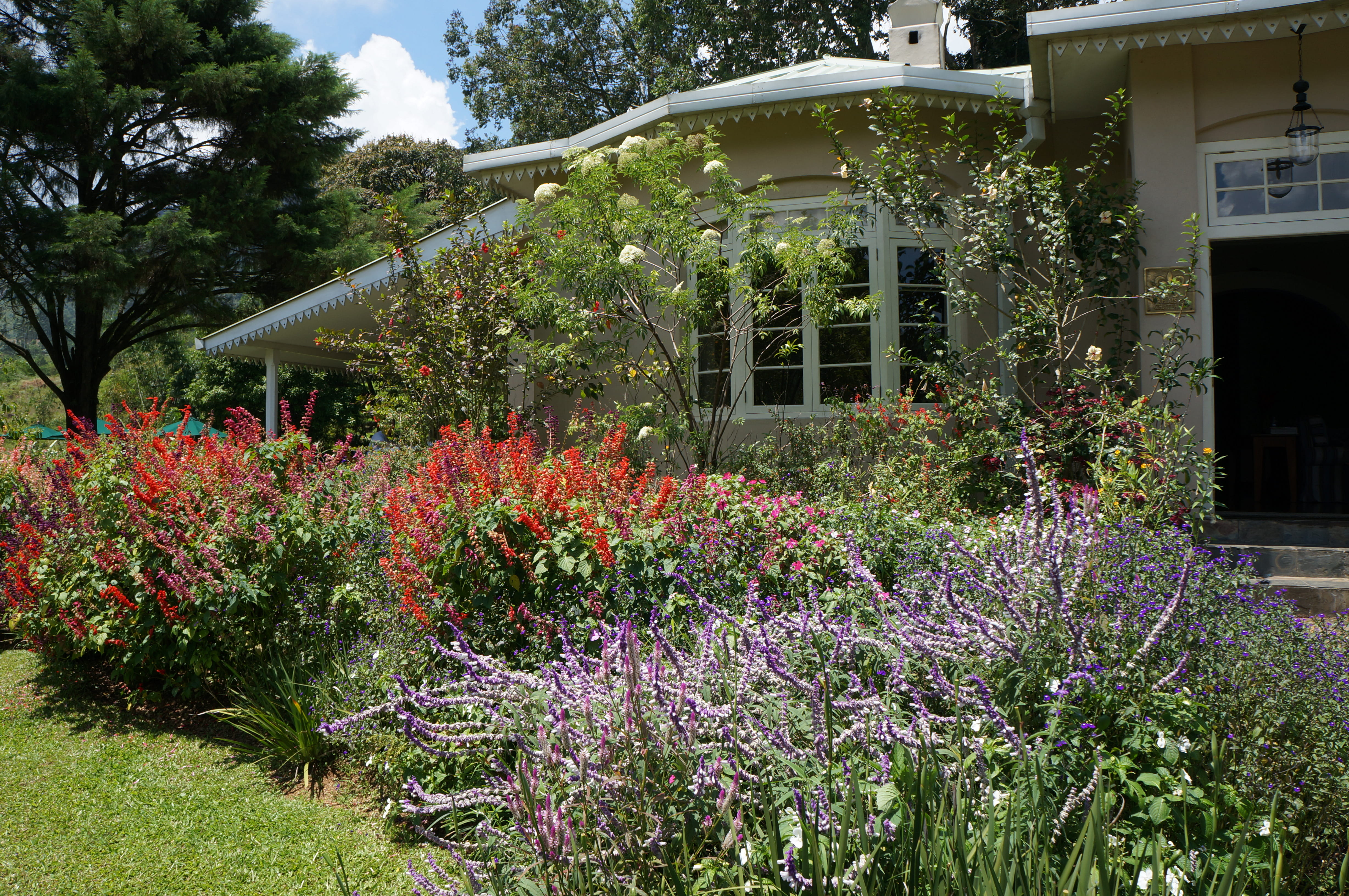 The hotel covered in blooming flowers 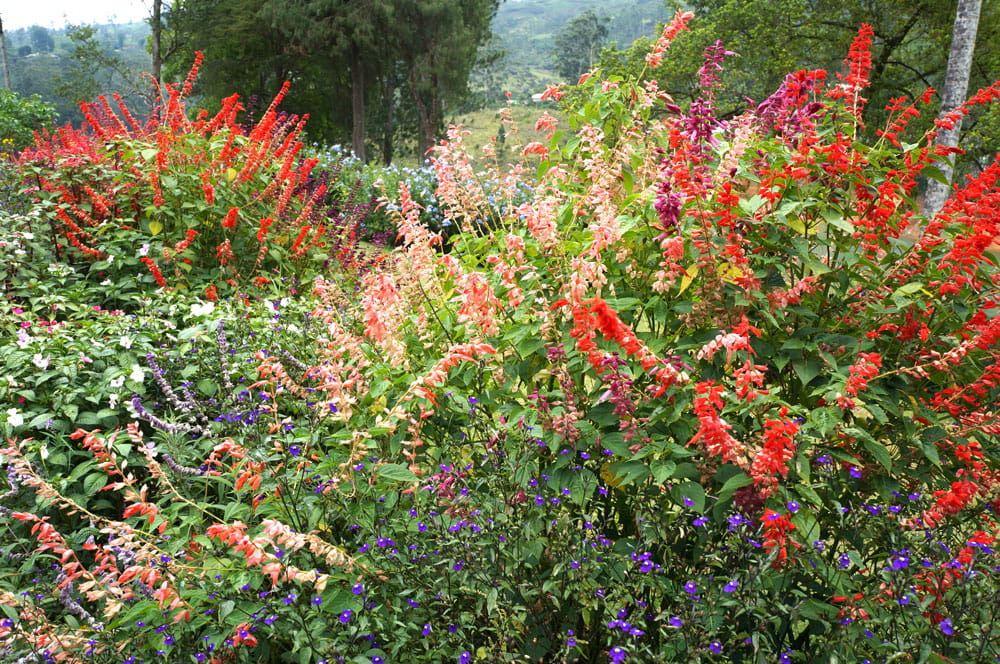 Gorgeous flowers at the hotel 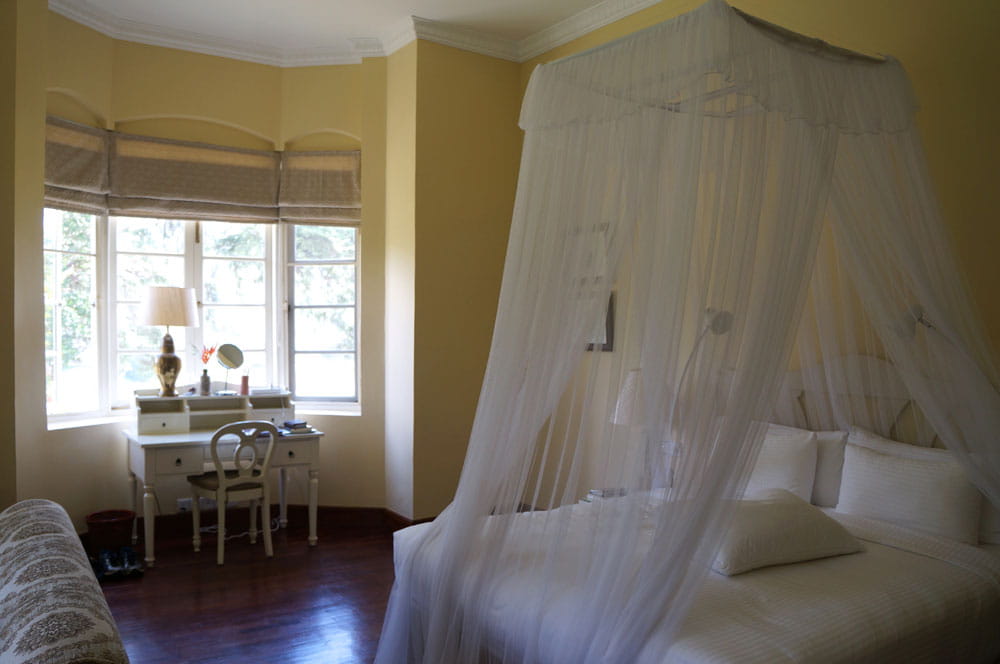 Because we got to our hotel late we made the decision to forgo the preplanned early excursion to climb Adam’s Peak. We were just wanting to lounge. So instead of a strenuous climb starting at 4 am, we toured a tea factory later in the morning, I got a massage and we took a leisurely climbed through the tea plantations. 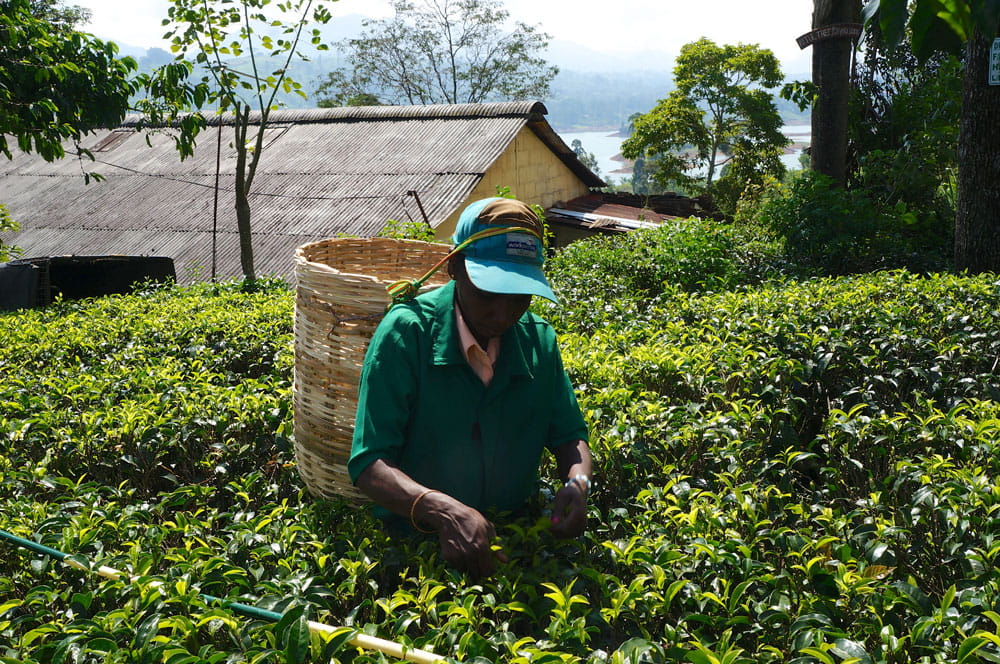 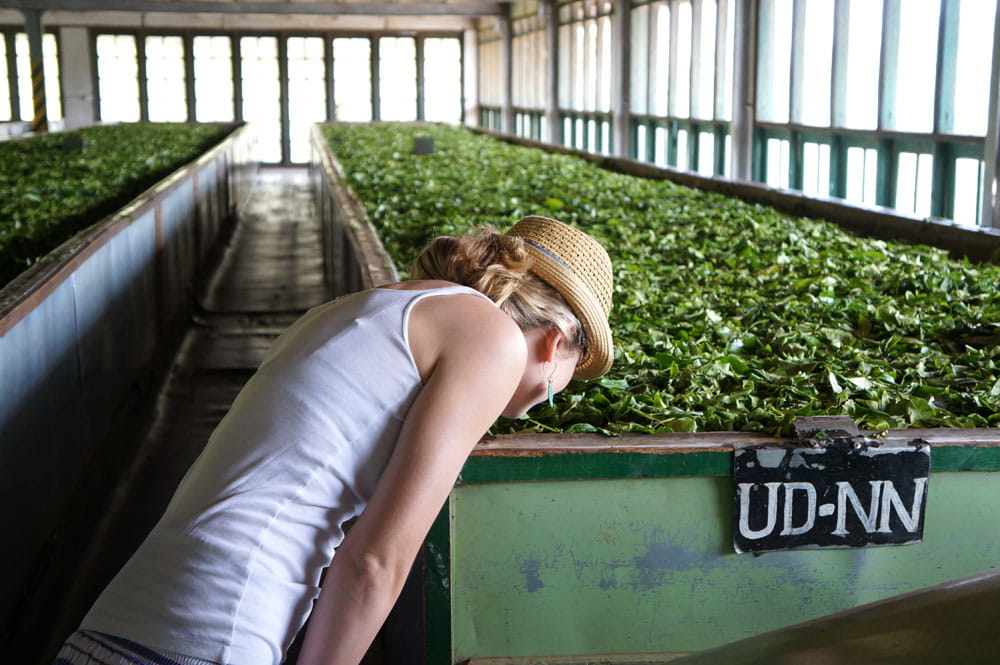 During your stay here, the chef comes to you and customizes a menu. You can make any changes you’d like. It was the most luxurious experience. The food was spectacular and everything was included in the cost–drinks, meals, snacks and pots and pots of tea. 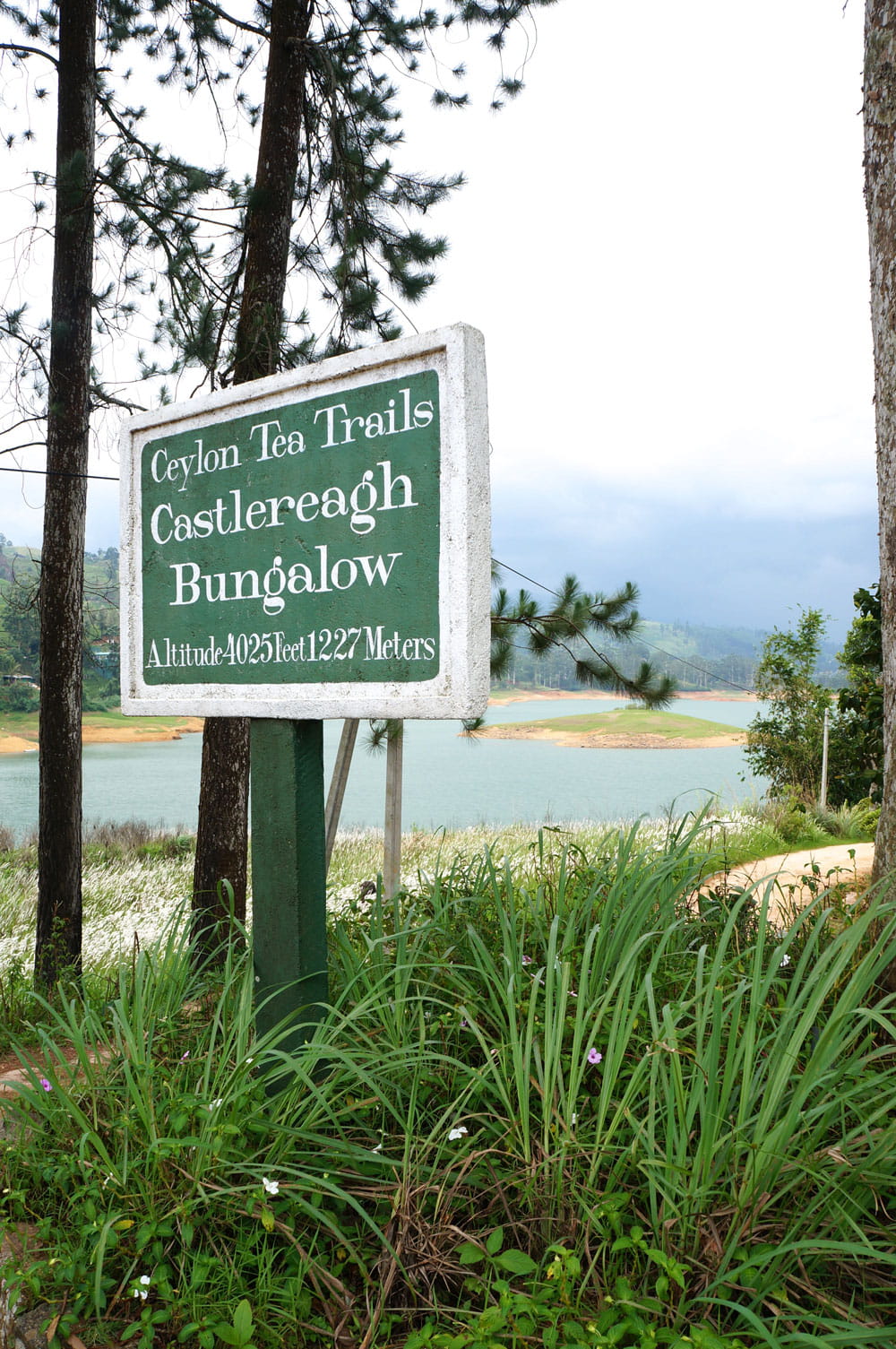 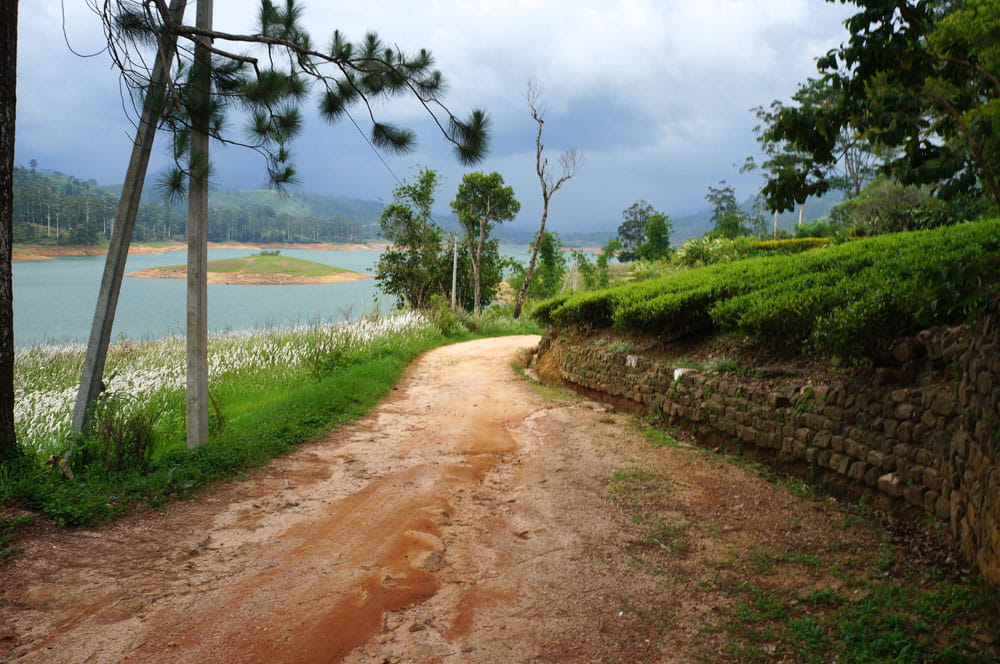 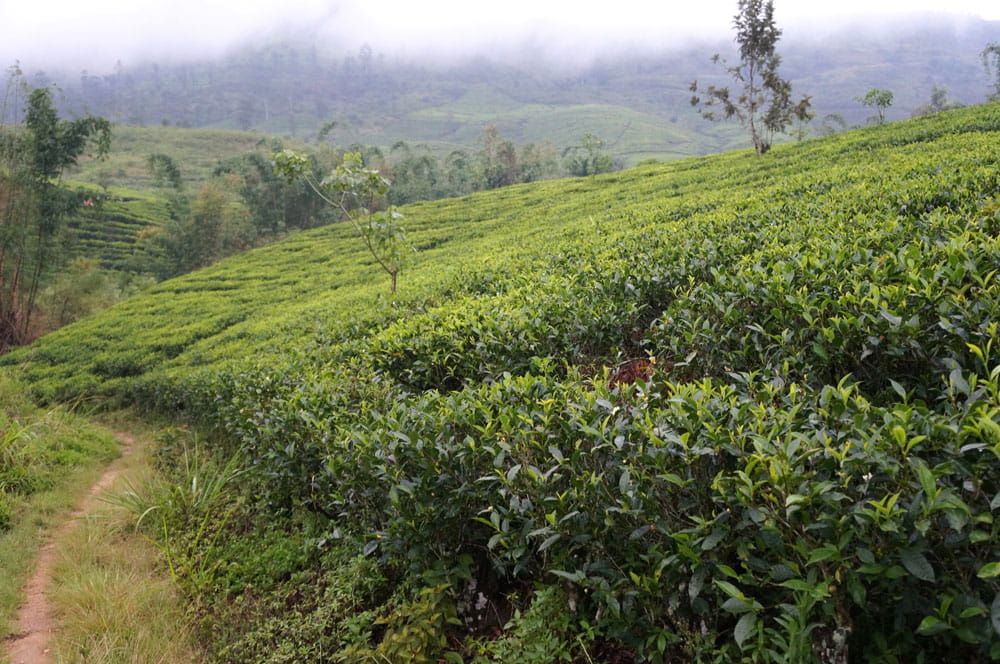 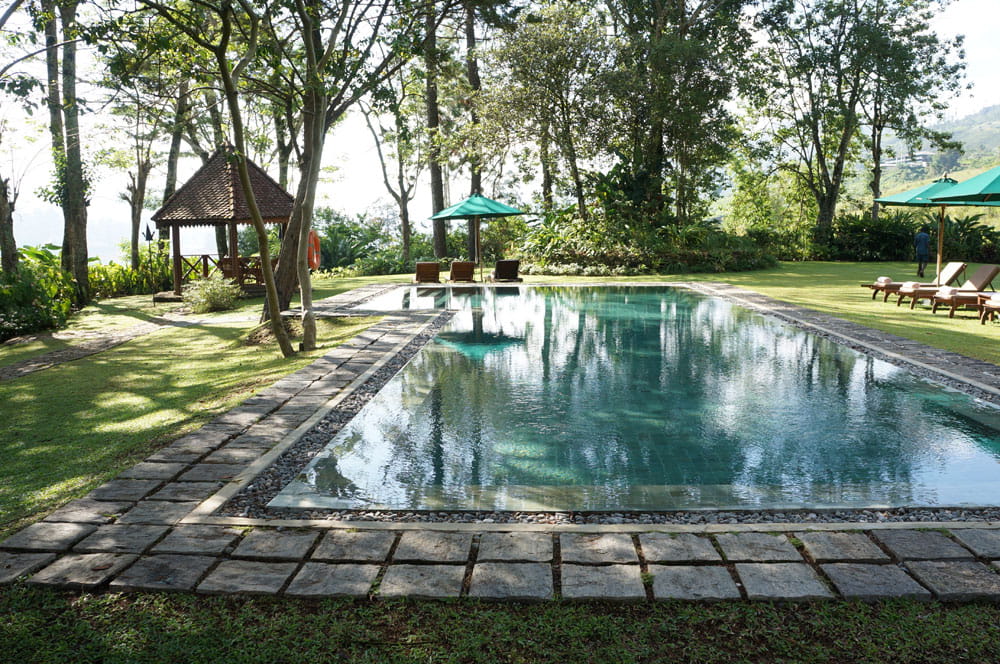 Pool at the hotel

day 6:
If we were going to make a change to our itinerary based on our experiences, the only thing we would have done differently would have been to take the sea planes landing in the nearby lake back to Colombo versus the winding, nauseating 5 hour drive back down to Colombo. We hadn’t gotten car sickness on the way up but going down was another story.

I’ve never gotten motion sickness, not one time. But that drive did it. We were dropped off by our friend and driver at the airport where we took a quick 1.5 hr flight from Colombo, Sri Lanka to the Maldives. Check out the Maldives portion of this trip in Part II (coming soon!).

This entry was posted in Family, Far East, and tagged Sri Lanka,