Wild, remote and rugged, this archipelago of 778 islands is completely unlike anywhere else on Earth. The Falklands is home to coves flanked by wildflowers and native tussac grasses, waters awash with whales and expanses of unspoilt beach with an abundance of seals, penguin, dolphin, elephant seal and over 200 specials of bird.

Located on one of two primary islands, Stanley, is a lovely sheltered harbour that was once a bustling port in the 19th century. Wander through charming streets of brightly coloured houses, lively pubs and shops peddling local art, hand-made soap, jewellery and wool. The island also boasts a colourful history. Stop by the philatelic museum to learn about the island’s fascinating postal history, the historic Dockyard Museum, featuring exhibits tracing England’s 1982 conflict with Argentina and an impressive waterfront war memorial. The island even has a craft brewery to enjoy a pint in after a day of exploring. 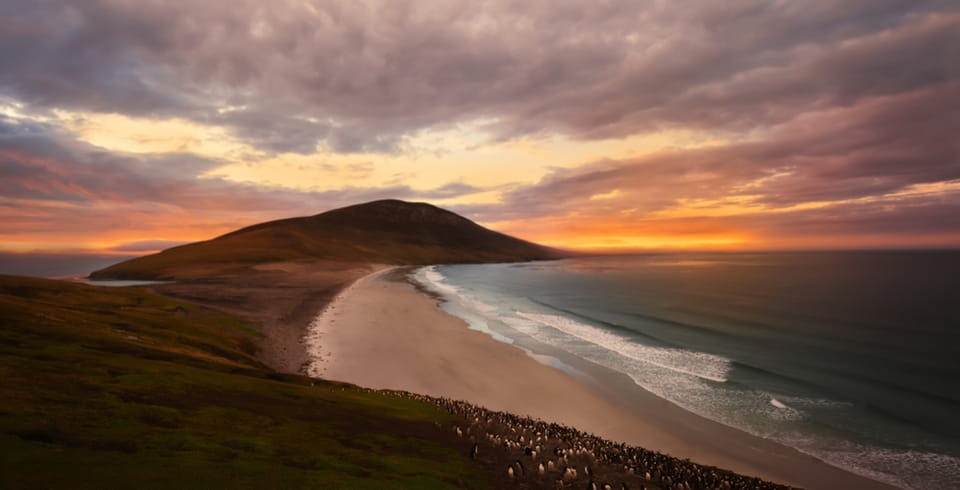 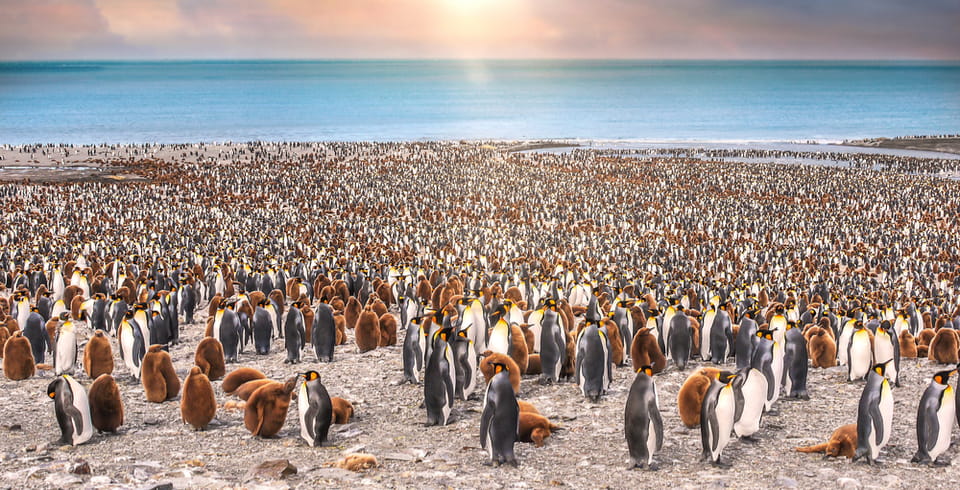 The Weddell Sea is also home to numerous penguin colonies and the Adélie penguins are undoubtably the most abundant. This is particularly evident on Paulet Island, a small volcanic island and a favourite of penguins and tourists alike with 100,000 pairs of Adélie penguins flocking to Paulet Island’s central cinder cone each year. If the weather permits, you can sail further south where you will find an Emperor Penguin colony and far wandering penguins can often be found perched on ice flows. 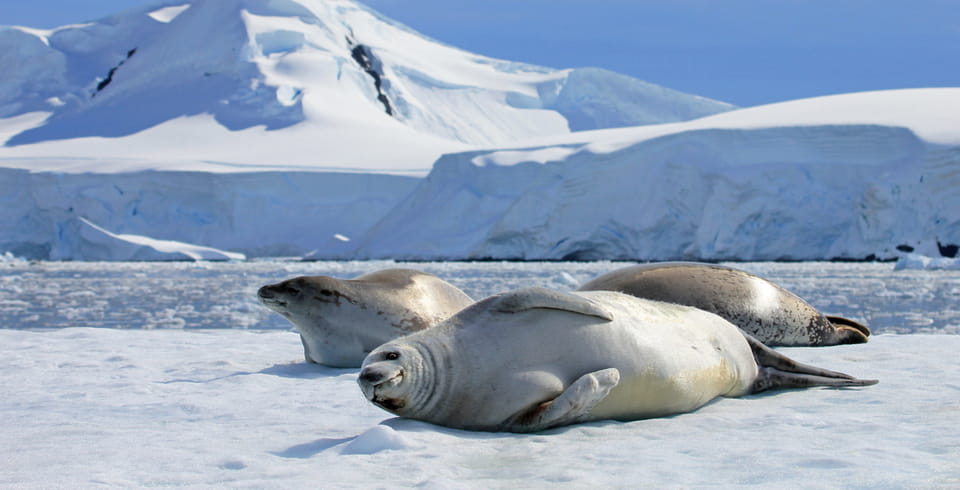