High ceilings and huge stone chimneys dominate the main guest areas and dark leather armchairs and deep coloured rugs create inviting spaces to relax and unwind. Sumptuous local cuisine can be enjoyed on the viewing decks, in the dining room, by lantern light in the cosy walled boma or in any of a number of awe inspiring locations across the reserve.

The 15,800 hectare reserve is set on the edge of the former Karoo Basin where several of Africa’s vegetation zones converge and biodiversity is extremely rich. The Kwandwe landscape is dominated by valley bushveld on open plains and rolling hills, with succulent euphorbias, aloes and spekboom among the characteristic plants. Thousands of animals, including the ’big five’ (lion, leopard, elephant, rhino and buffalo) have been reintroduced to roam the reserve, which is also a haven for endangered animals and birds, and numerous programmes to support them have been introduced. 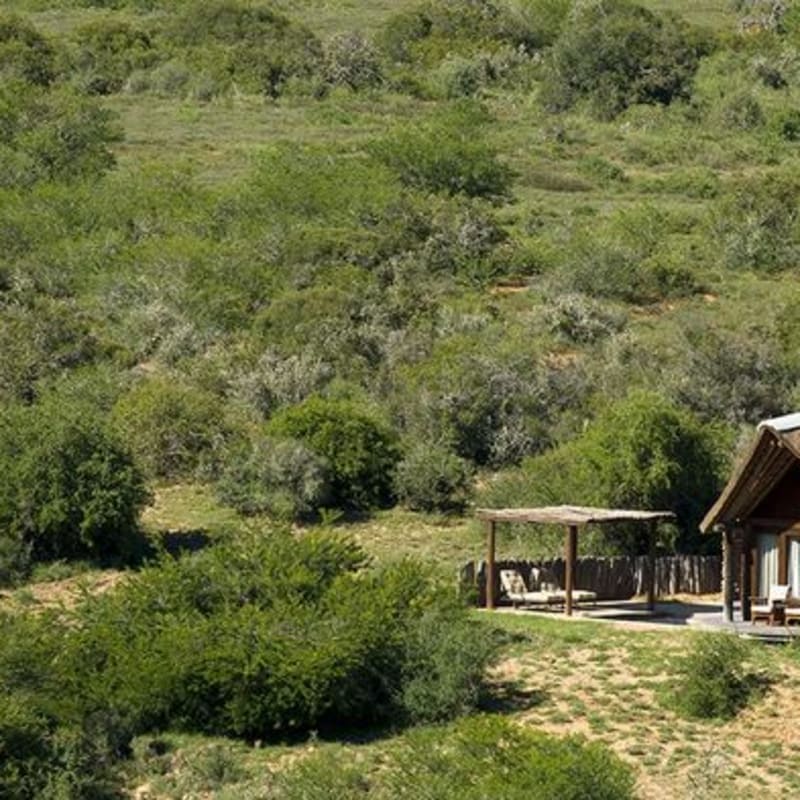 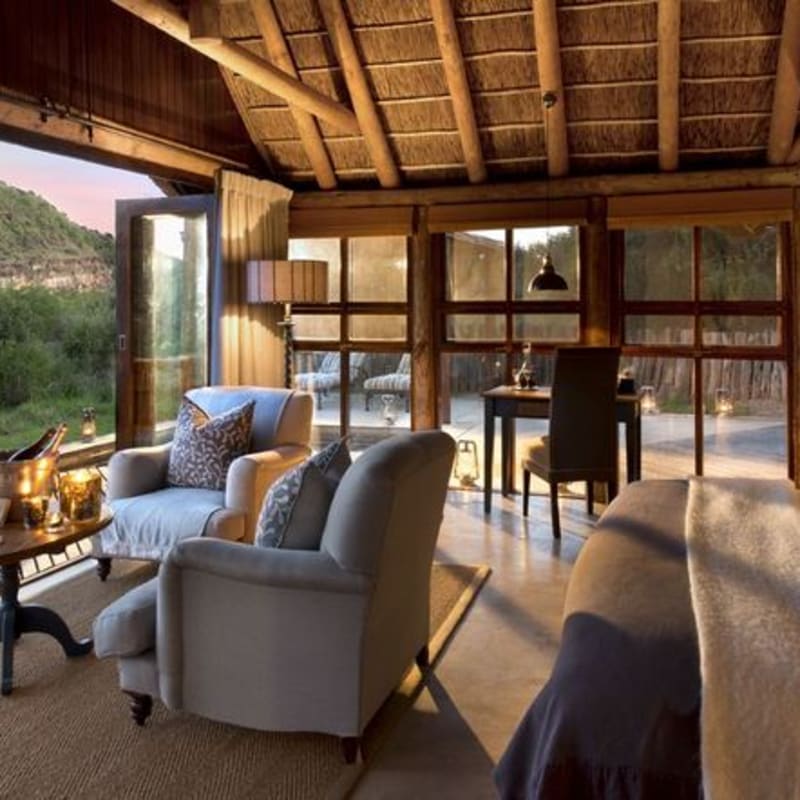 Set along the 30 km of privately owned, lush green banks of the river after which it is named, Great Fish River. Nestled in the heart of South Africa's unspoilt Eastern Cape province lies Kwandwe Private Game Reserve, a world-class Big Five safari experience in 22 000 hectares (54 000 acres) of pristine private wilderness.