Japan has been at the forefront of rail travel for generations. First wowing the world at the 1964 Olympics, the famed bullet train whirred into existence and its unrelenting progress has continued full steam ahead ever since.

Not only is the Shinkansen a staggeringly efficient way of getting from A to B but also one of the best ways to explore the country. As a firm favourite amongst the commuter crowd and with visitors alike, the bullet train connects much of Japan to Tokyo, reaching north, south and west, across the Japanese Alps to Kanazawa.

Whether it’s witnessing the buzz of Shinjuku station, or taking the two and a half hour journey to Osaka over three hundred miles away, experiencing Japan’s trains is certain to be a highlight of your holiday. Whilst train travel has a reputation for maintaining a leisurely pace, the bullet train offers passengers an unforgettable ride at an unprecedented rate. Pick up a bento box at the station and spend the journey gazing out of the window, watching as the blur of Tokyo’s cityscape morphs into a haze of green as you speed through its verdant countryside.

Unsurprisingly, the bullet train has been crucial in putting many Japanese cities on the map, revealing their charm to the outside world. Stretching as far north as Japan’s northernmost island of Hokkaido, and as far south as Kagoshima in the very south, the bullet train is a lifeline which joins the dots between its many cities. Taking the bullet train is a fantastic way to see the country, allowing you to incorporate many of Japan’s highlights whilst experiencing super speed travel at its very best. Thoughts of train travel on holiday often conjures up images of missed connections, unfamiliar pre- departure rigmarole and undue hassle. However, leaving your travel plans in the hands of our specialists will leave you with nothing to do except board the train and enjoy the ride. 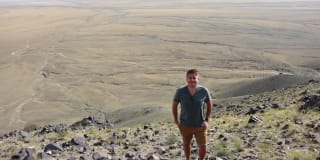