This dual-center itinerary is perfect for those looking for a combination of culture and relaxation, city and beach and would make a fantastic first visit to Turkey for all the family to enjoy. Delving deep into the delights of Istanbul you’ll visit the Grand Bazaar, discover the history of the Ottoman empire and visit beautiful palaces and mosques. You’ll then journey to the glistening coastline where you can relax and savour uninterrupted ocean views, whilst sampling delicious local dishes.

Your journey starts in the great city of Istanbul, the capital of the mighty Byzantine and Ottoman Empires. Here, east meets west here as it bridges two continents, Europe and Asia. Istanbul’s shores are bordered by the Sea of Marmara, the Golden Horn and the Bosphorus Strait, with its monuments spanning over seven hills. Istanbul is one of the most fascinating and vibrant cities in the world and a visit to here will bring out a sense of adventure and provide a feast for the senses. We have included a private cruise on the grand Bosphorous River, which runs through the length of the city and is a fantastic way to soak in the sights and gain your bearings on this fantastic city.

We also have included a private guide for you who will showcase the highlights of the city, detailing its history and broad cultural influences. The Topkapi Palace was once the opulent residence of the Ottoman sultans and the political center of the Empire, with magnificent collections of Chinese porcelain, Ottoman textiles, gold and jewels. The Topkapi Palace is a stone’s throw away from the terraced houses and bustling covered markets, which is perfect to explore at your leisure in the afternoon.

Your next day will take in the majestic Haghia Sophia, the great cathedral of Byzantium, an architectural marvel with its marble and mosaics. A short walk from here is the Basilica Cistern, the largest of several hundred ancient cisterns that lie beneath the city. This extraordinary cistern, located on the historical peninsula of Sarayburnu, was built in the 6th century. You continue to the mosque of Sultan Ahmet, also known as the ‘Blue Mosque’, unique in Turkey with its six elegant minarets.

The rest of your stay is at your leisure - don't miss a visit to the renowned Covered Bazaar. This huge warren of covered, winding streets has thousands of shops selling everything from the traditional to the modern, from the exquisitely beautiful to the commonplace. 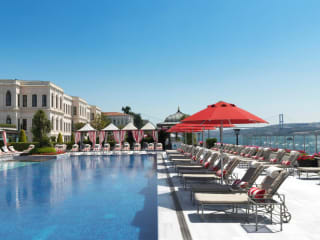 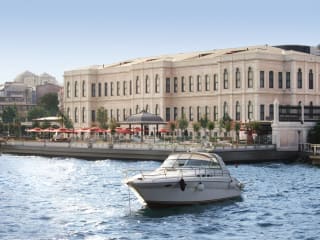 Leaving the bustling city of Istanbul behind, a short domestic flight, taking just over one hour, leads you south to the beautiful Bodrum peninsula. This stunning peninsula is a haven for luxury yachts and it is easy to see why with crystal-clear waters, long stretches of golden coastline and elegant marinas, surrounded by lively restaurants and bustling bars. After a busy few days exploring the bazaars and mosques of Istanbul, Bodrum is the perfect place to relax and enjoy the endless views over the glistening waters. Should you like to be a little more active, the coast is a great place to try out a range of water sports and you can even go scuba diving or snorkeling. Bodrum castle is also worthy of a visit, featuring Byzantine shipwrecks and majestic coats of arms.

Another option is to take a day trip to the ancient city of Ephesus featuring one of the Seven wonders of the Ancient World. Ephesus is one of the best preserved ancient sites in the world, dating from the third millennium BC and at one point was the capital of the Roman province of Asia. At its peak, Ephesus was the largest Greco-Roman city in Asia Minor with a population of 250,000. Here you can see the remains of this important Ionian city standing miraculously today, with the most remarkable being the theater, the Hadrian Gate, the Celsius Library, the Street of the Curetes, the Fountain of Trojan and the Odeon.

Positioned right on the European side of the Bosphorus, this lovely Four Seasons hotel has wonderful views across to Asia and the old town of Istanbul, and is away from the immediate hustle and bustle of the city.

Overlooking the sparkling waters of the Aegean Sea on Turkey’s west coast, Six Senses Kaplankaya is a beautiful resort which caters to families and couples and is ideally placed for exploring the region’s impressive archaeological sites and coastline.