Dwarika's Hotel in Kathmandu is a stunning example of meticulous preservation of local architecture and is a fantastic opportunity to stay in a luxurious heritage property in the heart of Kathmandu, and is simply a Scott Dunn's favourite.

Dwarika's stunning architecture and design is inspired by the architectural traditions of the Newari Kings. The doors and window frames are some of the features that follow these astounding forms. Dwarika's was inspired by one man, Dwarika Das Shrestha, who saw some ancient carvings being burnt as firewood as modernisation started to occur in Nepal- it became his passion to collect  and preserve as much as he could over the years to save them from going up in smoke. In 1988 he brought his collection together and opened the hotel, merging together several old traditional Newari houses around a central courtyard and incorporating everything he had collected. Today the central courtyard of the hotel is a haven from the hustle and bustle of Kathmandu. Dwarika's houses an extensive collection of artefacts from the 14th century onwards and has won awards for the preservation of Nepalese heritage in the Kathmandu Valley. Put simply, you will walk in and simply say wow.

Dwarika's contains 83 sumptuous rooms and suites, each with its own individuality and character. They are delightfully furnished, with luxury red and black fabrics giving it a dash of old and a flash of new. They all come with modern amenities, yet contain antique period furniture, handmade fabrics and boast meticulous attention to detail. Bathrooms are spacious and have sunken bathtubs and hand-made, natural cosmetics . There are four room categories ranging from the smaller Heritage Rooms, to the Junior Suites, Executive Suites and really rather impressive Royal Suite (just think what antiques and carvings adorn this suite!).

Famed for its food, Dwarika's uses local cooking techniques to produce cuisine of highly original quality and taste. Do absolutely try Krishnarpan, with its superb Nepali tasting menus. There is also a superb Japanese restaurant, Makos and an all day dining restaurant, Toran, which opens out into the central courtyard. For those who want to be rewarded after a trek in the mountains, then head to the Fusion Bar which overlooks the swimming pool and can offer a range of drinks. Much of the food served in the restaurants comes the owners organic farm.

The hotel has a glorious swimming pool designed to reflect the grandeur of the 12th century Malla Dynasty baths, and is located in the central courtyard. Dwarika's also has a small but superb spa - perfect to iron out those trekking aches and pains!

Try their Nepalese tasting menu - 22 courses in all! 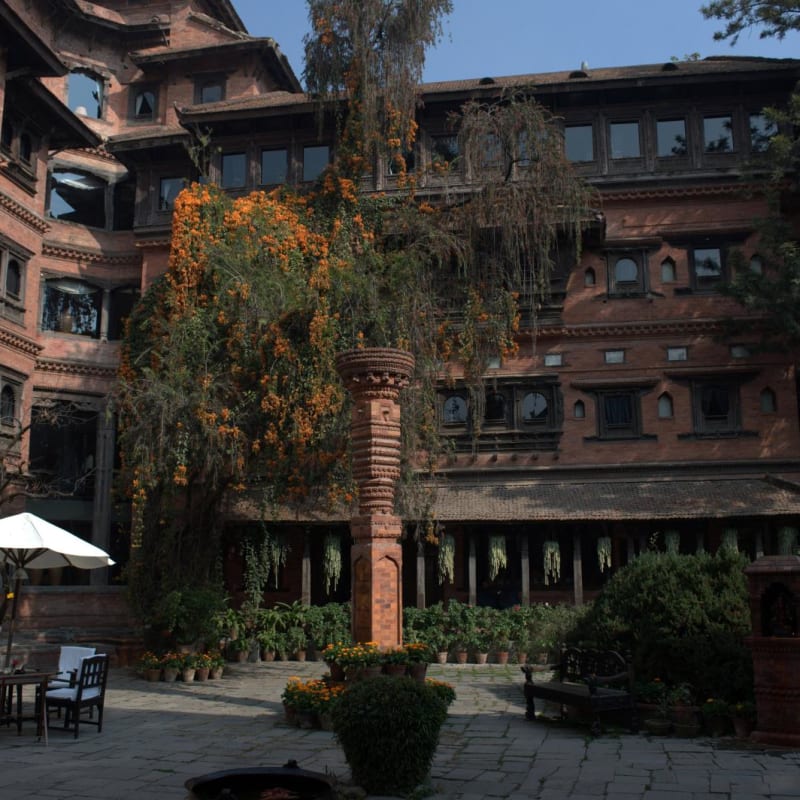 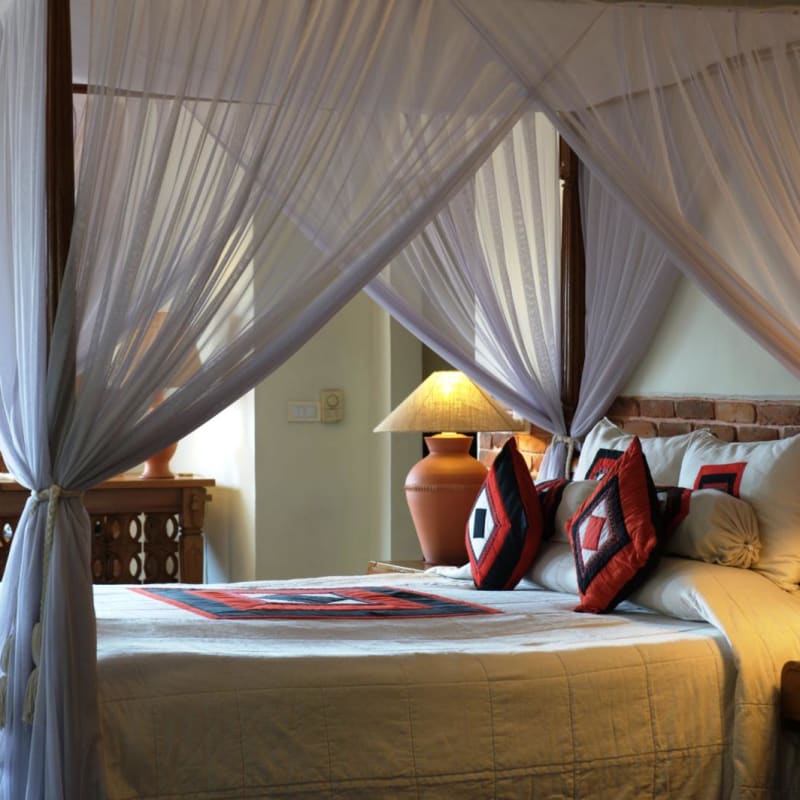 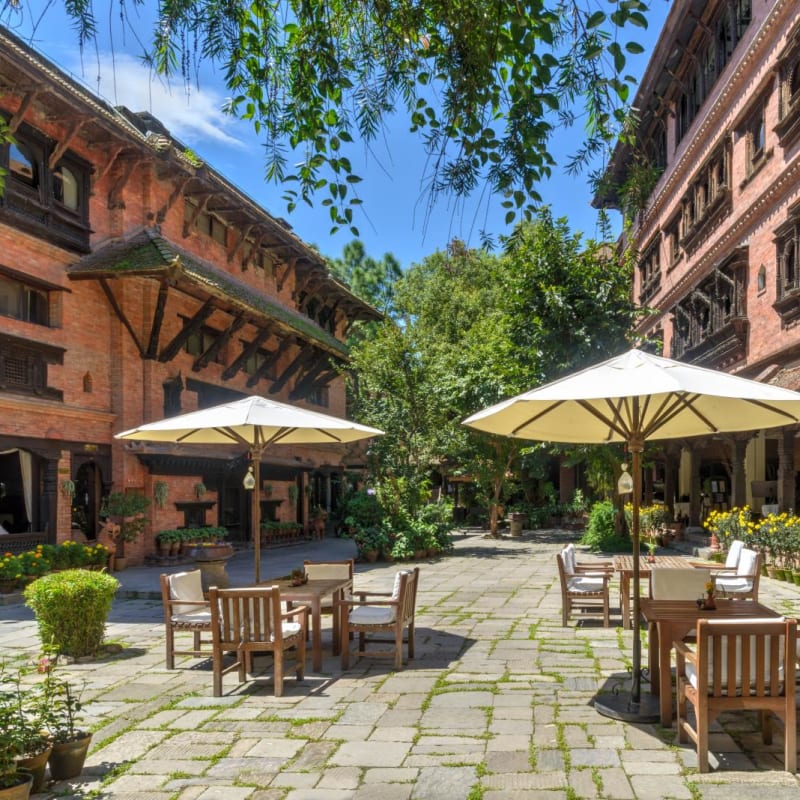 The Dwarikas Hotel is located at Battisputali Road, just about 2 km from Tribhuvan International Airport and within a walking distance from the most sacred Hindu temple of Pashupatinath. Transportation to and from the hotel is very convenient as it is quite close to the Ring Road, linked with all major roads of the city. The hotel is about 15-minutes from Kathmandu Durbat Square and 20-minutes from the markets and restaurants of Thamel.