Baja, California is a narrow peninsula that’s surrounded by the Sea of Cortez on the East and the Pacific on the West. This region is host to a variety of extraordinary marine life and is renowned for its surfing, snorkeling and scuba diving. Baja might not be the first place that comes to mind when ...

Baja, California is a narrow peninsula that’s surrounded by the Sea of Cortez on the East and the Pacific on the West. This region is host to a variety of extraordinary marine life and is renowned for its surfing, snorkeling and scuba diving. Baja might not be the first place that comes to mind when you think ‘safari’ but this area has spectacular wildlife viewing. Here are Latin Travel Expert Alison’s top 10 wildlife moments in Baja.

1. Touch a Naturally Curious Grey Whale
During the winter, grey whales migrate to the warm waters of Baja, California. One of the longest migrations of any mammal on earth. From your boat, you can get close enough to see the distinctive grey and white markings that cover their skin. These patterns are created by parasites that drop off in the cold feeding grounds. And if you get especially lucky, you might see one with a unique heart-shaped blow on the top of their heads. 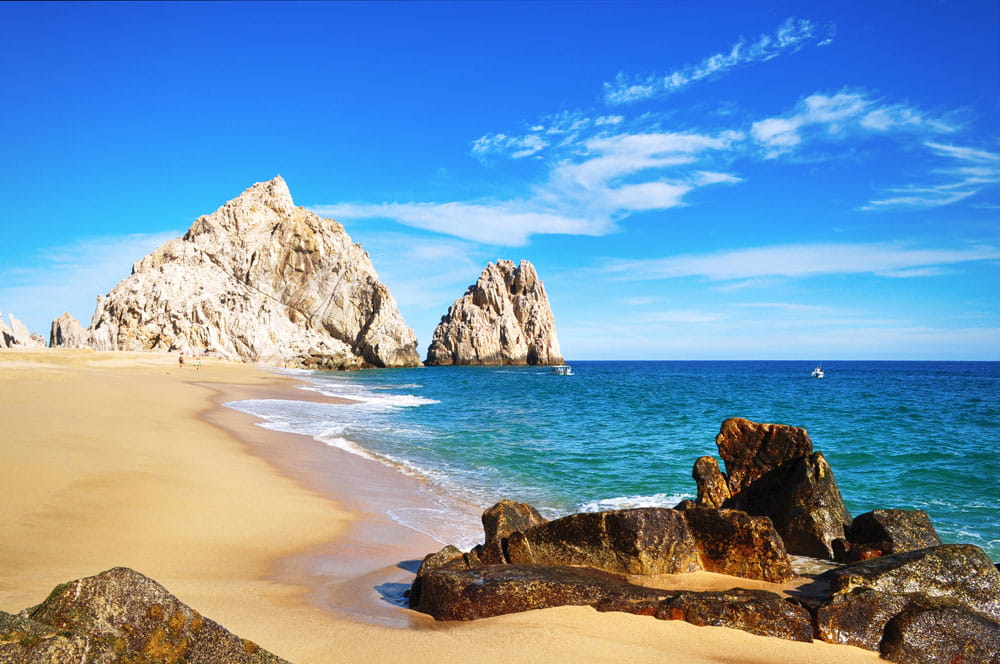 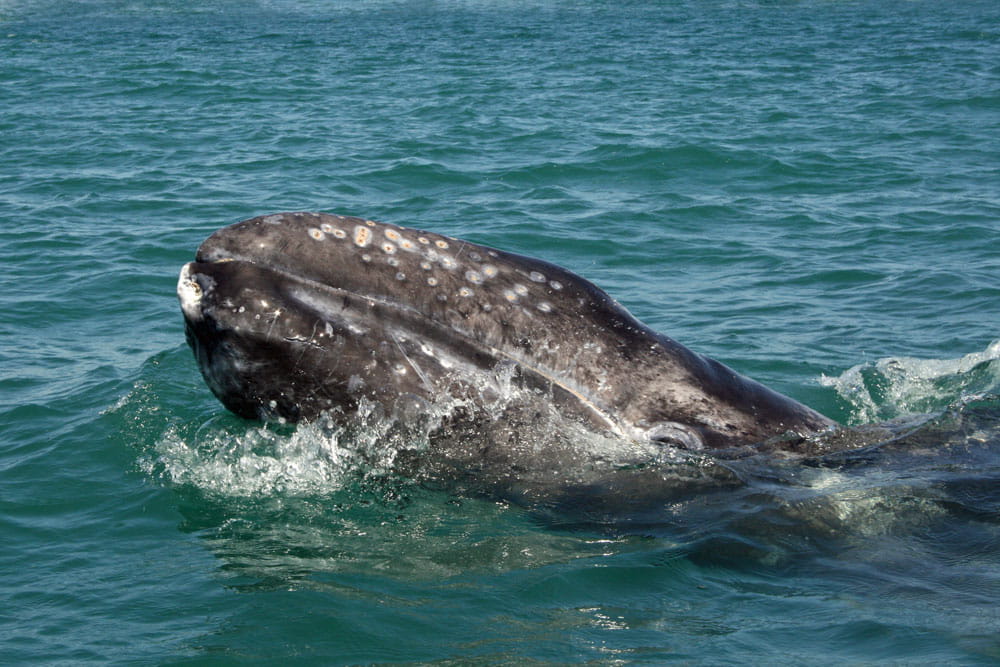 2. Swim Alongside the Enormous and elusive Whale Shark
Don’t let the name fool you, the whale shark doesn’t pose any danger to humans. Whale sharks are docile fish and sometimes allow swimmers to catch a ride on their fins (though we advise against this, because it disturbs the sharks), but swimming alongside the gentle and playful whale shark is truly a treat. 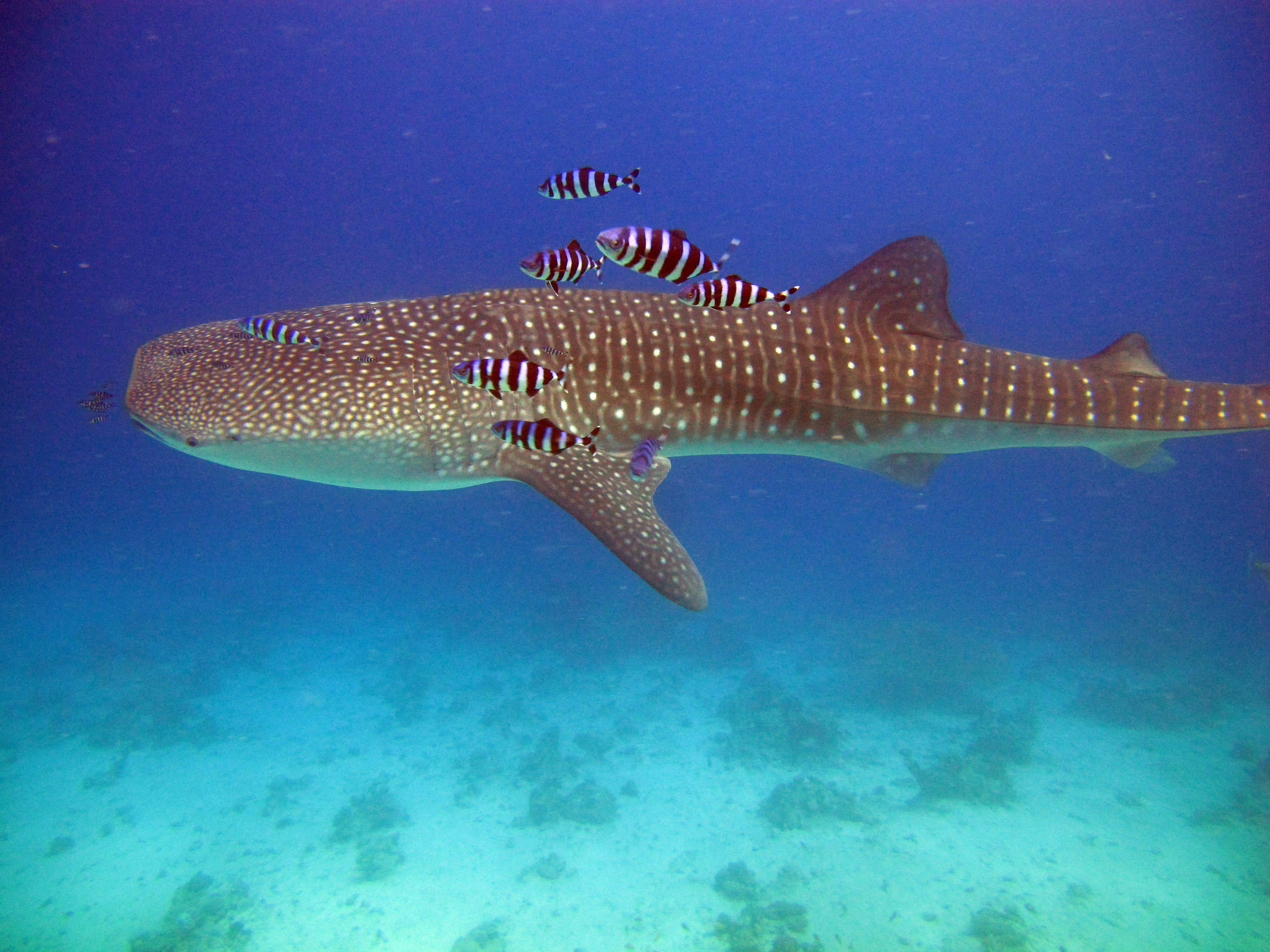 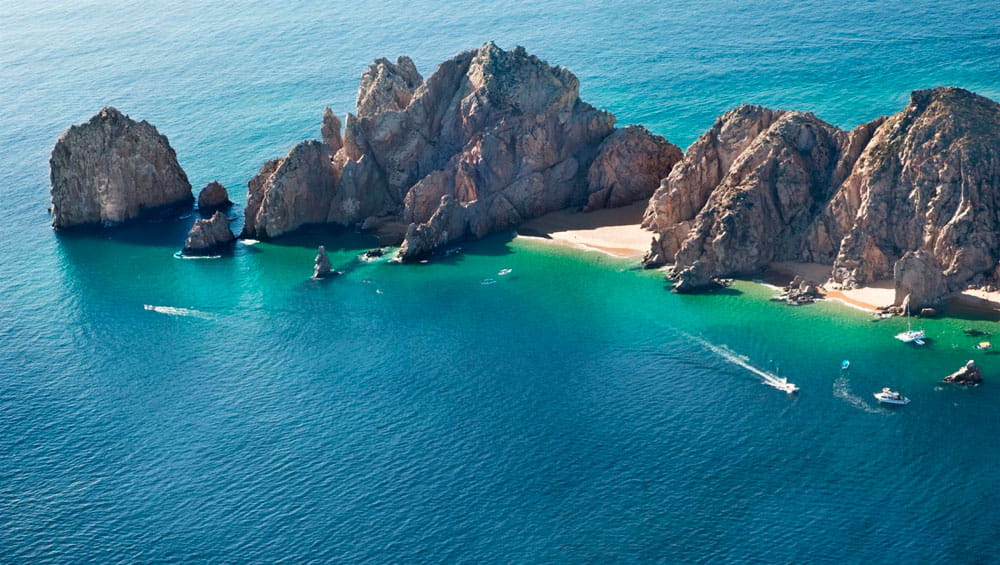 3. See a Humpback Whale Playfully Breach the Surface and Splash Back Down into the Water Again
Humpback whales are quite the performers. They are the singers of the sea. Their famous “songs” of long, loud, complex howls, cries and moans are only sung by the males. In addition to their magical calls, humpbacks will put on a great show for you by using their massive tail fin (called a fluke) to leap from the ocean and land with a flourish. Seeing a humpback in Baja will surely make a splash on your trip. 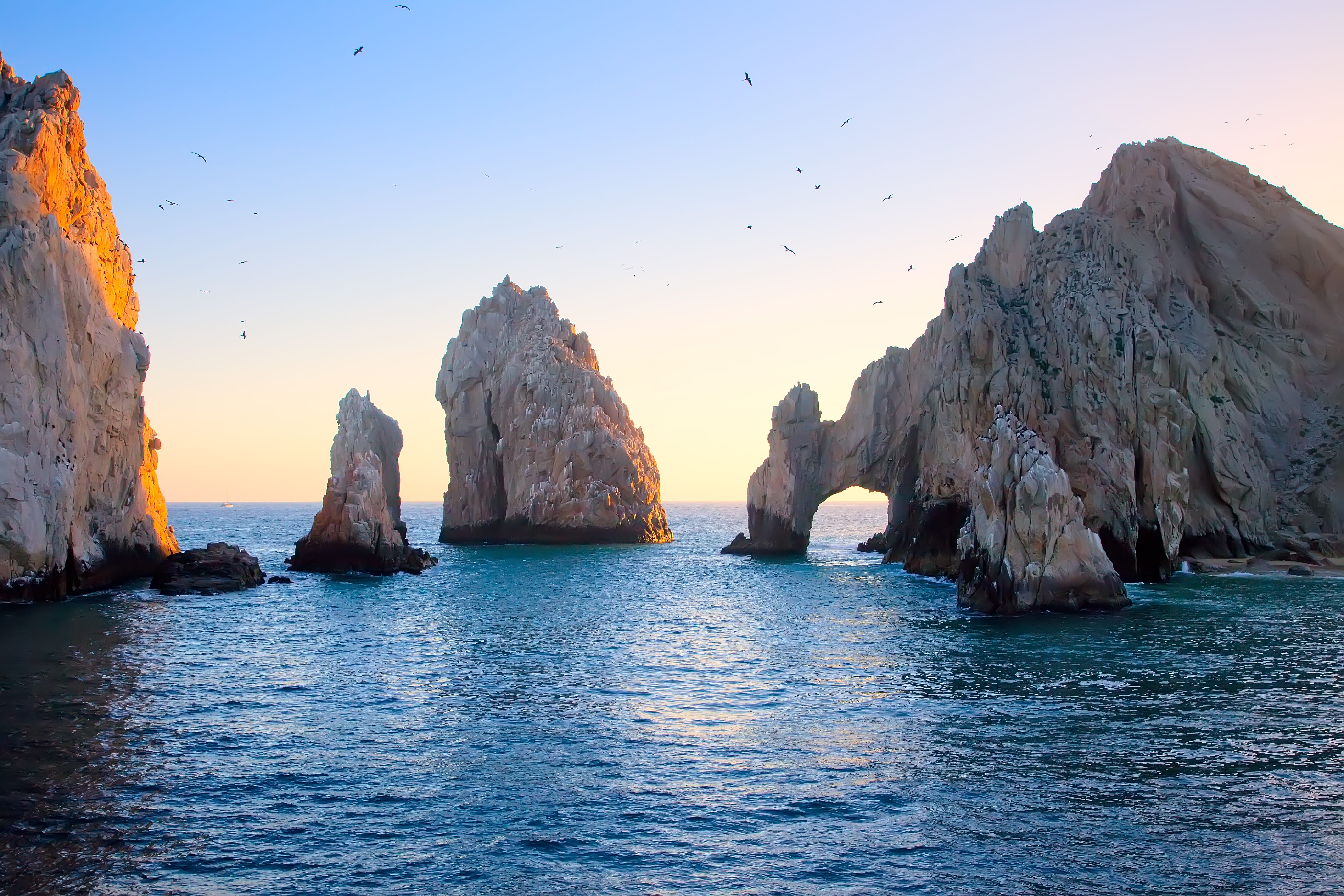 4. Get Caught in a Pod of Dolphins as they Surf on the Wake Created by your Boat
Though many species of porpoise like to congregate in the warm waters off the coast of Baja, the most special is the Vaquita. The petite Vaquita (Spanish for “little cow”) are endemic to the Gulf of California, and they like to live in the shallow murky lagoons along the shores of the Sea of Cortez. Baja is the only place in the world where you can see this species of endangered dolphin. 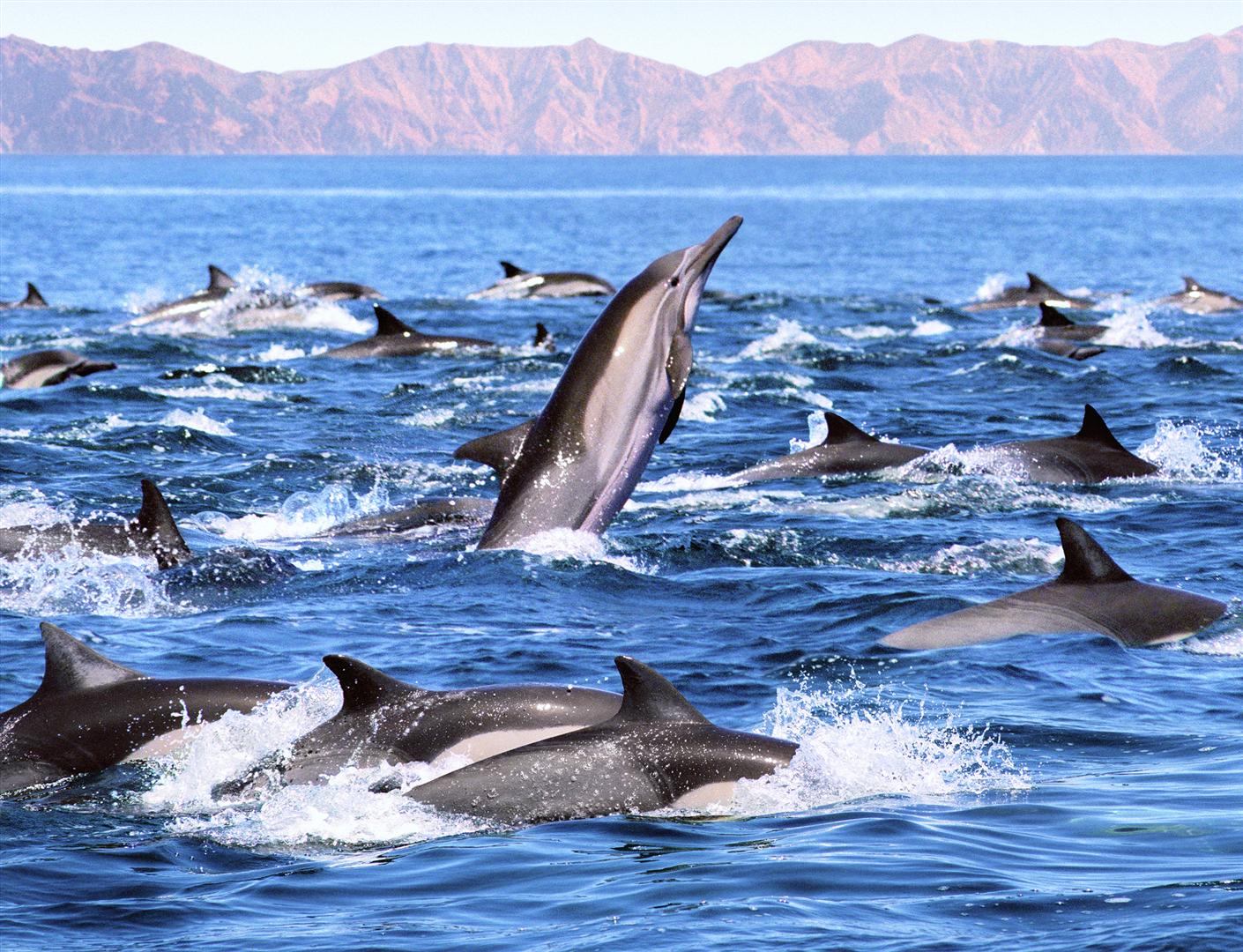 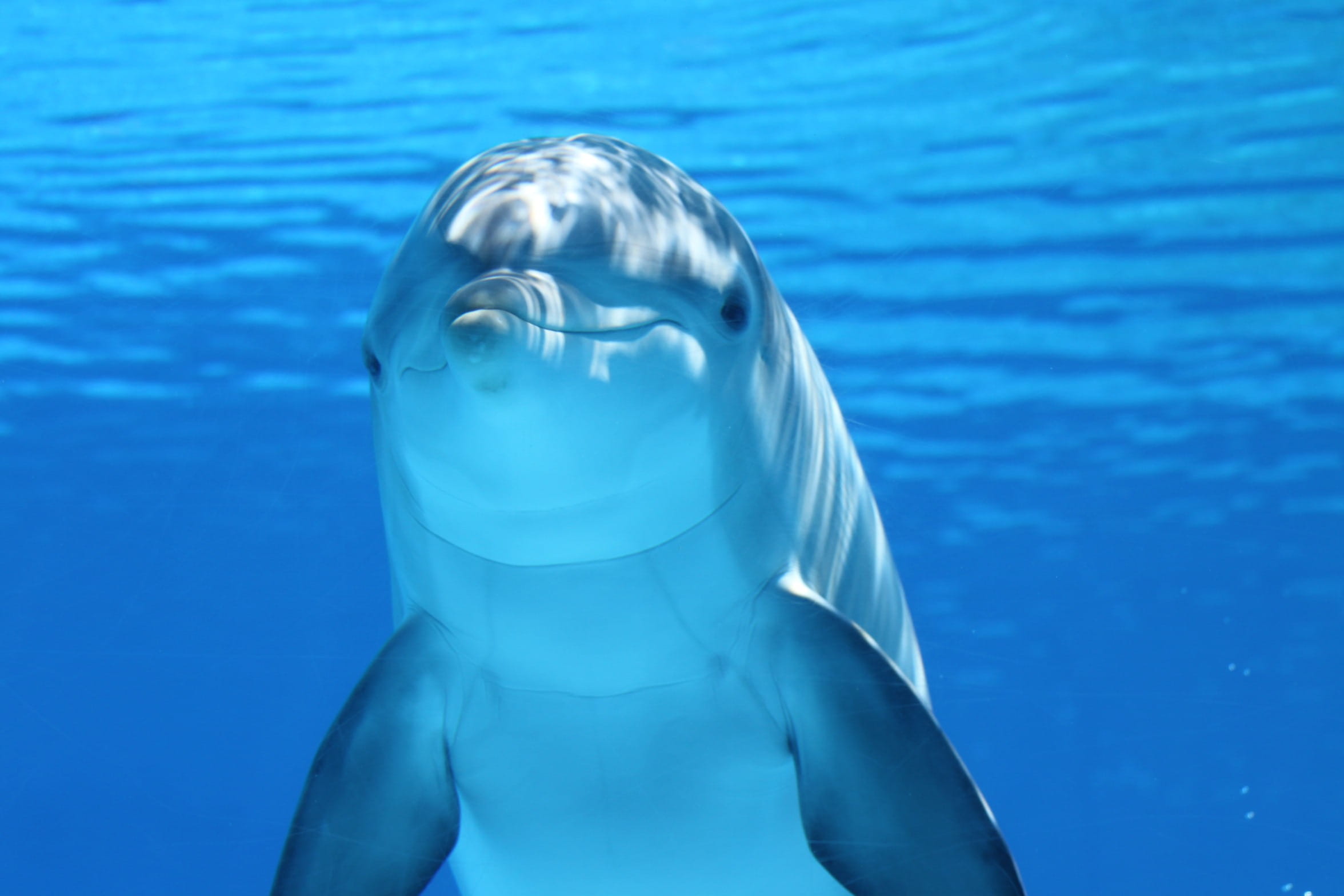 5. Snorkel With Tropical Fish in Crystal Clear Water at Isla Espiritu Santo
One of the most stunning islands in the Sea of Cortez, Isla Espiritu Santo is an important eco-tourism destination, and has perhaps the most beautiful beach in all of Mexico. The highlight here is the fantastic snorkeling. The surrounding reefs are home to angelfish, trumpetfish, parrotfish, Moorish idols and rainbow wrasse. 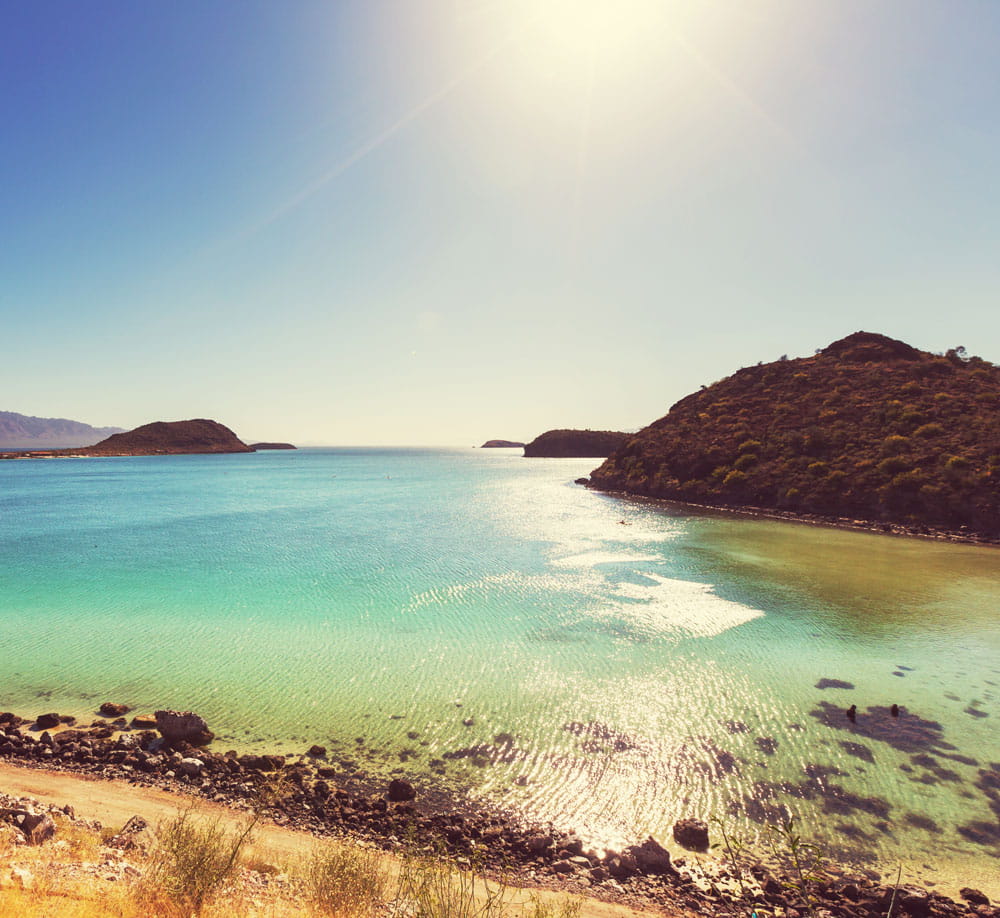 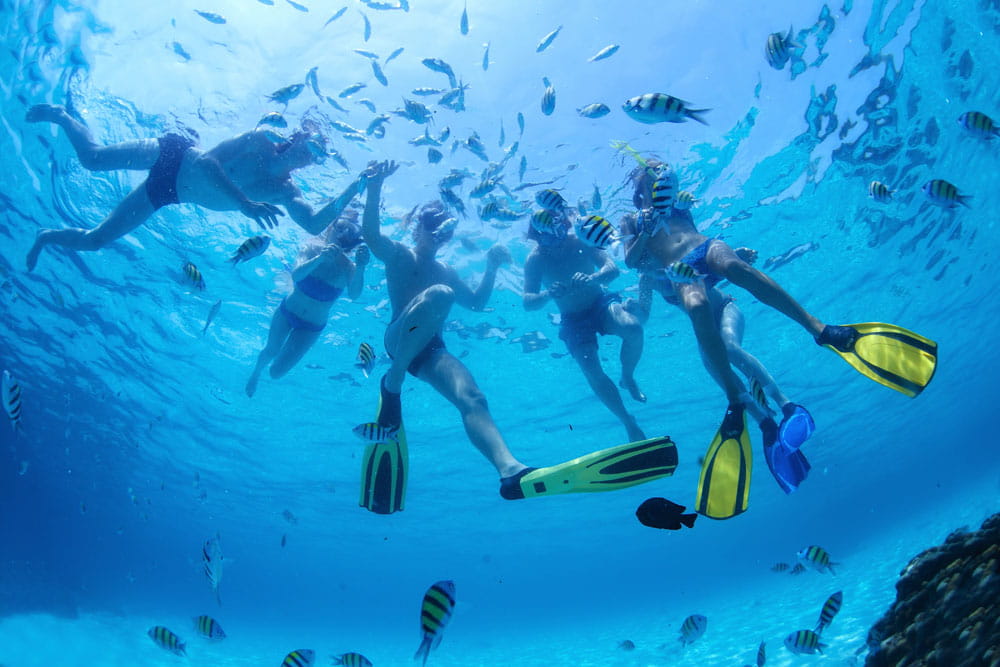 6. Spot the Largest Mammal in the World, the Massive Blue Whale
The blue whale is so large that in the 19th century they were mythologized and seen as menacing sea monsters. To put just how massive they are into perspective, blue whales are around 90 ft long, and have hearts that size of a car! Blue whales aren’t only the largest animals in the world, but the loudest as well. The call of a blue whale is 188 decibels, and can be heard up to 1000 miles away. Seeing the largest and loudest animal on the planet is something that needs to go on your bucket list. 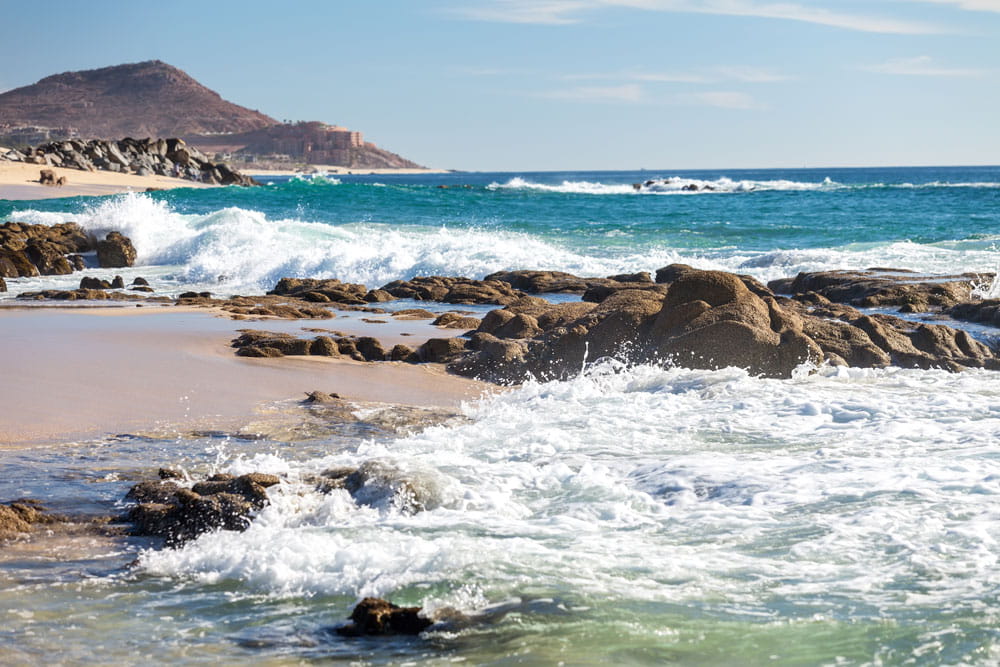 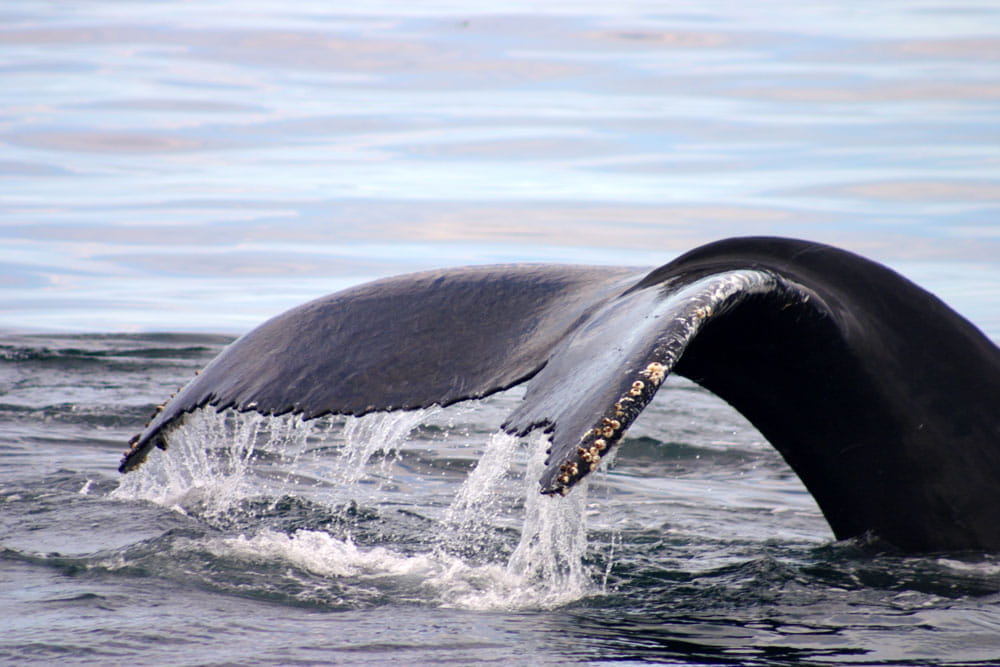 7. See the Unique Blue-footed Booby, Native to Baja California Sur
The blue-footed booby’s appearance is just as silly as its name. The males take great pride in their brightly hued feet. During mating rituals, the male birds strut their stuff for the females, showing off their wacky azure feet to potential mates. The bluer the feet, the more virile, healthy and attractive they are to the opposite sex. Don’t miss out on seeing these ridiculous creatures clumsily wandering on shore, or gracefully diving for fish. 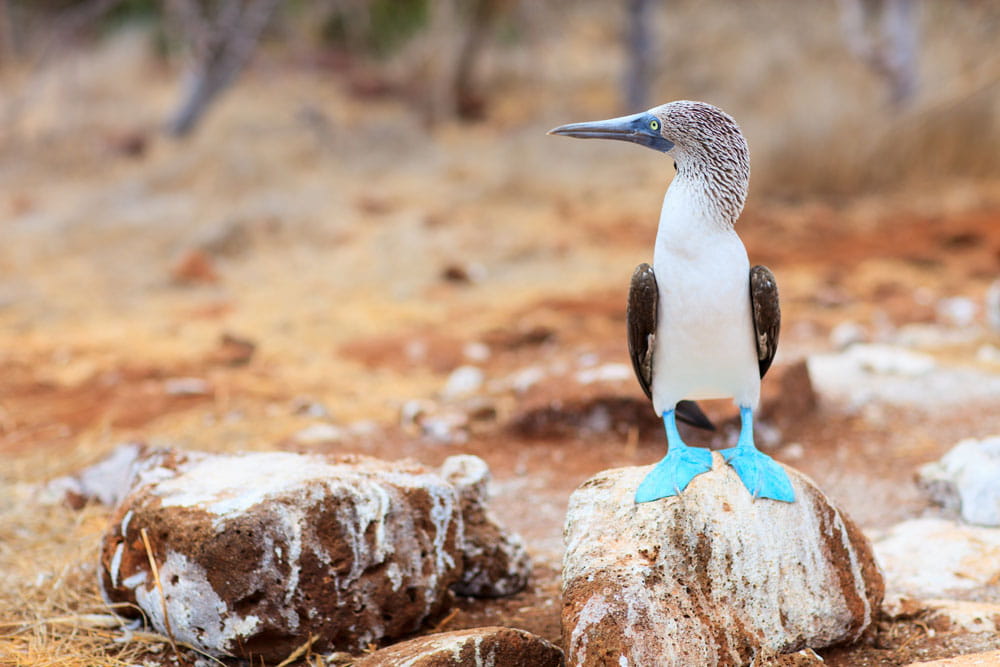 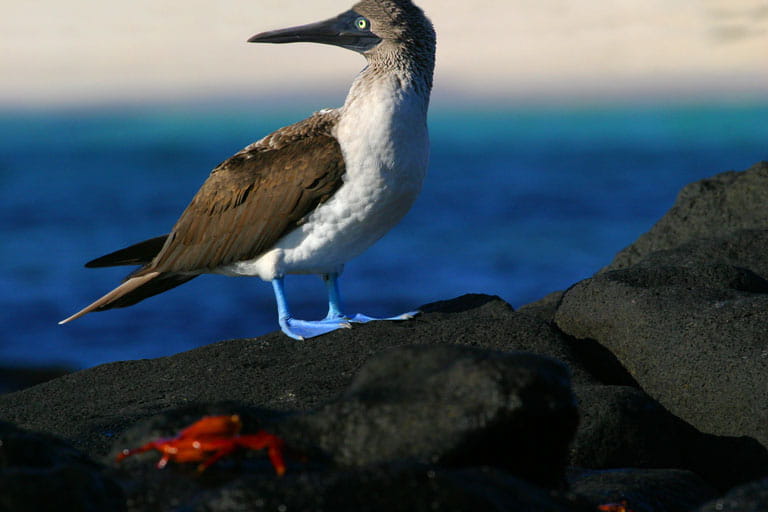 8. Watch Manta Rays Leap out of the Water and into the Air
It’s no surprise that this unique, winged fish is fairly aerodynamic. Mantas will sometimes breach, leaping entirely out of the water. And if traveling in groups, they may make aerial jumps one after another. Though it’s not known exactly why they do this, it may be for mating, birthing, communication, or to remove parasites. These acrobatic leaps are an electrifying spectacle. 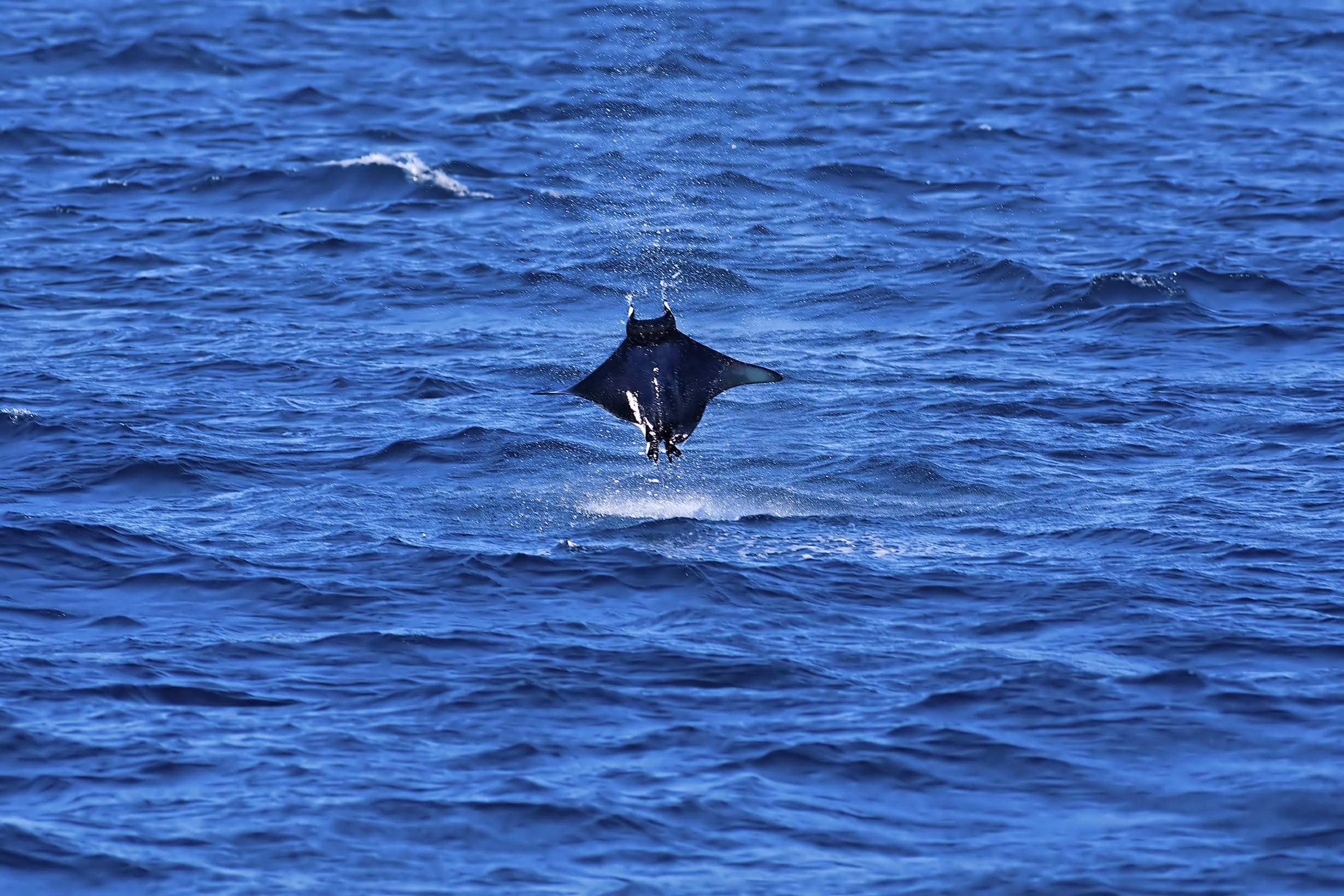 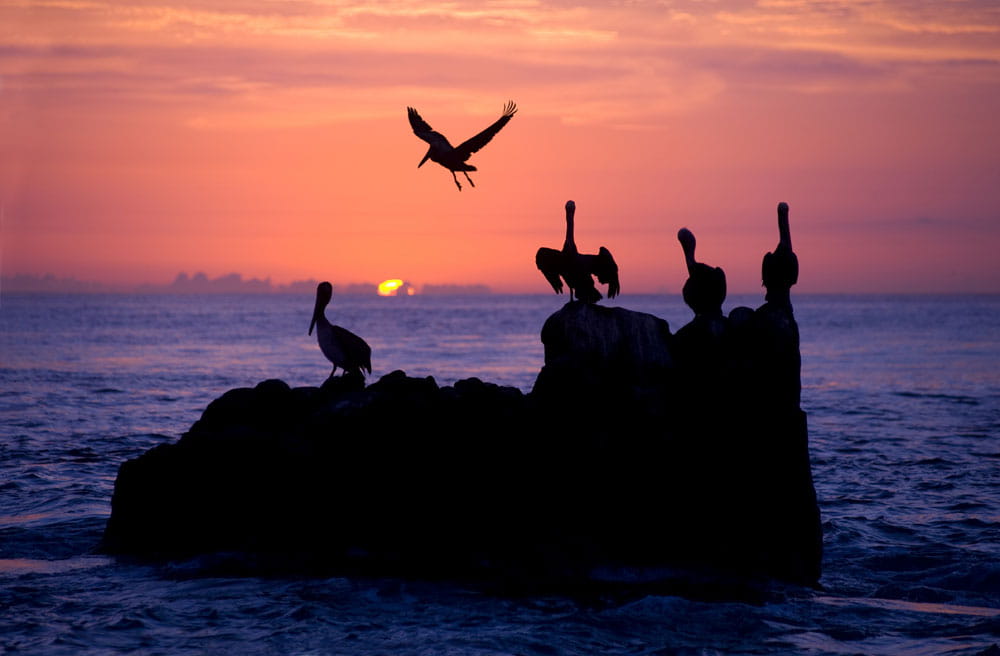 9. Witness  Fin Whales Playfully Interacting with Each Other
You wouldn’t think a creature so large would be so agile, but the fin whale is so fast and sleek that it has been nicknamed the “greyhound of the sea.” Pods glide down to Baja during the winter and the breeding season. This is prime viewing time to watch fin whales frolicking with each other, a sight you won’t soon forget. 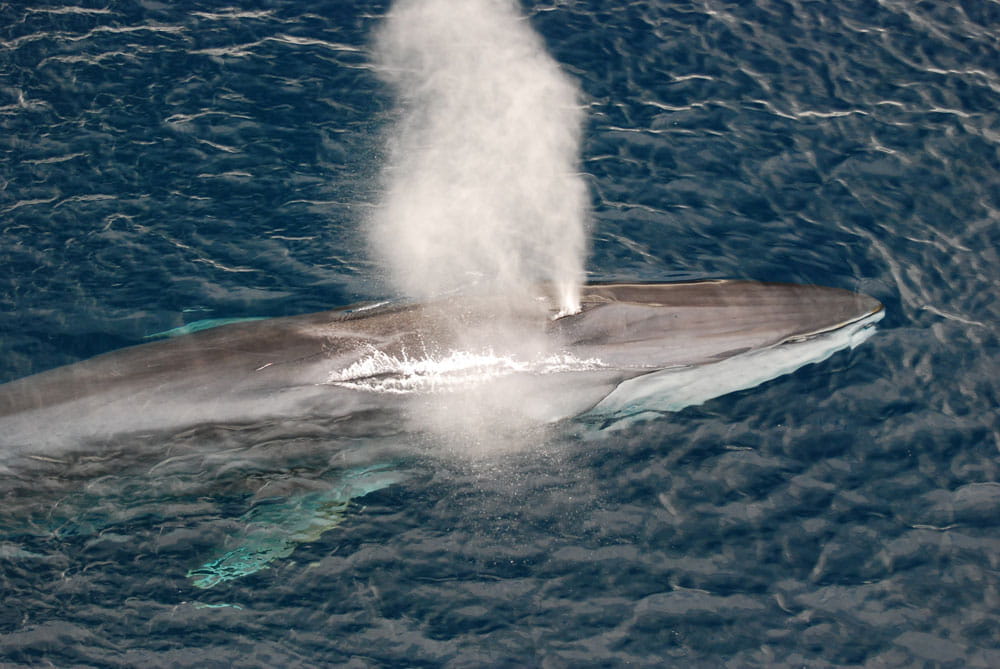 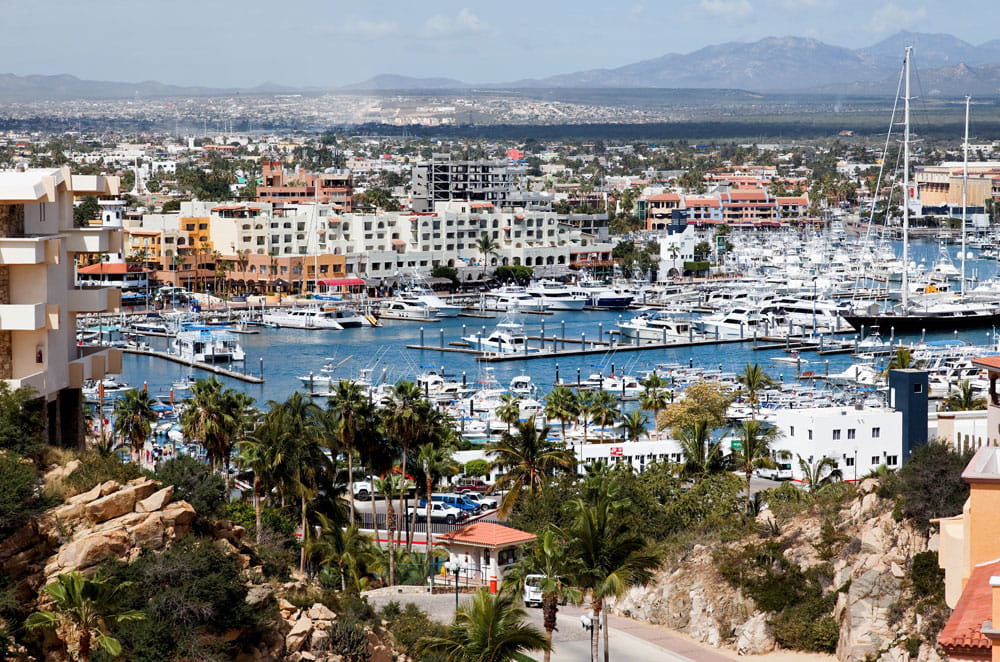 10. Snorkel with Flirtatious Juvenile Sea Lions
Sometimes referred to as dogs of the ocean, furry, intelligent and adorable, sea lions are in a scientific group of animals called pinnipeds, which means “wing foot” or “feather foot.” 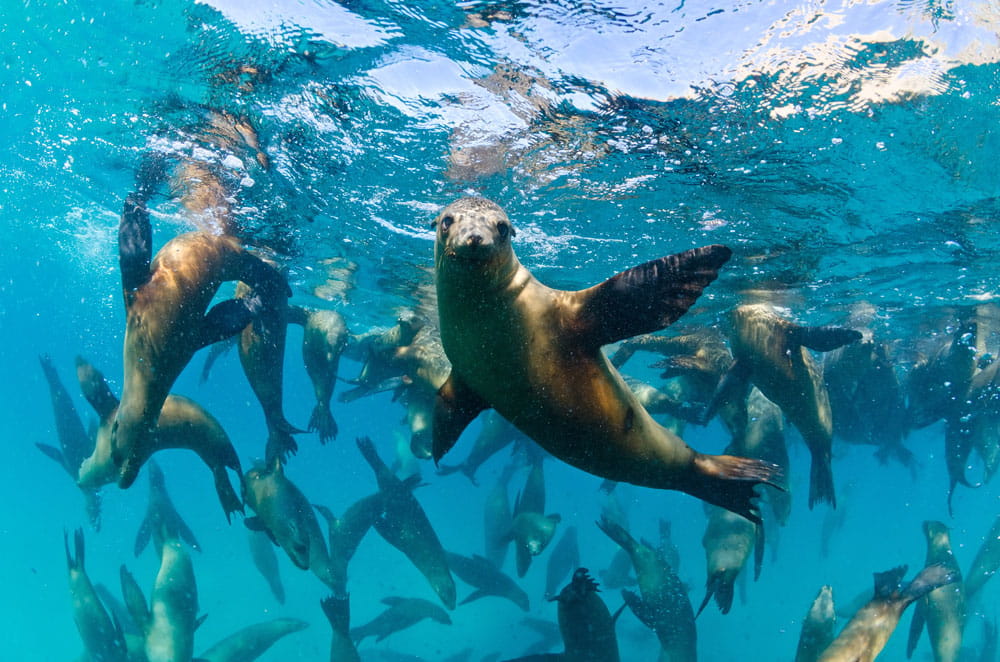 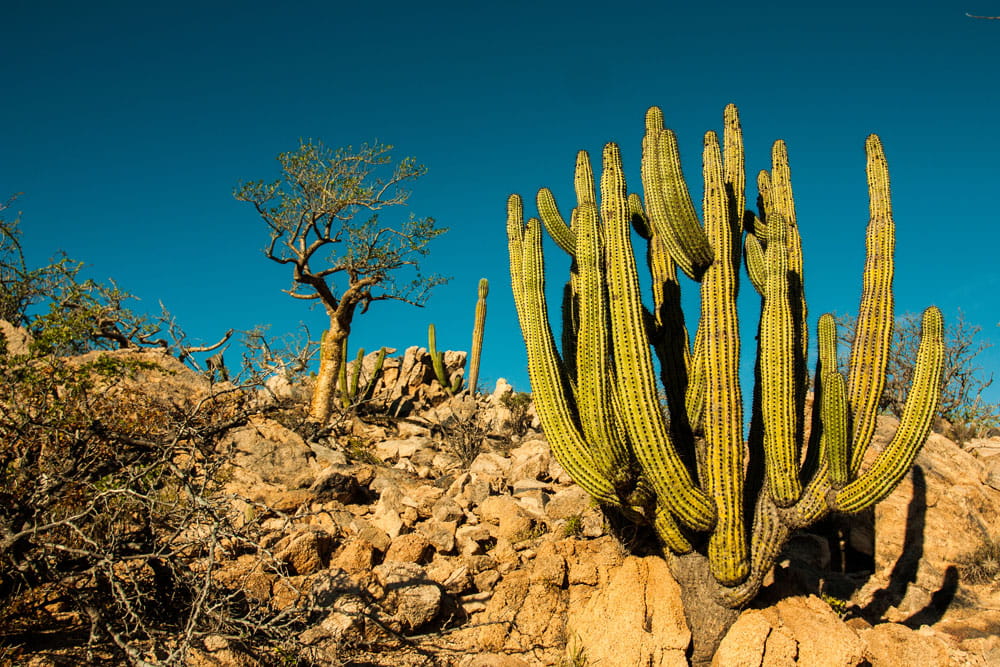