Dominic, one of our Travel Consultants, recently explored all corners of China from the bustling cities of Beijing and Shanghai, to the more peaceful provinces such as Yunnan. However, it was off-beaten-track China that really took Dominic’s fancy.

When I first imagined what my three weeks in China would hold I envisioned urban sprawl, power plants, pollution and people, actually mostly it was just people.

There are vast amounts of us Homo sapiens to be found in the country; Beijing and Shanghai are full to bursting and at times overwhelmingly humming with human activity. To put it in perspective Chengdu, which is by no means one of China’s biggest cities, had a population of four million in 2004 and now alongside its famous pandas is home to 14 million, almost double that of London. That’s an increase of a million people per year! 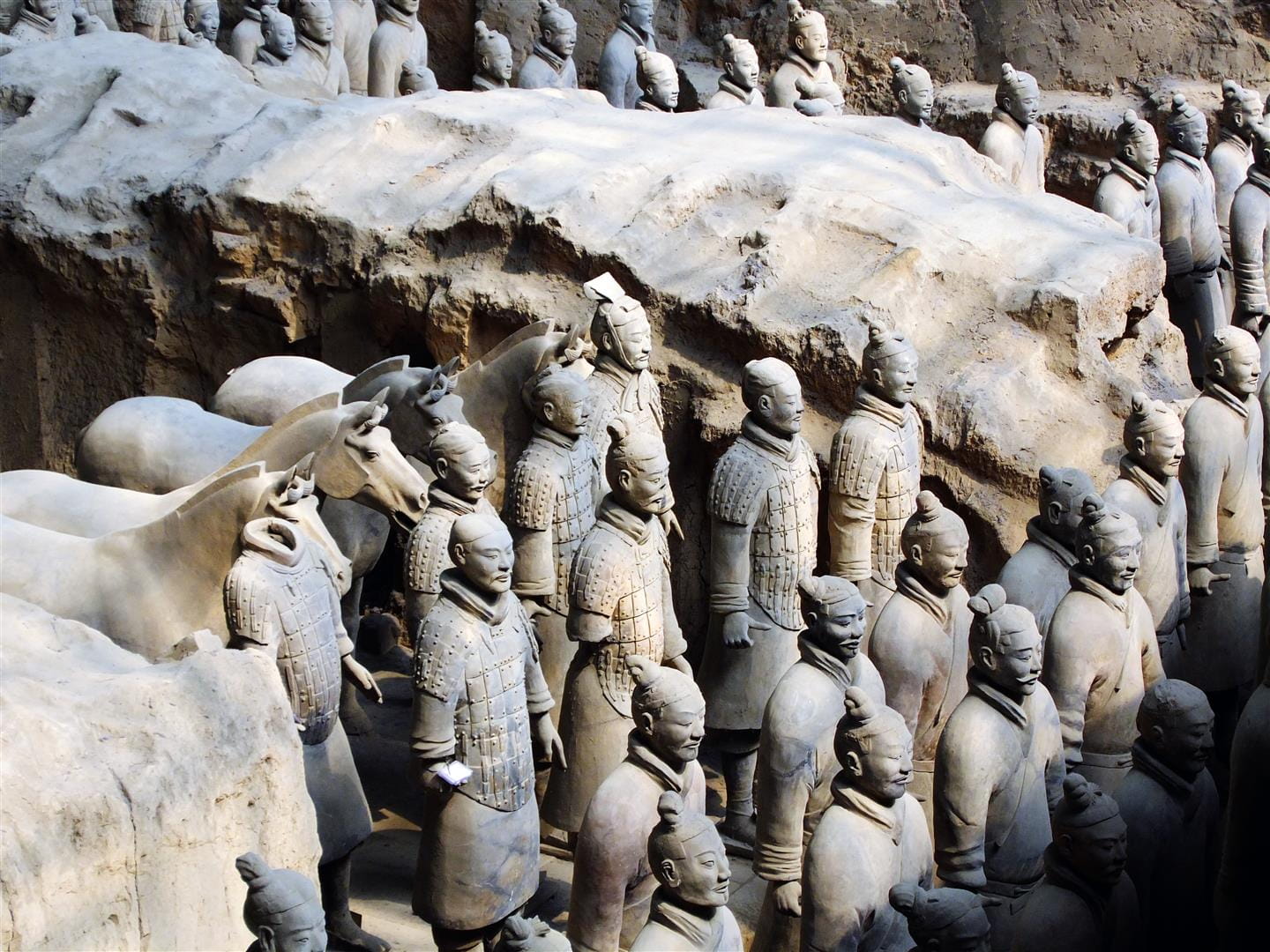 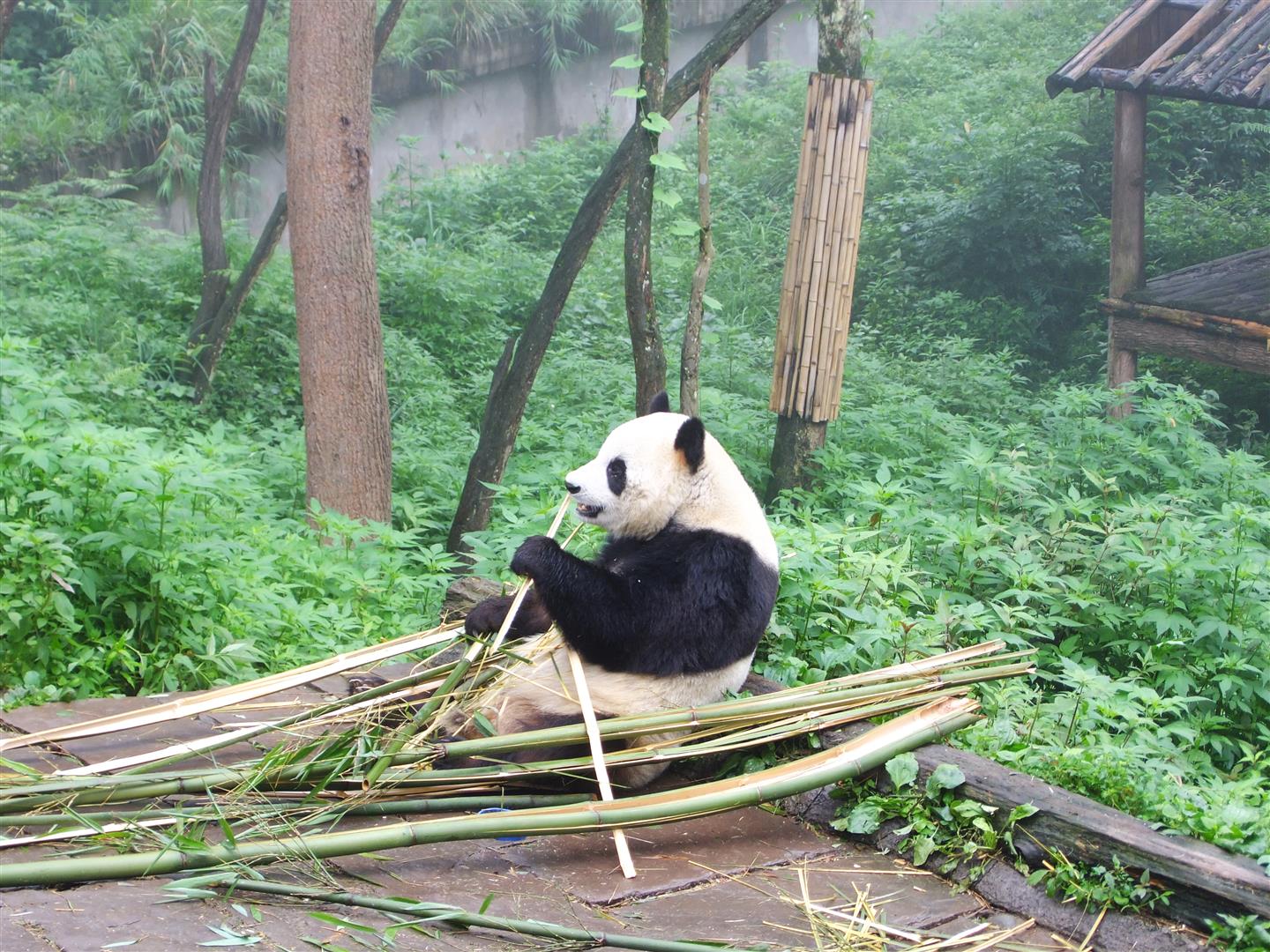 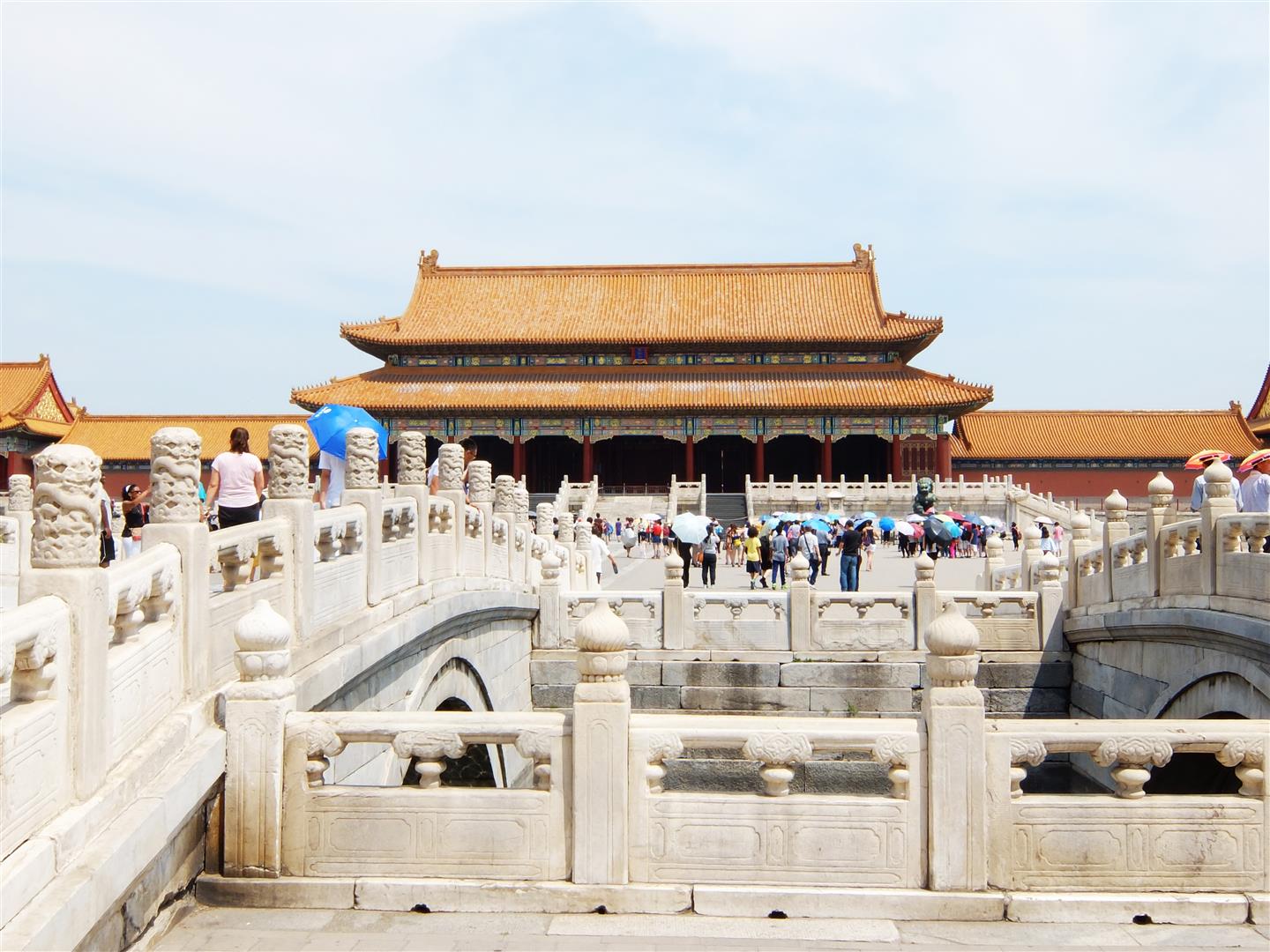 During my three weeks in China, avoiding these crowds did become somewhat of an obsession.  In Beijing, the Forbidden City is a hotbed of umbrella wielding tour leaders, but visit the Temple of Heaven instead one morning and you have a far more pleasant and infinitely more engaging experience. In Xi’an the Terracotta Warriors stand watch over a seething caldron of selfie sticks, but ask in advance and you can gain access to a secret “lower platform” away from the crowds with unobstructed views perfect for making out each individual’s unique features. 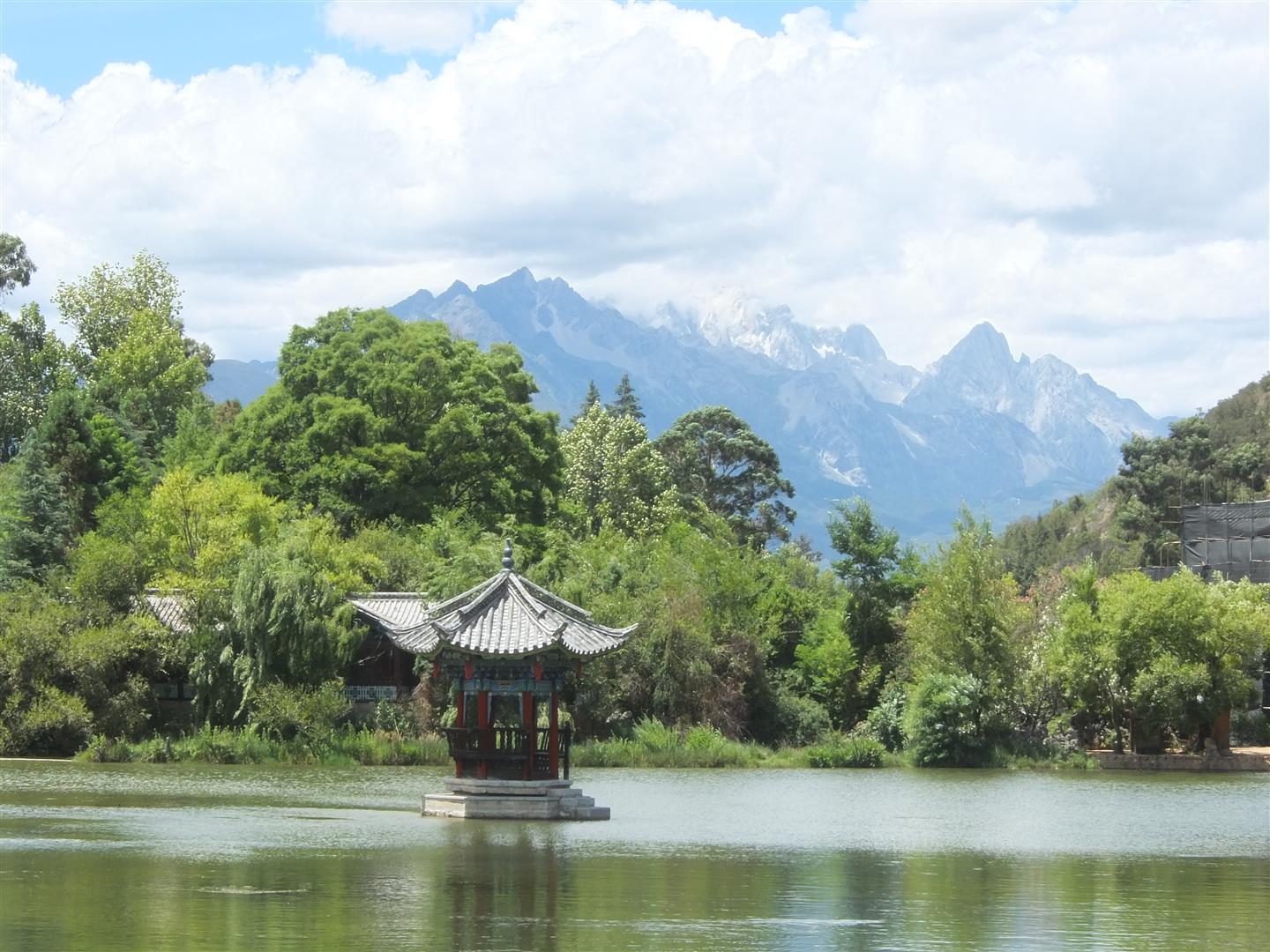 Unsurprisingly given this fact, my favourite parts of the country were those most sparsely populated, miles from the big cities in its rural corners and mountainous centre. As I drove through the silent high plateaus of Yunnan level with the low cloud and watching the peaks of the ubiquitous and ambiguously named snow mountains in the distance, I couldn’t have been further from my preconceived idea of what China would hold. “We’re about to cross into Tibet” says our guide Wang Mo smiling from ear to ear as she enters her home region.

We were on our way to the Banyan Tree Ringha around 30 minutes outside of the town of Shangri-La. The romantically named Tibetan Autonomous Prefecture is still part of Yunnan but that doesn’t stop it from feeling like a different country altogether. Mandarin gives way to Tibetan and built up roadside construction gives way to small villages of wooden houses and thatched roofs. The pace of life slows to a crawl as you pass grazing yaks and free roaming horses. 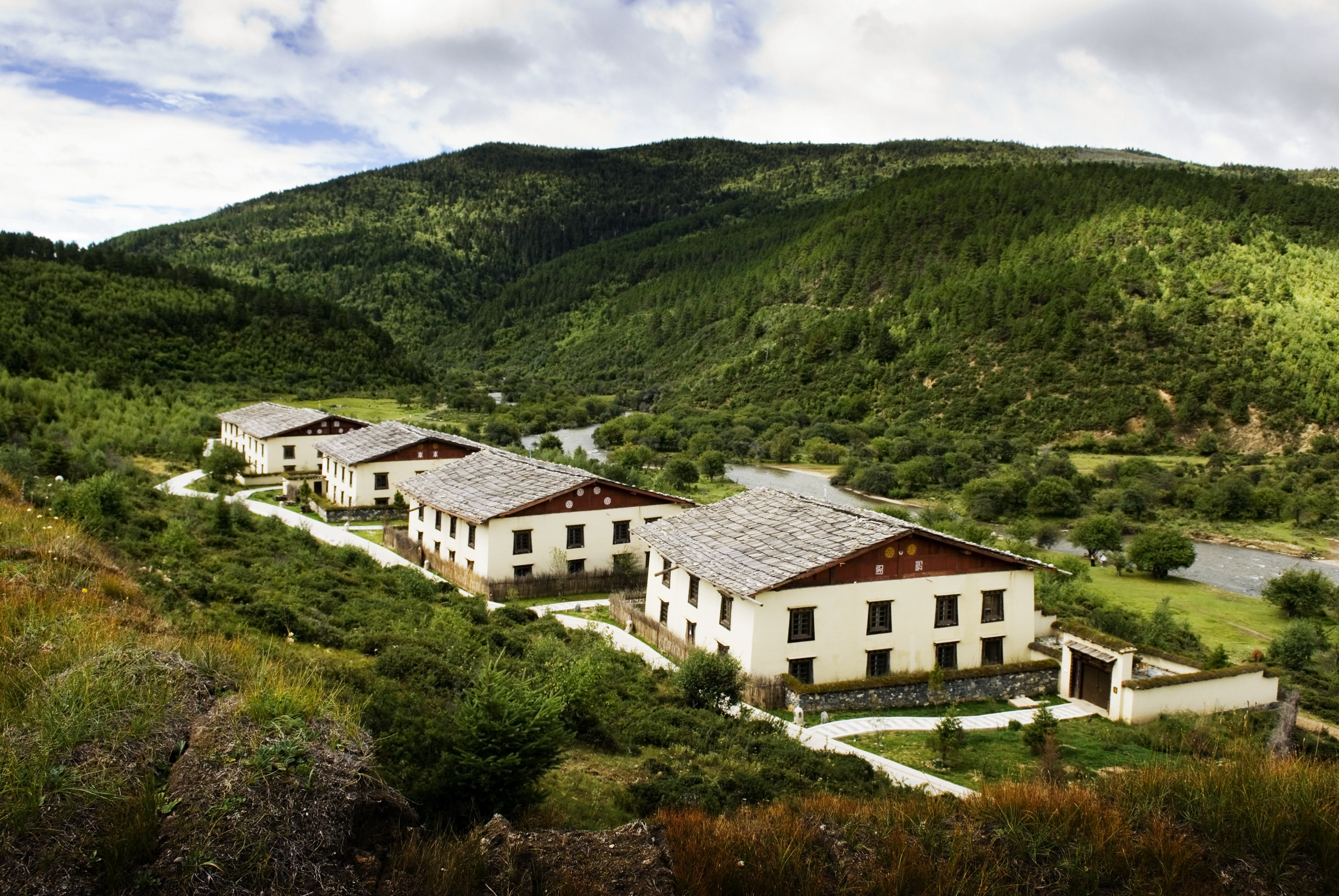 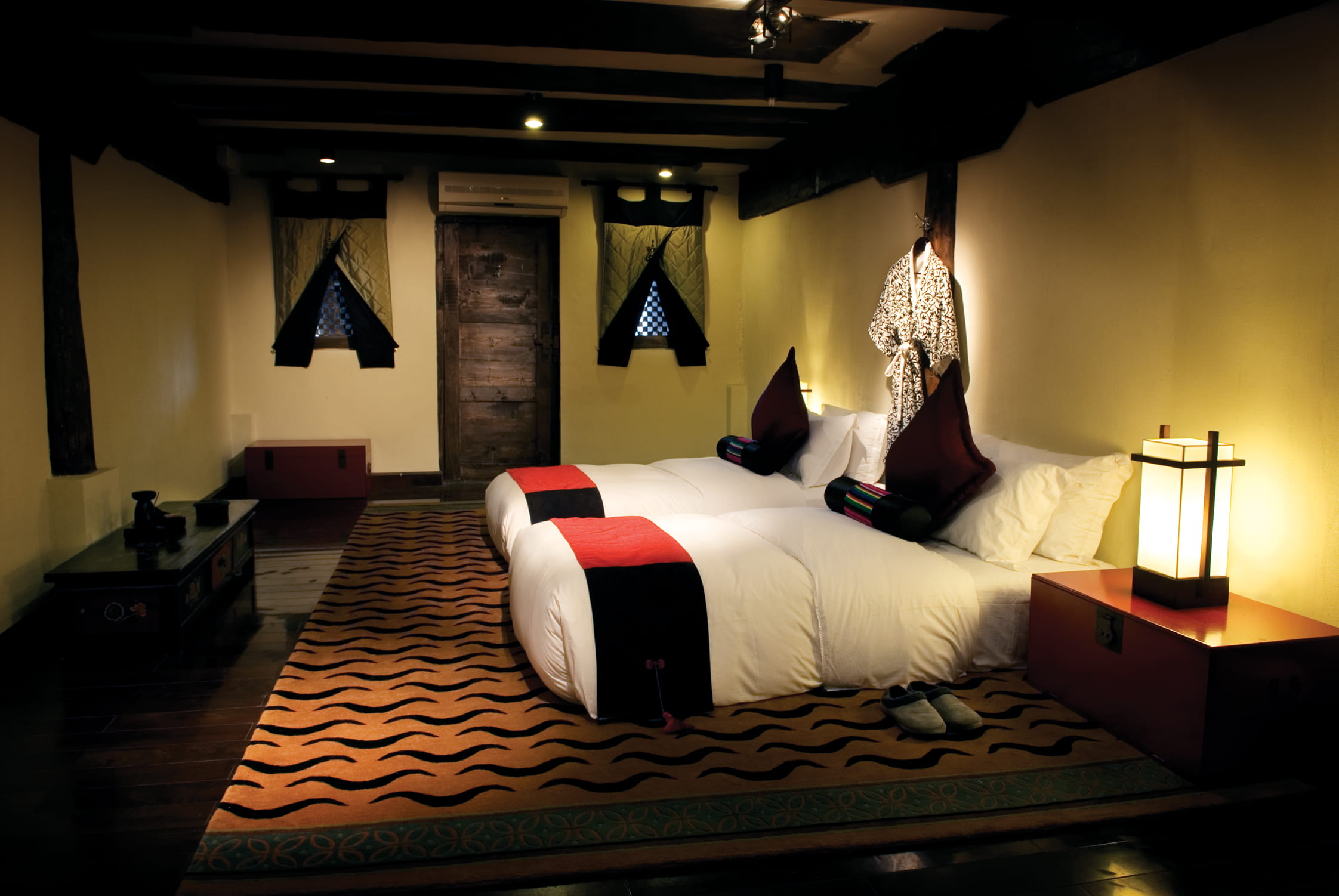 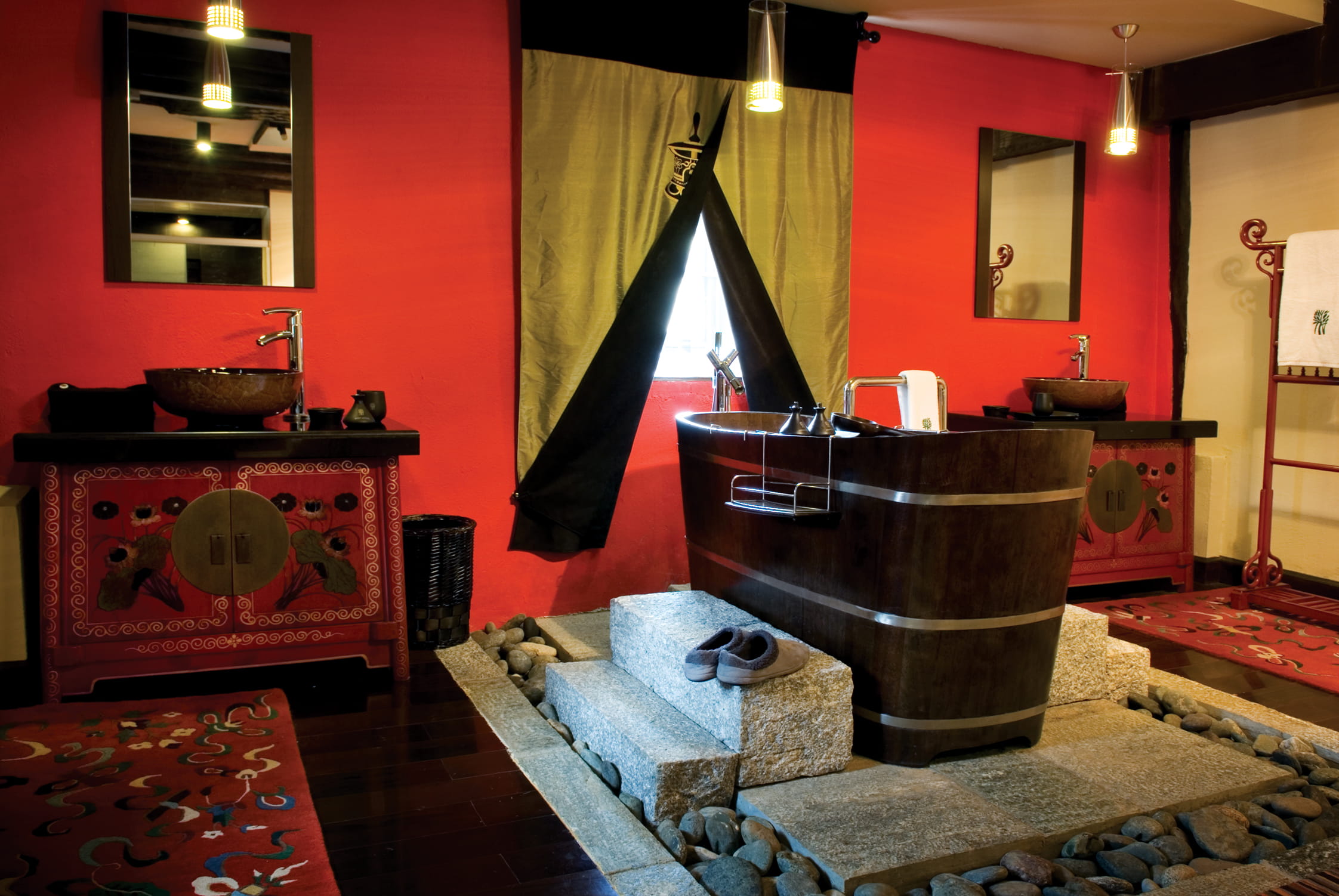 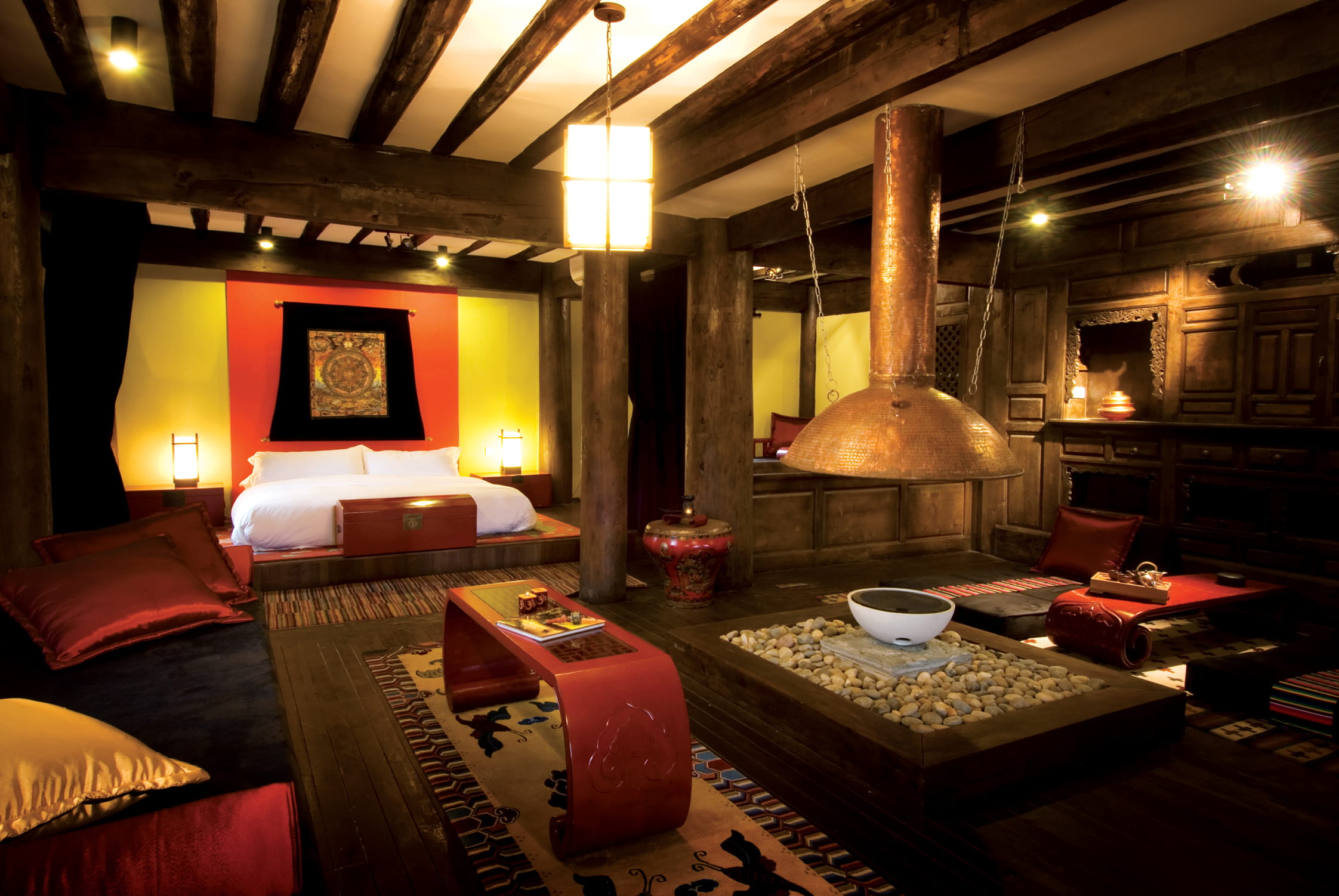 The hotel is set on a small hill overlooking a valley and a beautiful stream. It is a spell-binding location and one that instantly soothes and relaxes you. Originally a small village the rooms are divided between traditional Tibetan farm houses made of thick wooden beams and thatched roofs. In the center is a main block including a fantastic viewing platform with a telescope for stargazing and home to the hotel’s mascot – a Tibetan Mastiff called Lanca.

After checking in the first thing we did was set out on foot exploring along the river bank. There were baby lambs and the smallest baby piglets roaming around, as well as the ever present yaks. With the surrounding mountains, the river and the smell of the pine forest it could have just as easily been Montana or South Tyrol – if it wasn’t for the sounds of the temple bells in the distance. 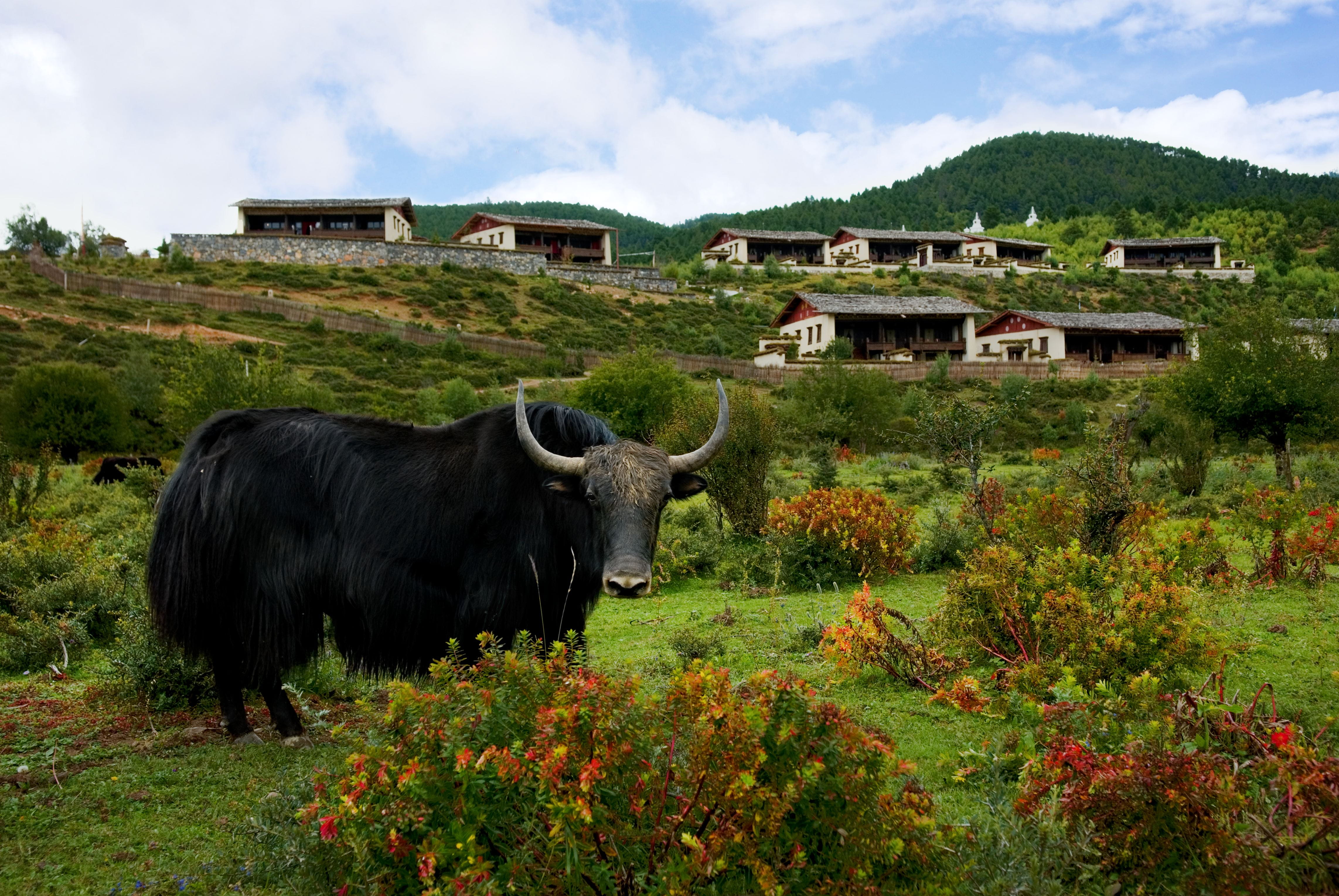 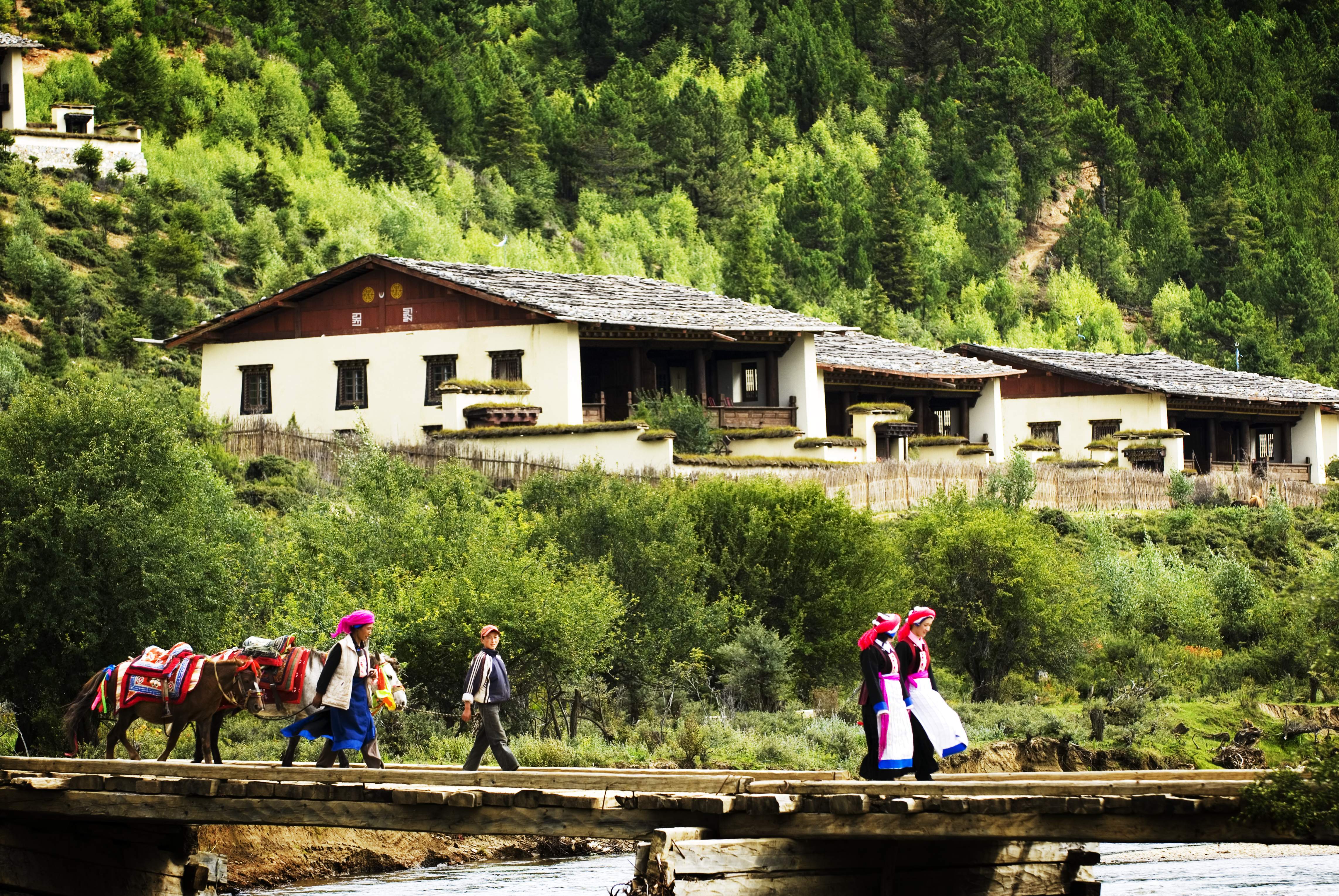 In the morning I head off on foot to a local Buddhist temple. The temple which is a short hike from the hotel is one of the oldest in the region and is very much in use amongst the locals. Having been accosted on arrival by two octogenarian nuns we eventually understood after much confusion that there was a 10 Yuan entrance fee and happily paid up. I’ve seen a lot of temples in my time and I have to say that this was one of my favourite ever experiences.

The forest surrounding the temple is full of colourful prayer flags slowly flapping in the wind and smoke billows from small burners used to heal the spirits of loved ones. We watch as local women dressed in traditional brightly coloured outfits and bright pink headwear say their prayers. One particularly strapping woman informs us with a shake of her head and a gentle shove that we are walking the wrong way around the temple – one should always move clockwise you see. 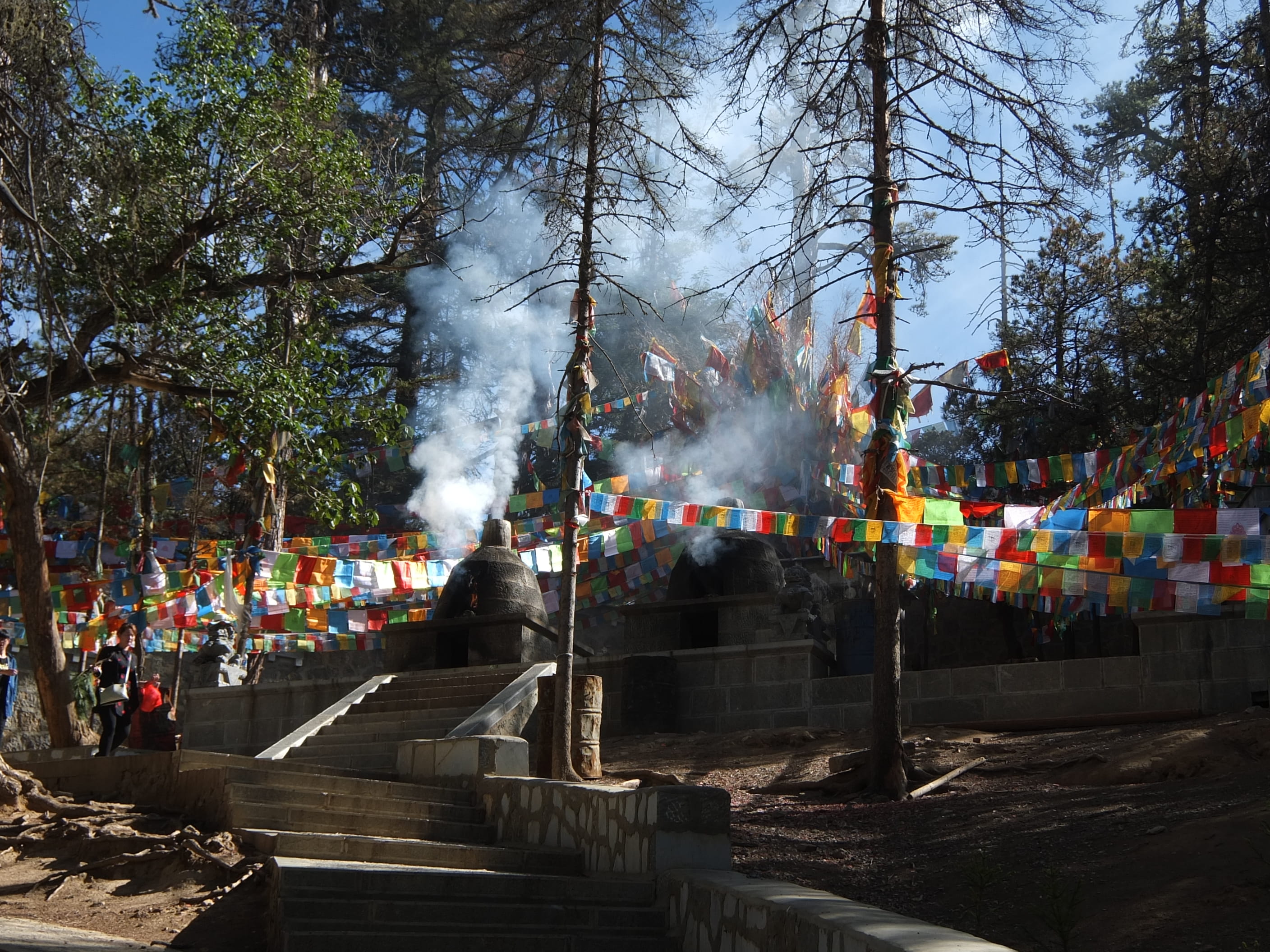 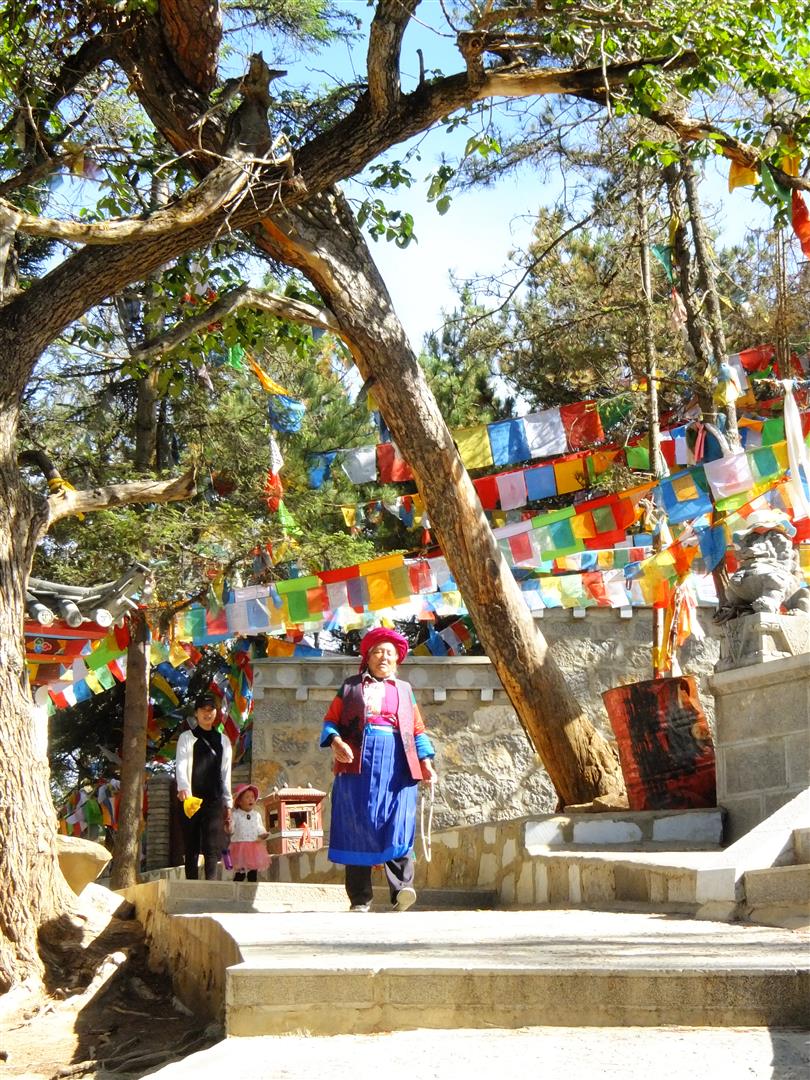 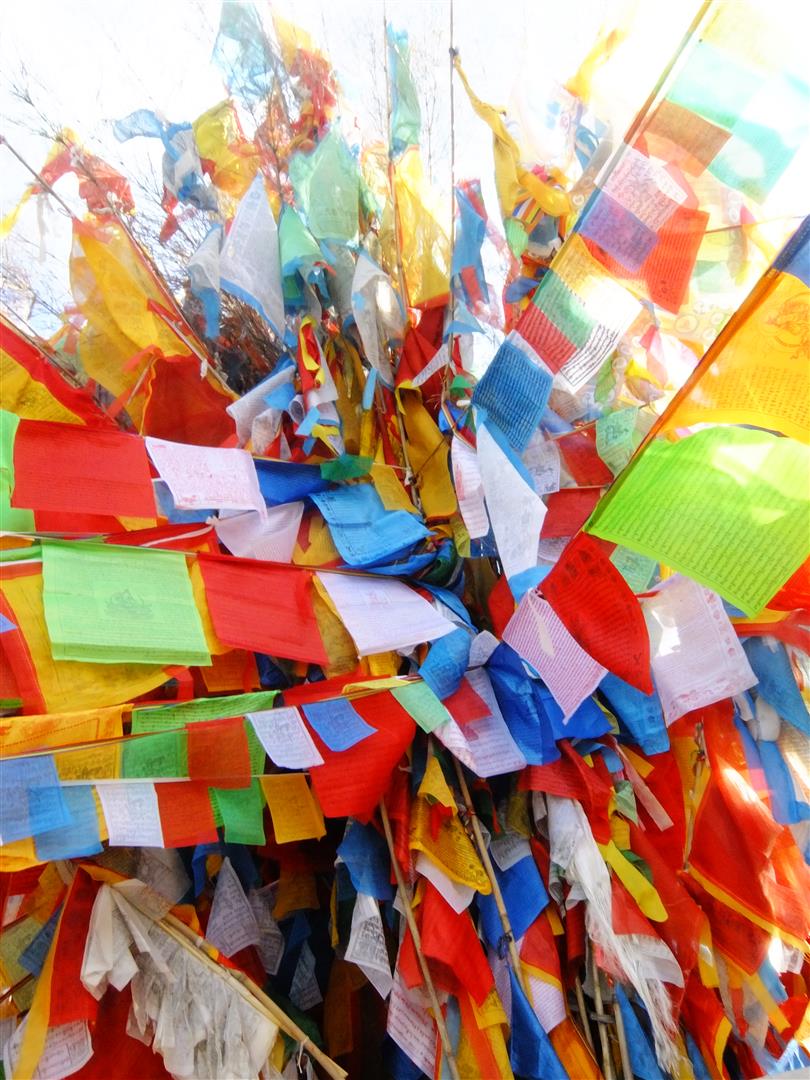 There are also a number of animals, mostly rabbits and goats, hopping and walking around in the surrounding forest. Later when I asked Wang Mo about this she explains that traditionally as part of a funeral, some of the deceased’s heard are released as “free animals” as this is seen as good karma to help in the process of their re-incarnation. If small enough, these animals are brought to the temple but larger ones are decorated with red ribbons and allowed to roam freely in the mountains Sure enough you will often spot a horse or a content looking pig walking slowly across a field, a red ribbon tied jauntily around an ear.

We would learn a lot from Wang Mo who was the best guide I have had on any of my travels. During our two days with her she offered a wealth of information on Buddhism, Tibetan culture and the history of what is a fairly complicated part of the world. 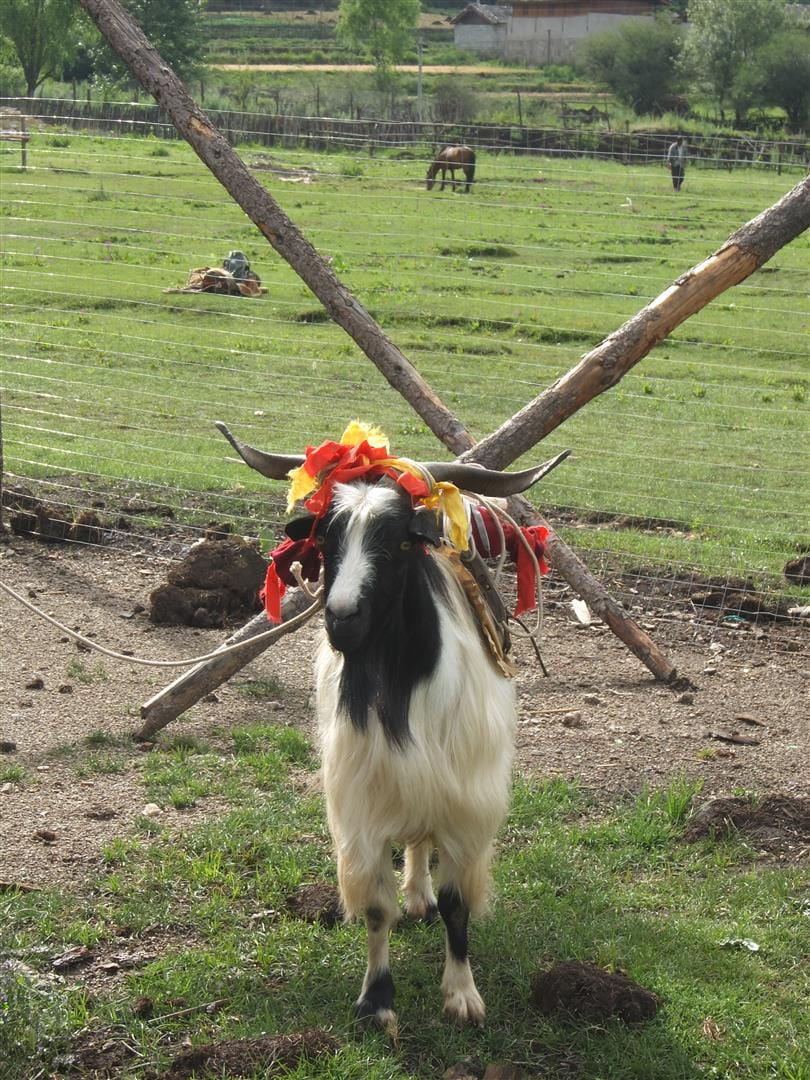 Her story is a fascinating one. Following the death of her father it became clear her mother could not support both her and her sisters. Being the eldest, at the age of 16 she and a friend ran away from their small village and not having the correct documents to leave China legally, crossed the Himalayas on foot walking for more than a month until she reached the border and entered Nepal. On route she met another group and fell in love with a man who helped them all along the journey. The Nepalese were able to put her and her friend into education in Bangalore but this man was unable to read and write and found himself cleaning dishes in a New Delhi restaurant. Each month he sent a small amount of money to her and her friend and it was this that enabled them to survive thousands of miles from home and get the education and chance they desperately wanted. It would be over a year before Wang Mo was able to get word back to her mother that she was alive and it would be more than twelve years until she could return to China now fluent in English and with her now husband in tow. At present he is about to open his own restaurant in town but still unable to read or write is asking Wang Mo to help him design his menus. As she casually tells us this story over dinner in a small backstreet restaurant and after complaining about the amount of homework her 10 year old son receives you can see how proud she is of their accomplishment.

The right guide can make such a difference to the experience you have in a destination and it is something we work hard on at Scott Dunn, making an effort to really find those individuals who are willing to engage with our guests.

For more information on our tailor-made holidays to China, call one of our Asia Consultants on 020 8682 5060 or visit scottdunn.com

This entry was posted in Far East, and tagged China, yunnan.