Water sports enthusiasts James, aged 10, and Sophie, 12, spent a week on the Scott Dunn Aqua Explorers programme at Eagles Palace. Find out what adventures they got up to in their holiday diary here… TUESDAY 28th JULY James, aged 10 – Today we started off doing S.U.P (stand up paddle board), I learnt a lot from it and ...

Water sports enthusiasts James, aged 10, and Sophie, 12, spent a week on the Scott Dunn Aqua Explorers programme at Eagles Palace. Find out what adventures they got up to in their holiday diary here… 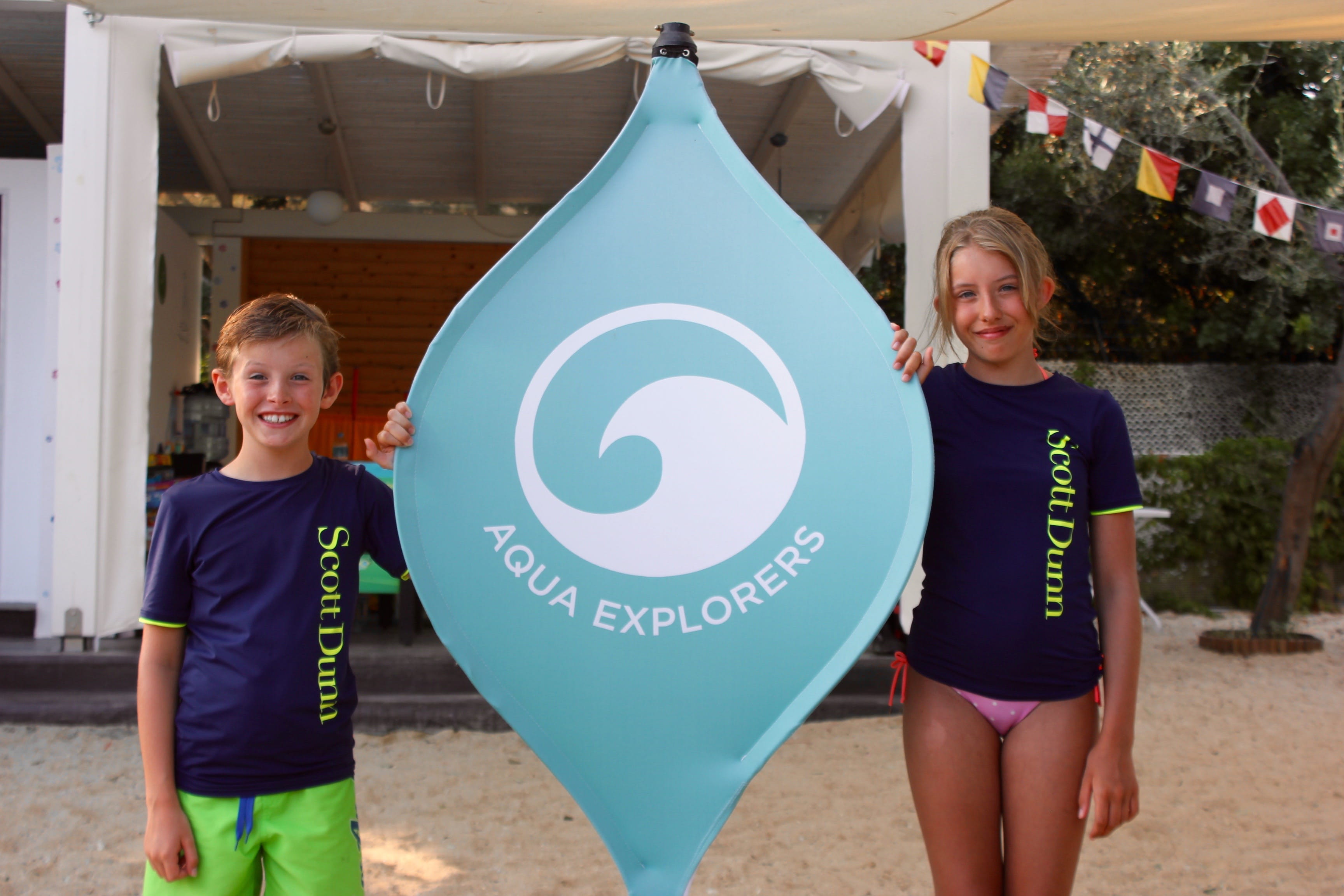 James and Sophie at Aqua Explorers

James, aged 10 – Today we started off doing S.U.P (stand up paddle board), I learnt a lot from it and enjoyed having the chance to do something new. Next up we had a go at doing Ringo, well I wouldn’t say we had a go at it, we just sat there relaxing on a couch speeding along the water (it was pretty bumpy). Last of all we experienced windsurfing and learning how to steer the board using the sail, I fell off a lot of times. I enjoyed the whole day.

Sophie, aged 12 – First day of Aqua Explores was amazing. S.U.P was harder than it looked. We played a game where we had to wobble each other off the board, without using physical contact. This is called SPARTA. Ringo was my favourite activity; you sit on a huge blow up couch and are pulled along by a speed boat. Everyone was constantly moving up and down as we hit the waves. Windsurfing was awesome, but hard. When we stood on the board and held the sail it was quite heavy. It sort of felt as though you were steering a boat. Fun though. 🙂 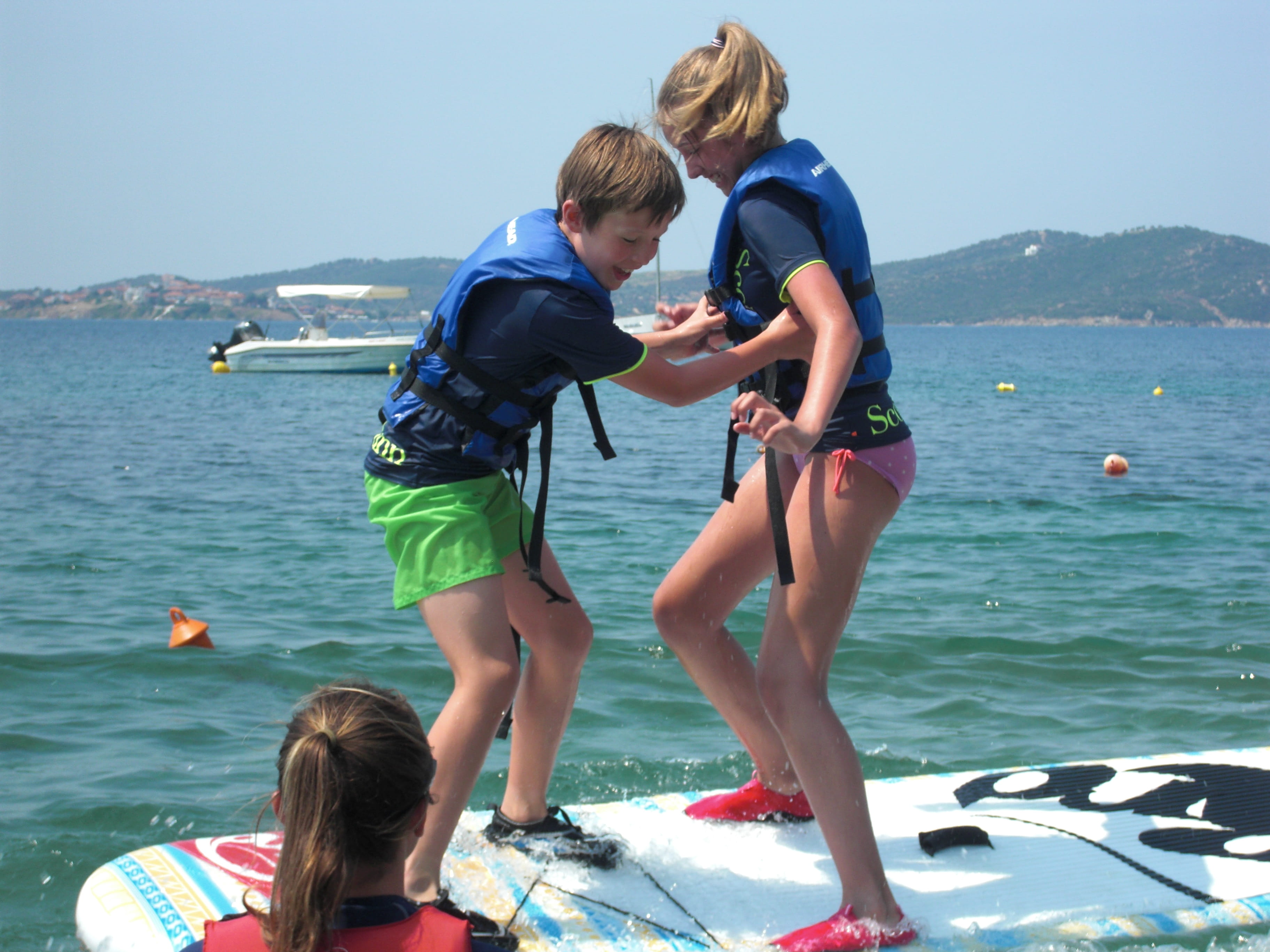 J – On the second day we started off doing kayaking. It is a bit similar to canoeing but the boat is a different shape. In the afternoon we tried out sailing, this activity was one of my favourites because I enjoyed steering the boat and learning how to do the mainsail.

S – My second day of Aqua Explorers was just as fantastic. Kayaking was during the morning, I certainly burnt off all my breakfast doing this. Sailing was in the afternoon, we learnt a range of different techniques. My favourite was standing on the bow of the boat and keeping an eye out, we attempted to look for dolphins but sadly we didn’t see any.

J – Today couldn’t have been better, we had the most amazing time scuba diving with an instructor called Nicky. I was amazed when I saw loads of fish swimming around really close to the shore. After lunch we did some wind surfing again, I found it easier than I did on Tuesday. I still fell off a lot but not as many as last time, so that was cool.

S – Wow, scuba diving was incredible and so much fun. Using the breathing tube was tricky at first but I got the hang of it eventually. We saw so many fish of all different sizes; they were very pretty and much closer to the shore than I thought they would be. Wind Surfing was very bumpy and the waves were constantly making us fall off the board, but that didn’t stop everyone from having fun. I was so hungry by the evening I had 3 puddings with my supper!! 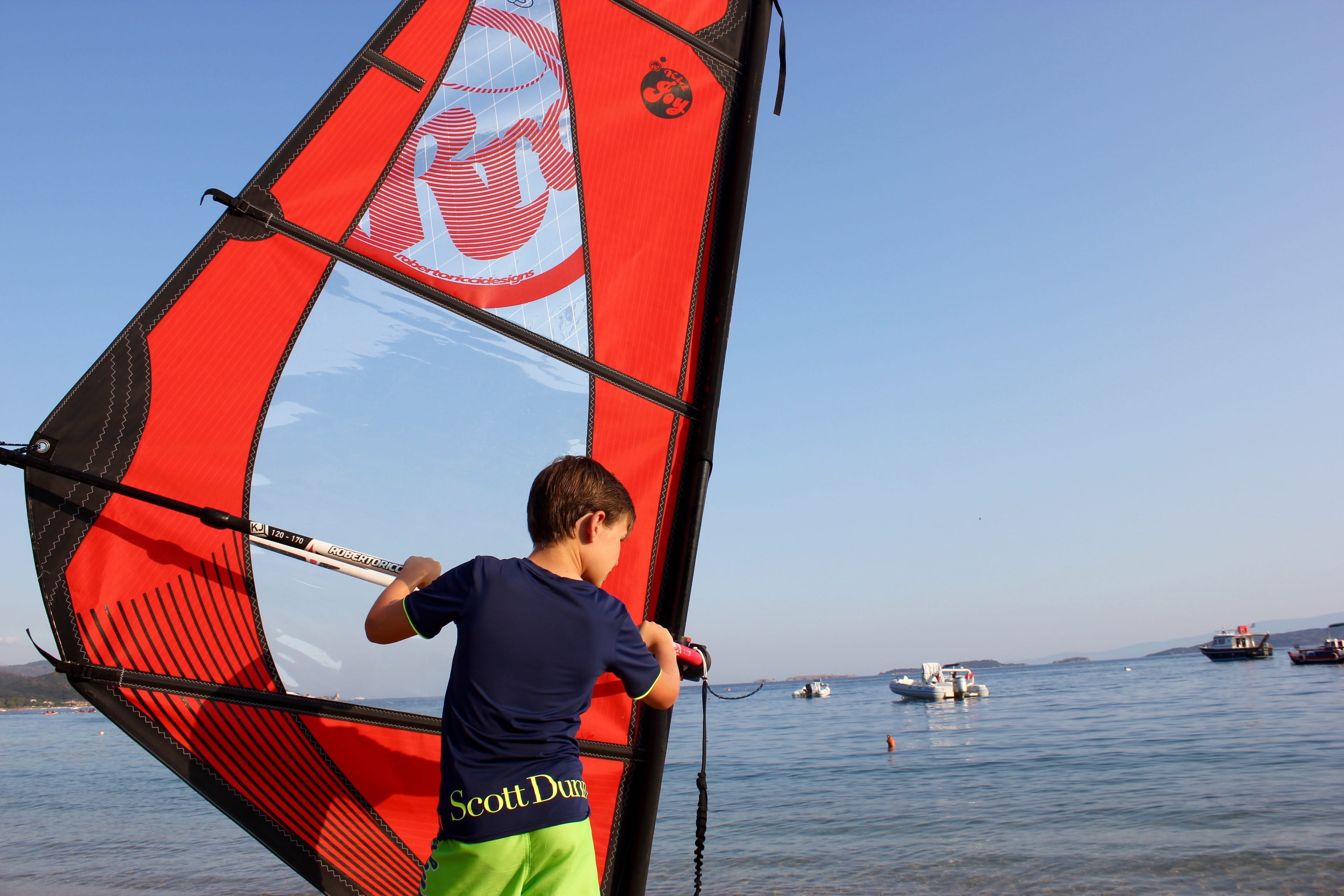 J – Actually, I’ve changed my mind, today was even better than yesterday. We had a go at water skiing, being pulled by a red speed boat. No one in my group could stand up on the skis but I was able to, I was being pulled along for 2 and a half minutes (pretty impressive huh!). Later on we did sailing, it was awesome and I learnt how to do a turtle, which is when the boat is completely capsized .Can’t wait until tomorrow.

S – Water skiing may sound easy but it’s not! I managed to stay up for about 10 seconds that’s pretty impressive, (no it seriously isn’t, have a laugh guys 🙂 ). When I tried water skiing I found out that the skis were heavier than I thought, but I still had fun even though I was constantly falling in. Sailing was fantastic today, we all tried steering the boat and working the main sail by ourselves, it went well. Annabel showed us how to do a turtle capsize; which was fun, the boat was tipped completely over! But my favourite part of the day was jumping in the sea from the bow of the boat. 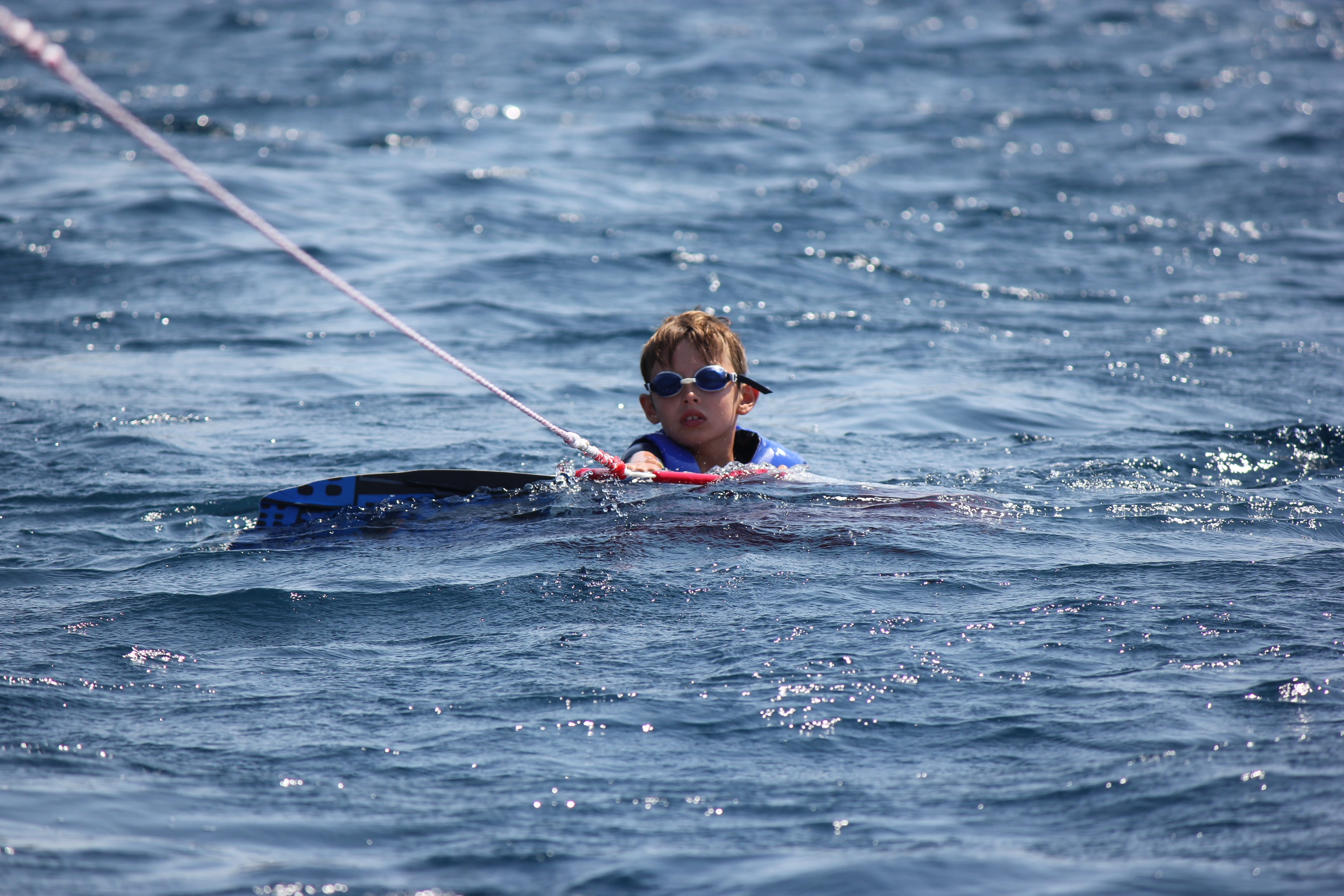 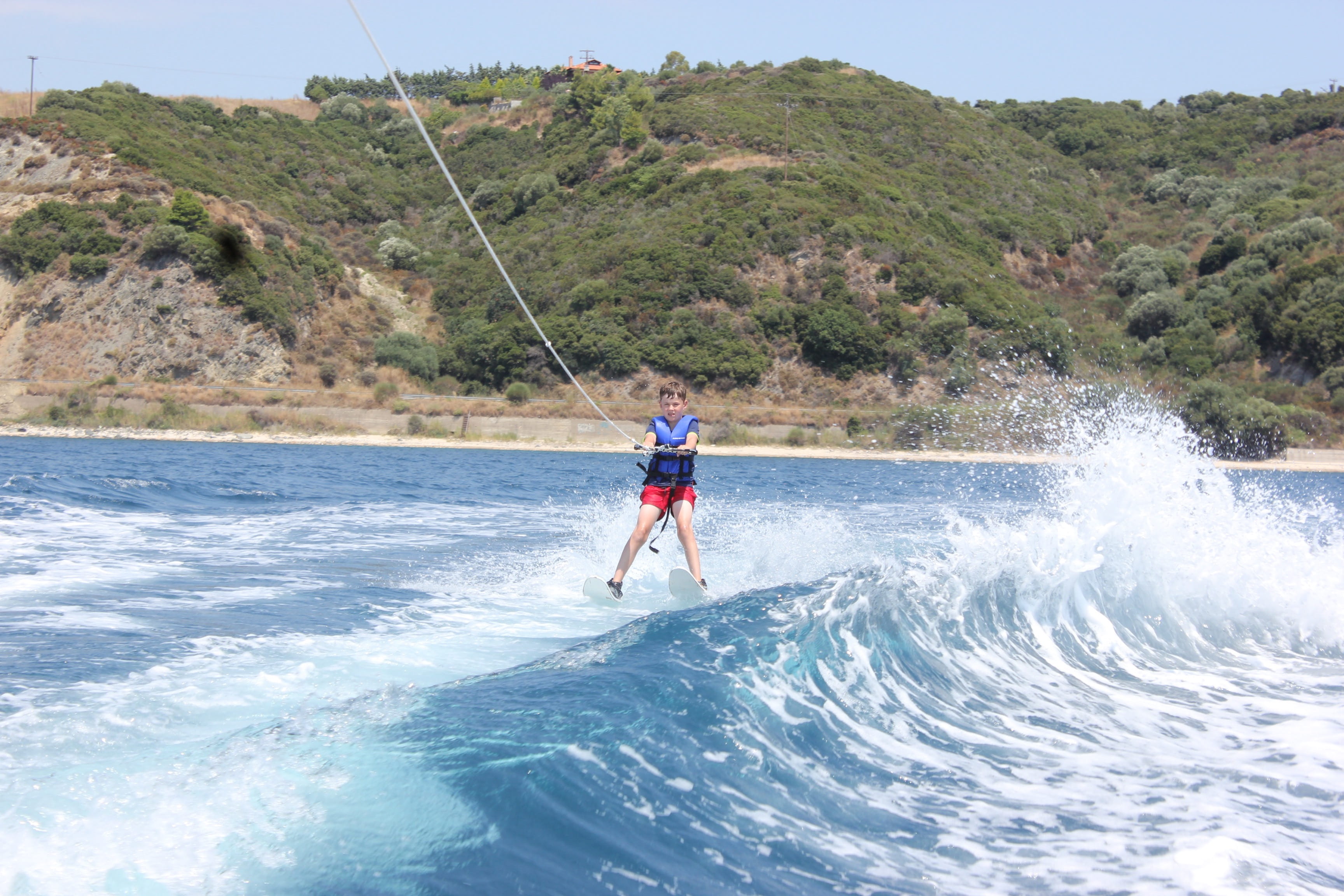 J – Tomorrow is regatta and so today we practiced for it. In the morning we did wakeboarding, well actually I was the only one who had a go at it. While I was wakeboarding, my group who were in the speed boat and voted  who wanted to do Ringo and most people put their hand up to do it so we did that next. After that we practiced sailing, it was so exciting. Better get a good night’s sleep.

S – Sadly we couldn’t experience wake boarding today because the waves were too choppy. I didn’t mind because we did Ringo instead, which was ‘fan dabby dosee’ (this means fantastic). During the afternoon we practiced Regatta training, so we were prepared for tomorrow. Everyone only focused on Sailing because that was the hardest part and of course we wanted to thrash the other team! 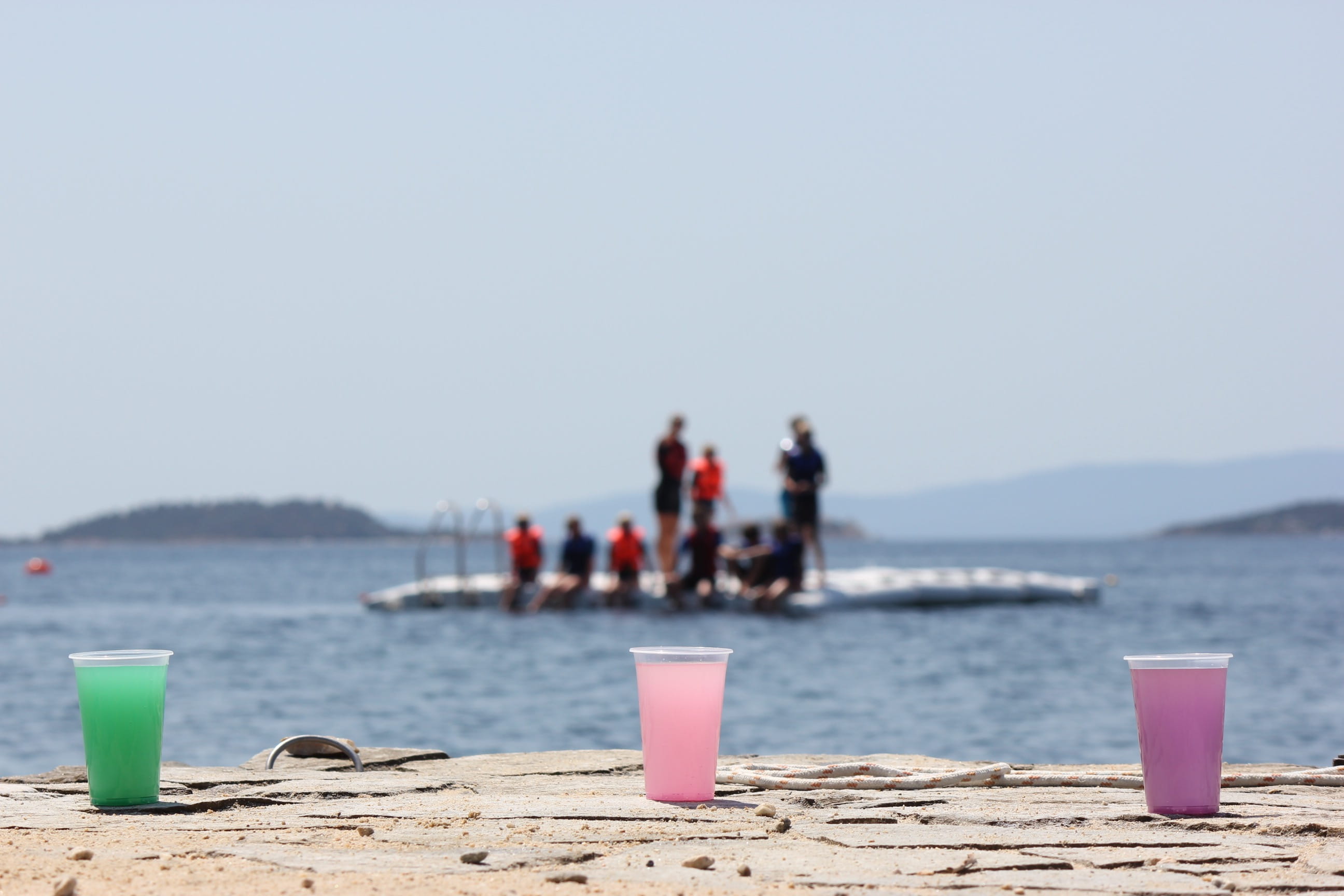 The race is on 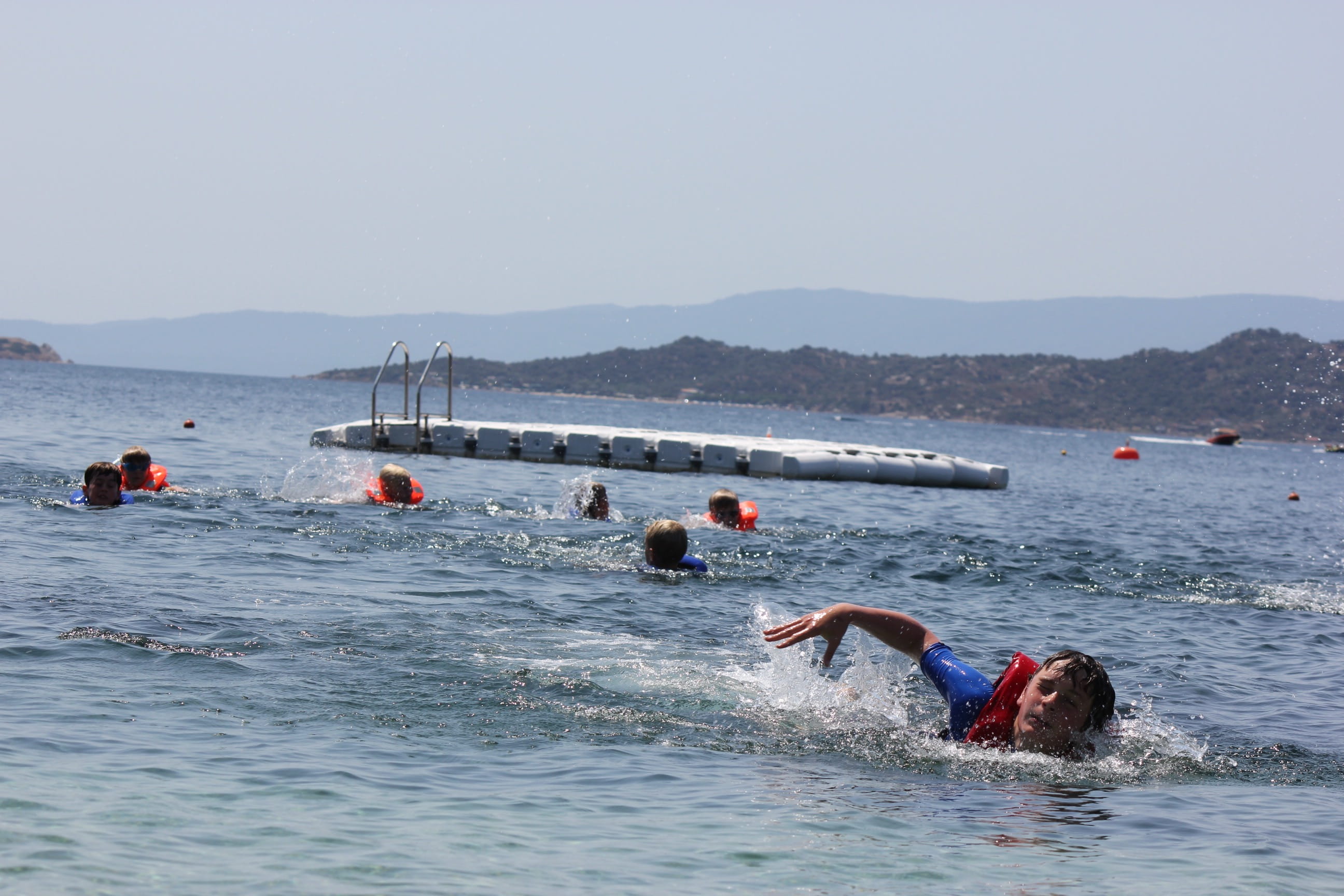 J – The big day finally came and we were getting ready for the regatta, but before it started we went on a boat trip to the second finger in Halkidiki. It was so amazing to see so many pretty fish! Later on we started the regatta, it included some of the things we did during this week so we were ready. When Annabel told us which team was the winner, she said it was a draw because it was too close to call. We all had fun though and enjoyed the ice-cream surprise at the end.

S – Everyone went on a boat trip; it was interesting and good to relax a bit before the racing. The snorkelling was fantastic; we saw lots of dazzling fish, which were beautiful. Daniel one of the instructors found many pretty and unusual shells. In the afternoon everyone was prepared for the Regatta, which involved swimming, running, kayaking and sailing. We all used up our energy doing this. Nobody won because it was so close and we all ate ice-cream and strawberry sauce as our prize. I really enjoyed the whole week and would love to do it all again 🙂 .

Interested in finding out more? Visit our website scottdunn.com or call one of our Travel Consultants on 0203 603 3555

This entry was posted in Family, and tagged Adventure,