Situated on the high northern plateaus of Malawi, Chelinda Lodge is a luxurious escape, surrounded by rolling hills, lakes and streams, and with a good variety of wildlife to spot from your game drives and walks.

Malawi is dotted with rolling plateaus, the most famous and largest of which is the Nyika Plateau, found in the far north of Malawi. The Nyika National Park, at an altitude of around 2,500m, is a beautiful vista of rolling hills, dotted with over 250 species of orchid, many other wild flowers and punctuated with vast granite outcrops, small streams and waterfalls.

The plateau is also known for its pine plantations – vast swathes of bottle-green, towering trees, their rich scent drifting downwards in the early evening. The game here is easily visible – herds of zebra, eland, reedbuck and roan, with occasional (but becoming more frequent) sightings of leopard, spotted hyena and the elusive several. Last time we stayed we found a juvenile leopard hidden in a gully, surrounded by yellow flowers and clearly waiting for his mother to return from her hunting trip.

The birding is superb here as well with many owls making their home in the pine forests, and notable species such as the Bar-tailed Trogon, Malawi Batis, and the colourful (and noisy!) Schalow's Turaco.

Chelinda Lodge is situated in the lee of a large pine forest, with sweeping and, seemingly, never-ending views across the plateau. The lodge is beautifully constructed from stone and timber and the rooms and main area resemble Swedish log chalets. Each room has a large open plan living area and bedroom, with plenty of windows to enjoy the view. In the evenings, when the temperature drops, log fires are lit, scenting the rooms with pine.

Chelinda’s activities include game drives across the plateau – these can return to the lodge for lunch or take all day – walks, and fishing in the dam. The lodge also produces its own honey (utterly delicious!) and the food is excellent.

We suggest a stay of three nights here to really explore the area and take in some of the panoramic views.

Take a walk across the rolling hills with your guide, spotting vast herds of eland as you go, before returning to the lodge for Amarula coffee in front of their roaring log fire! 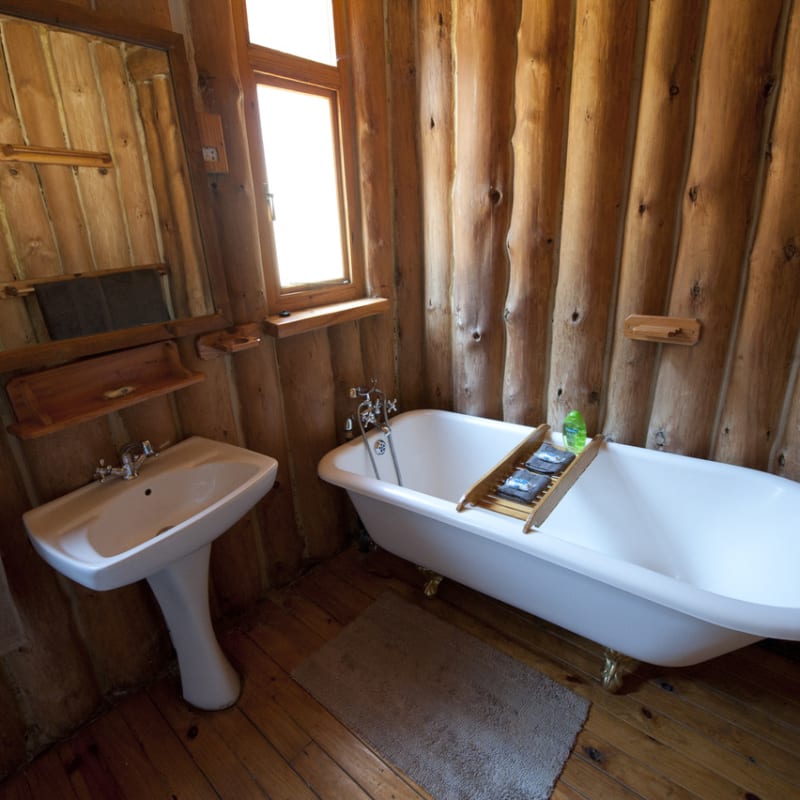 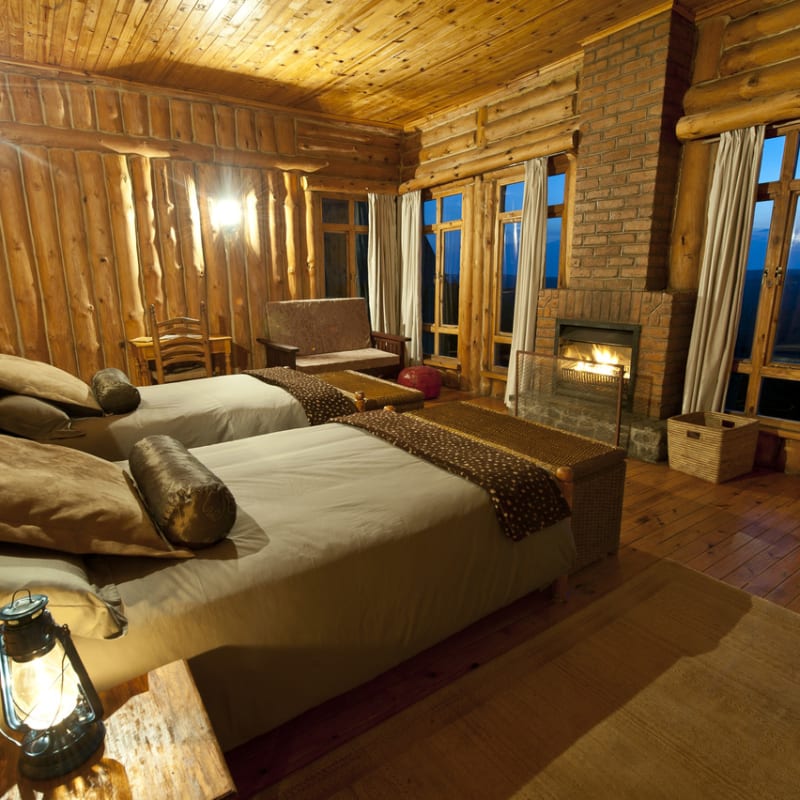 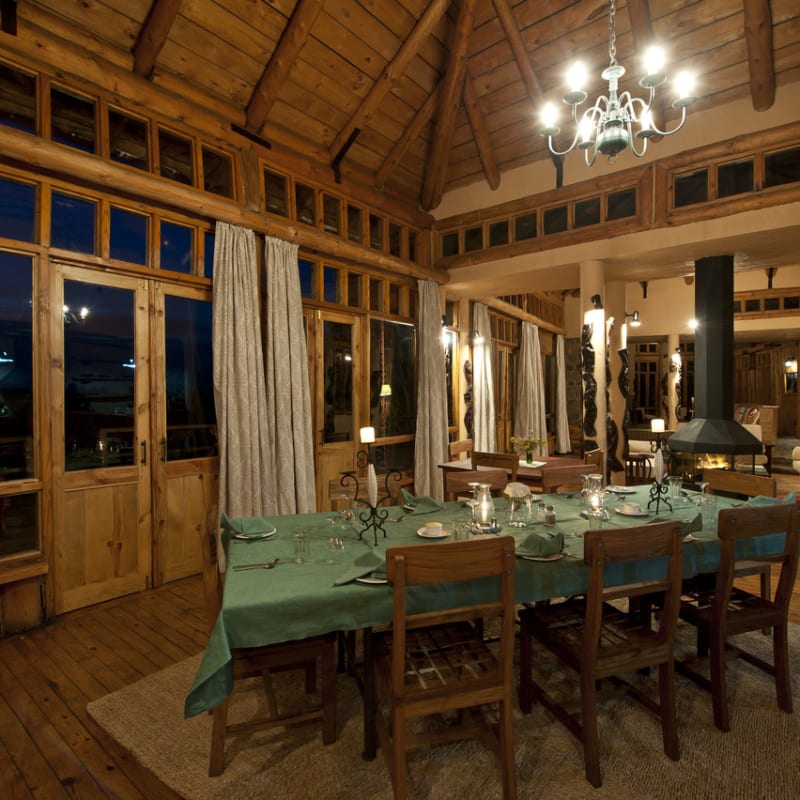 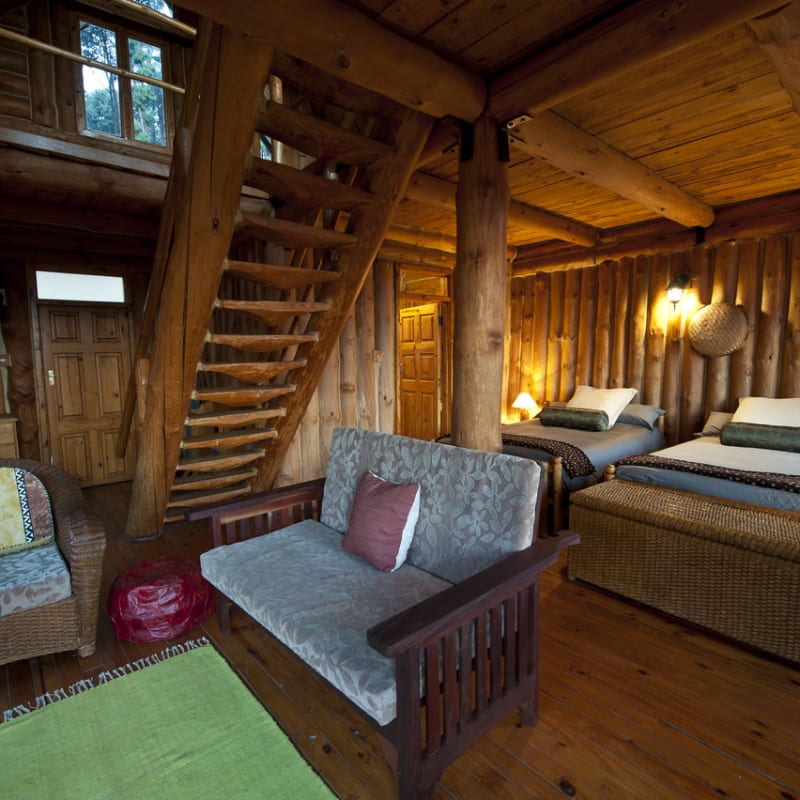 Chelinda Lodge can be reached by a ten hour international flight to Lilongwe Airport in Malawi, followed by a domestic flight and short road transfer.