Religious festivals are a captivating affair. Holding much importance throughout the world, and across many religions and faiths, the occasions are a truly soul stirring experience to witness first hand. Experience the explosion of colour of Holi, the dramatic processions of Semana Santa and the lantern dotted sky of Waisak. Here, we’ve picked the most incredible occasions to immerse your spiritual side in. 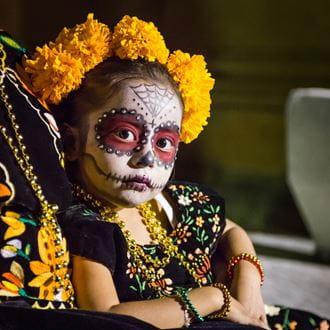 Day of the Dead, Mexico - November

The Day of the Dead, or Día de Muertos in Spanish, is a holiday for friends and family who have died. On the face of it, you might think it's a somber occasion but it's actually a very colourful affair with traditional costumes and skeletal makeup. The belief is that the spirits of the dead return for one day to be with their families. Before colonisation by the Spanish, it was celebrated in the summer but now coincides with the Christian Allhallowtide observance of Halloween, All Saints' Day and All Souls' Day. Offerings (ofrenda) of food, flowers (particularly Mexican marigolds), colourful sugar skulls and candles are laid out. Flowers to represent the transience of life and the candle light to guide the dead on their way back. Celebrations take place across Mexico, although this is more recent in northern Mexico, but Mexico City, Oaxaca and Pátzcuaro are particularly well known for their festivities. There are markets, music and parties in cemeteries. 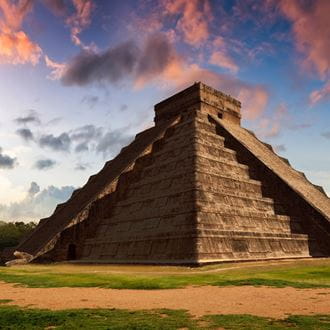 The lost civilisation of the mysterious Mayans and the pyramids they left behind really capture the imagination. The iconic Pyramid of Kukulkan, or the El Castillo pyramid, dominates Chichen Itza and demonstrates the Mayans' extraordinary understanding of astromony. The main event at the equinox is the appearance of the snake deity Kukulkan, meaning "feathered serpent" in the Yucatec Maya language that was spoken in the Yucatan Peninsula, slithering down the 91 steps of the El Castillo pyramid that is dedicated to him. At around 4pm on the spring equinox, the illusion of a snake is created by the shadow of the terraces on the stairway, at the bottom of which are great carved snake heads. 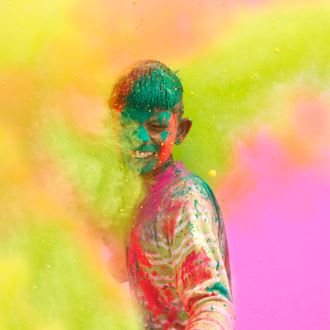 Holi, dubbed the festival of colours, is a Hindu spring festival celebrated across India to welcome the arrival of spring and the victory of good over evil. The festival spans a night and a day, starting on the evening of Full Moon day with religious rituals performed around a bonfire. The next day is Rangwali Holi and coloured powders called gulal are thrown in the air and at friends and strangers. The different colours are symbolic, with red representing love and fertility, blue representing Krishna and green representing spring and new beginnings. 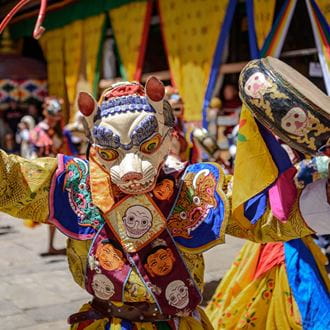 One of the most iconic religious festivals in Bhutan, Paro Tsechu has been celebrated since the 17th century and is held for 5 days beginning on the 10th day of the Bhutanese lunar month, which this year is the 04 April. 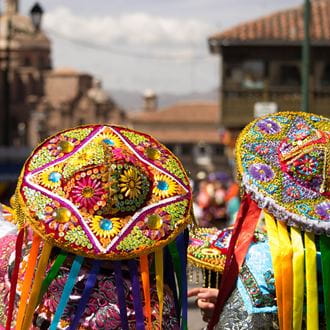 A religious ceremony to honour Inti, the Inca sun god, Inti Raymi means "festival of the sun" in the main Inca language, Quechuan. The festival takes place on 24 June in celebration of the winter solstice and also marks the beginning of the Inca New Year. The solstice is actually on 21 June in the southern hemisphere but the Incas believed that the sun doesn't start to rise in the sky again until the 24th. The festival is celebrated across the Andes but centres in Cuzco, the capital of the Inca Empire. The Spanish conquistadors banned Inti Raymi ceremony in 1535, but since 1944 there has been a historical re-enactment of the traditional Inca ceremony at the ancient citadel of Saksaywaman. Street performances also take place with folk dances, marching bands and colourful costumes abound. 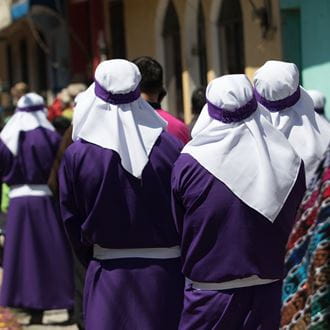 Semana Santa (Holy Week) is celebrated in the lead up to Easter across much of the Catholic world and perhaps nowhere is it more spectacular than in the former colonial capital of Antigua Guatemala. Both day and night, the cobbled streets are decorated with flowers and colourful sawdust carpets (alfrombras) that are trampled as processions of floats bearing heavy statues of Jesus and the Virgin Mary are carried by Cucurucho (penitent men in purple robes with conical hats, representing penitence and humility). The celebration is a fusion of Catholic and Mayan religion and traditions. 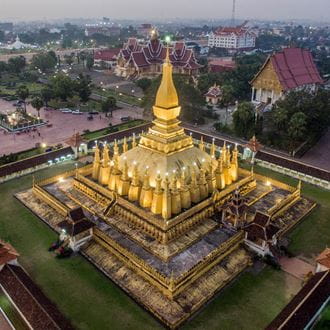 Pha That Luang, meaning the Great Stupa, in the Laotian capital Vientiane is a shrine to a relic of Buddha believed to be his breastbone. This important stupa has come to be the national symbol of Laos. A 3 day religious festival is held at full moon in November and many Buddhists travel from neighbouring countries for the occasion. There is a "wax castle" procession led by monks from Wat Si Muang in the city centre to That Luang that circulates That Luang three times in honour of Buddha and to boost karma for rebirth into a better life. Laypeople carry incense and candles as offerings. There is a firework display that symbolises an offering of flowers of light to Buddha and folk, popular music and drama performances. 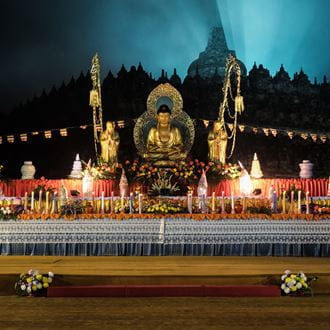 Waisak is the celebration of Buddha's birth, enlightenment and death and is the holiest day in the Buddhist calendar. It is celebrated across the Buddhist world, although on different days and under different names. In Indoneseia, Waisak is observed during the full moon in May and celebrations centre on the UNESCO World Heritage Borobudur temple in Java, built in the 9th century during the Hindu-Buddhist empires and the largest Buddhist structure on earth (Java is now a predominantly Muslim island). It is a colourful affair with processions carrying holy water and candles. Buddhist monks in their saffron robes circle the temple in a ritual called Pradaksina, then puja lanterns are released into the night sky as a symbol of light and enlightenment.