Stunning, historical and glamorous, Spetses is a hidden gem in the Greek Islands. Europe Expert, Sierra lets us in on the top five reasons it needs to be added to everyone’s bucket list.  Not many people know the small island of Spetses. Home to 4,027 inhabitants, the island has one town which houses 4,001 of those ...

Stunning, historical and glamorous, Spetses is a hidden gem in the Greek Islands. Europe Expert, Sierra lets us in on the top five reasons it needs to be added to everyone’s bucket list.

Not many people know the small island of Spetses. Home to 4,027 inhabitants, the island has one town which houses 4,001 of those inhabitants. Spetses has come to be known in wealthy Greek circles as the place to see and be seen. Many own villas on the island and come for the summer to relax and rejuvenate. For the rest of the world however, Spetses is a relative unknown. In my travels through Greece I was assumed to be very knowledgeable about the Greek Islands for just having been there. What a novelty considering I hadn’t even known that it existed before the trip! Spetses is such an amazing location that is off the beaten track with a luxury all its own. Here are just a few reasons why everyone should want to visit. 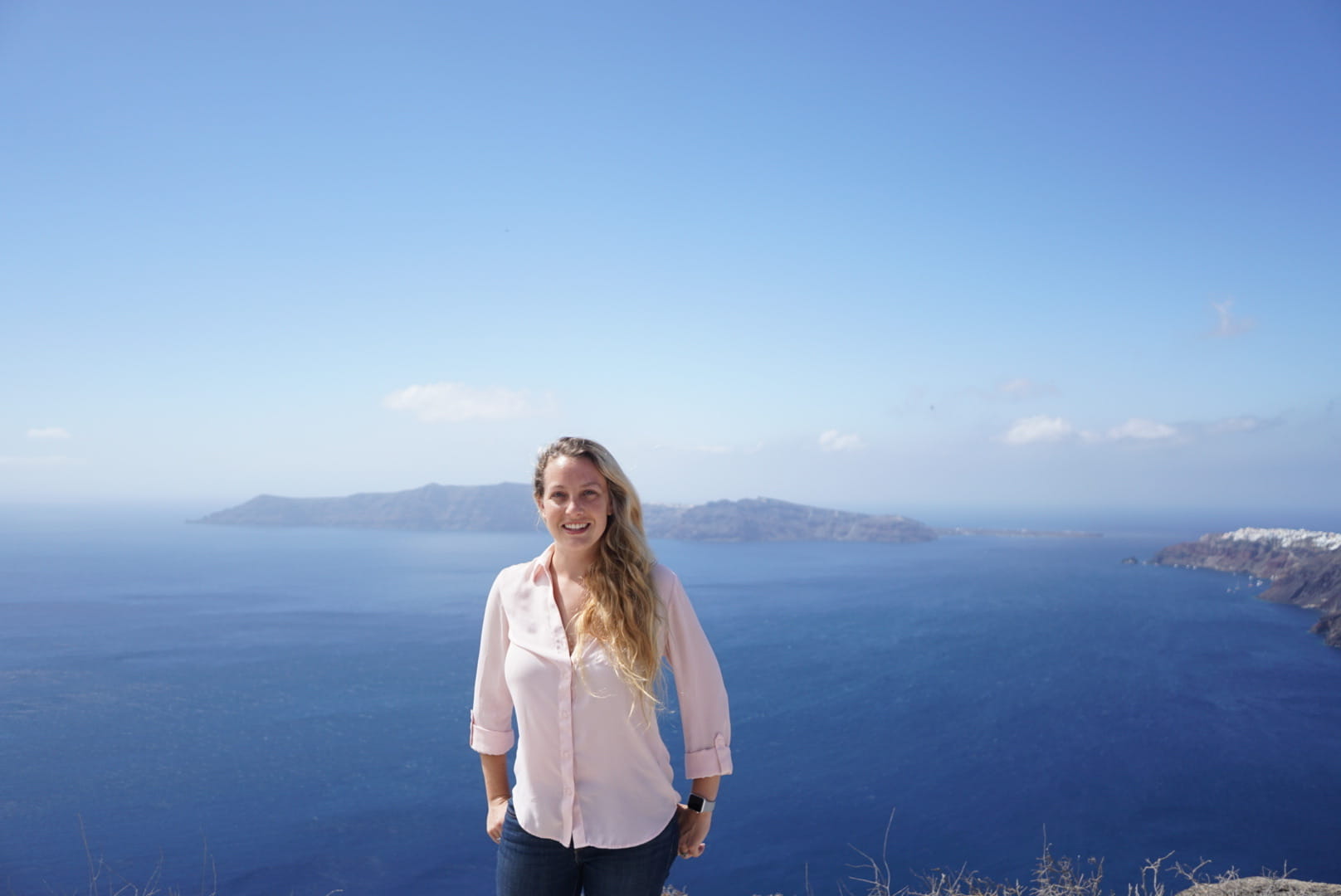 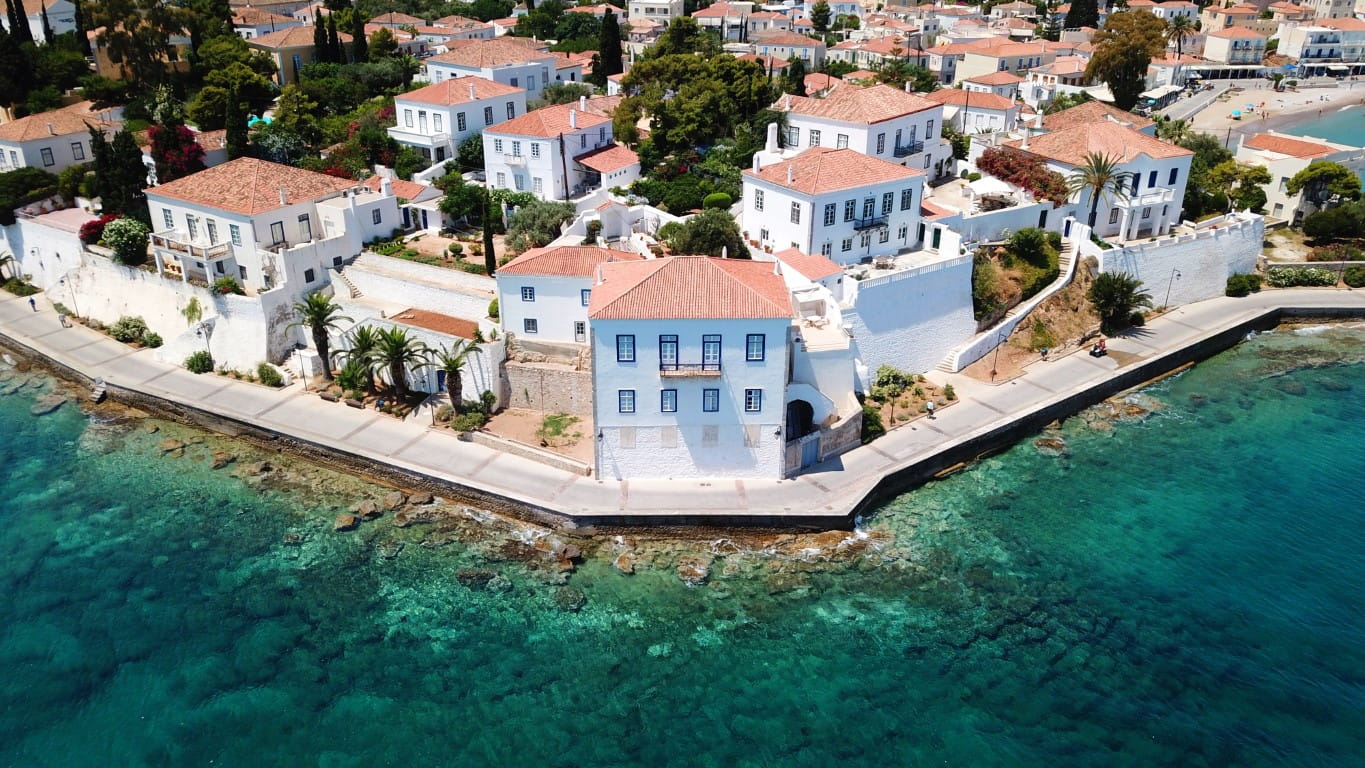 Spetses history goes back to 8000 B.C. Quite a long stretch of time to cover, but the most significant moments in its history are from the early 18th century. Greek merchants based on the island during this time worked on both sides of the trade embargoes during the Napoleonic Wars, creating great profit for Spetses. Arguably the most significant moment comes in 1821 when Spetses became the first of the Greek islands to declare open revolution against the Turks in the Greek War of Independence. Led by war heroine Bouboulina, merchant ships raided the Turkish coast, sieging fortresses and participating in a great many naval battles. The museum dedicated to Bouboulina is well worth a visit, especially as it is within her old home. 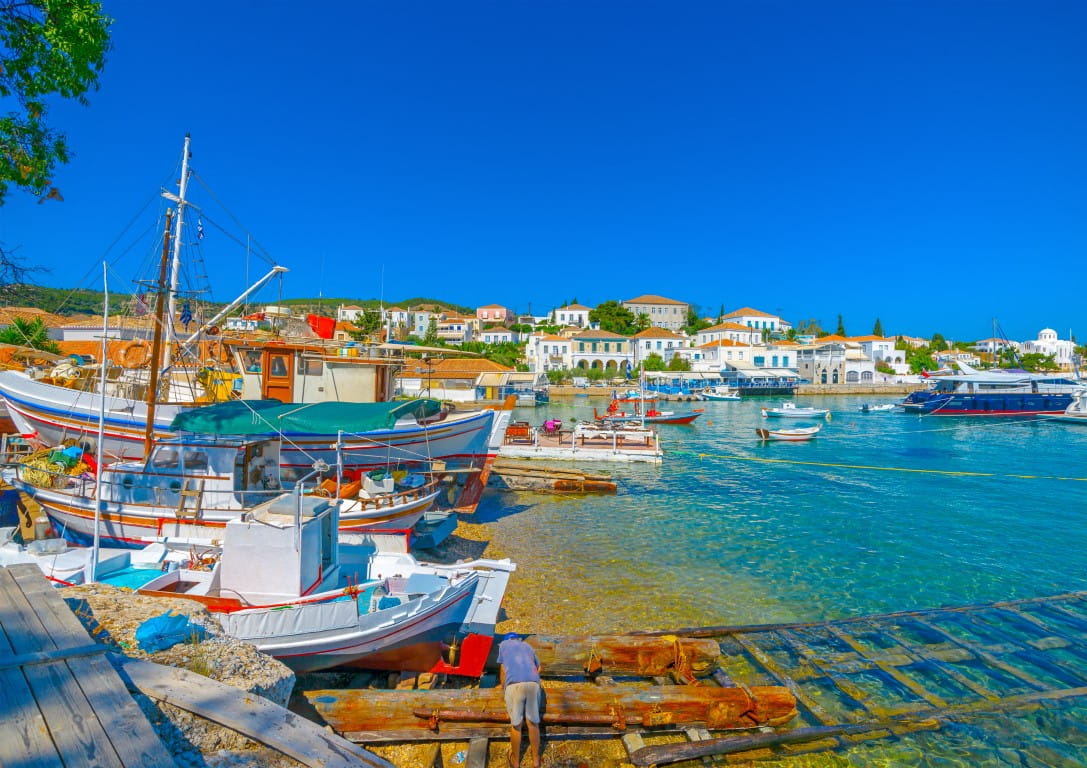 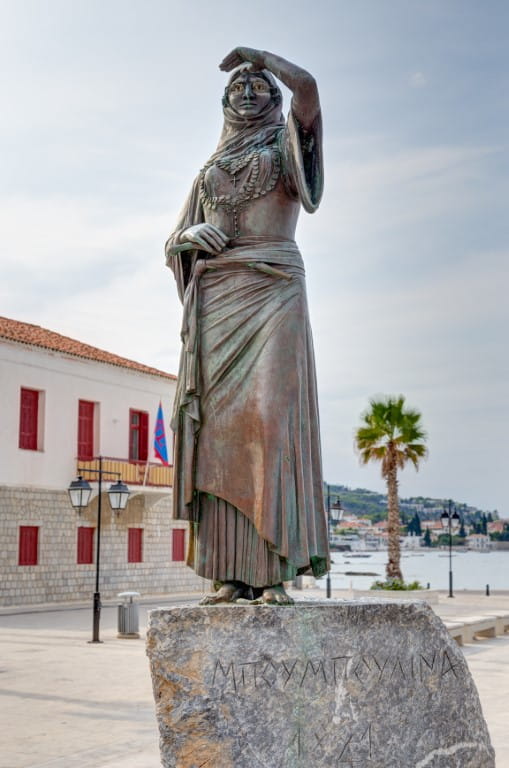 The Poseidonion Hotel is your ideal stay on the island. In the early 1900’s the island was flooded during the autumn with Athenian hunters. Once Sotirios Anargyros, a Spetses-descended US-tobacco tycoon, saw the need for a hotel on the island he quickly built Poseidonion for the wives and children of the hunters. The high society, royalty, and rich from around Greece have found the hotel and the island to be the perfect vacation spot. The Poseidonion offers an oasis on the waterfront, with views, spa, and comfort awaiting every traveler. 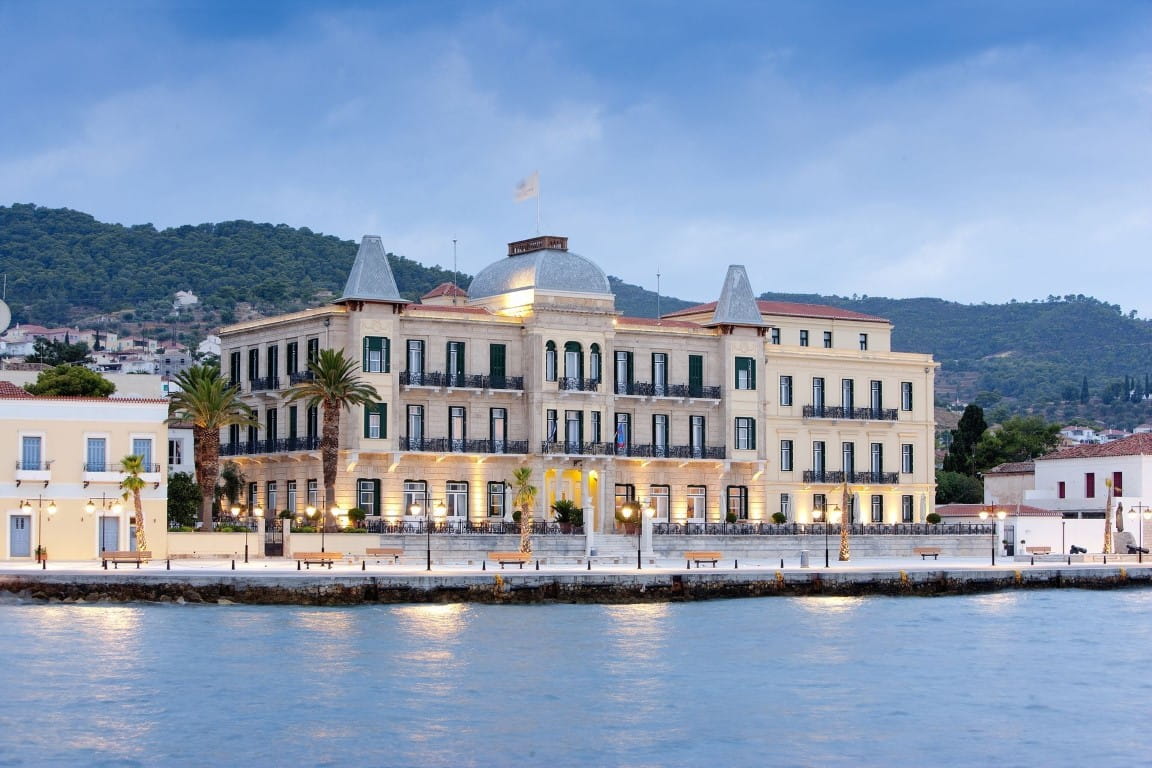 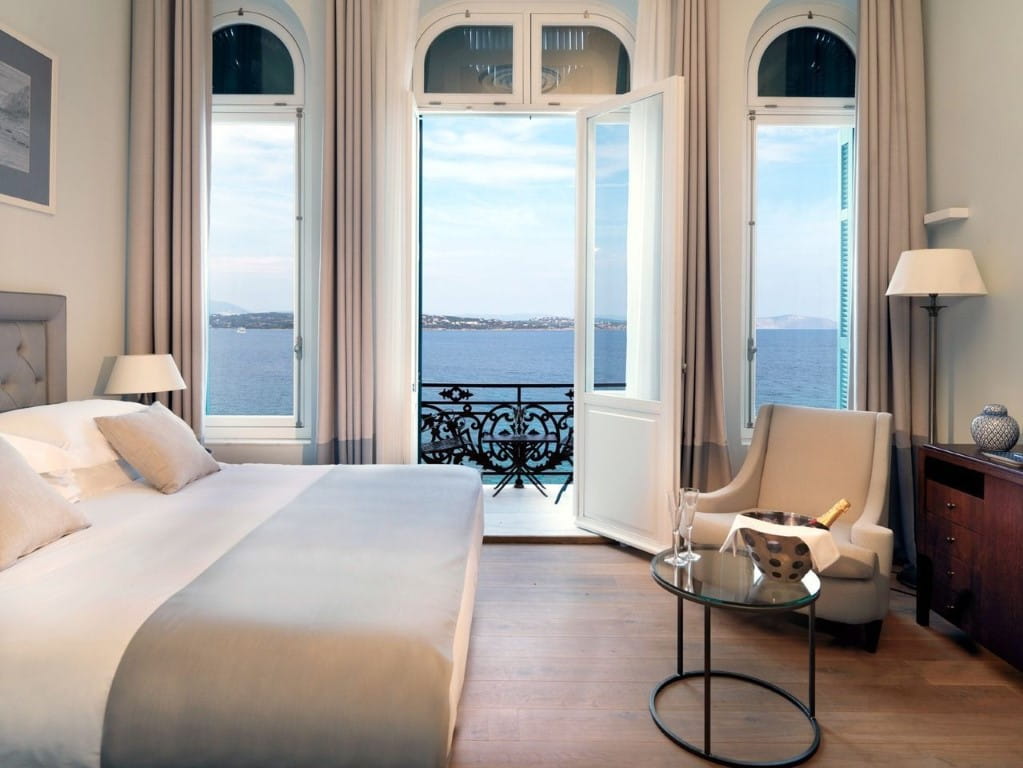 beautiful views at the Poseidonion

The transportation on the island is unique. Just a few minutes walking around the town reveals a distinct lack of motor vehicles. In fact, for the most part, cars are not allowed on the island. Instead, the locals drive mopeds, motor scooters, and motorcycles. Also seen driving through the streets are horse drawn carriages. Obviously mostly occupied by the few tourists, it can be a great date idea or even a fun way to get to the other side of town without walking. What a fantastic experience to see motorcycles driving right by a horse drawn carriage with a group walking right next to them. Most people, however, choose to walk through town. Everything is close by and nothing is off limits for the adventurous! 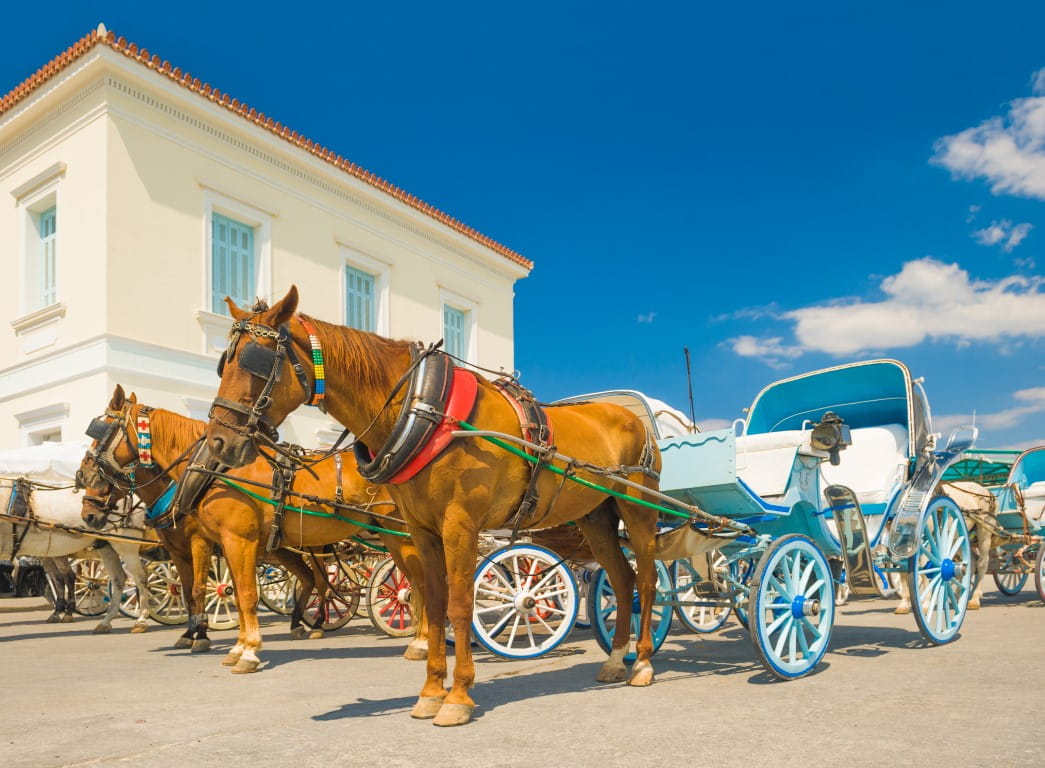 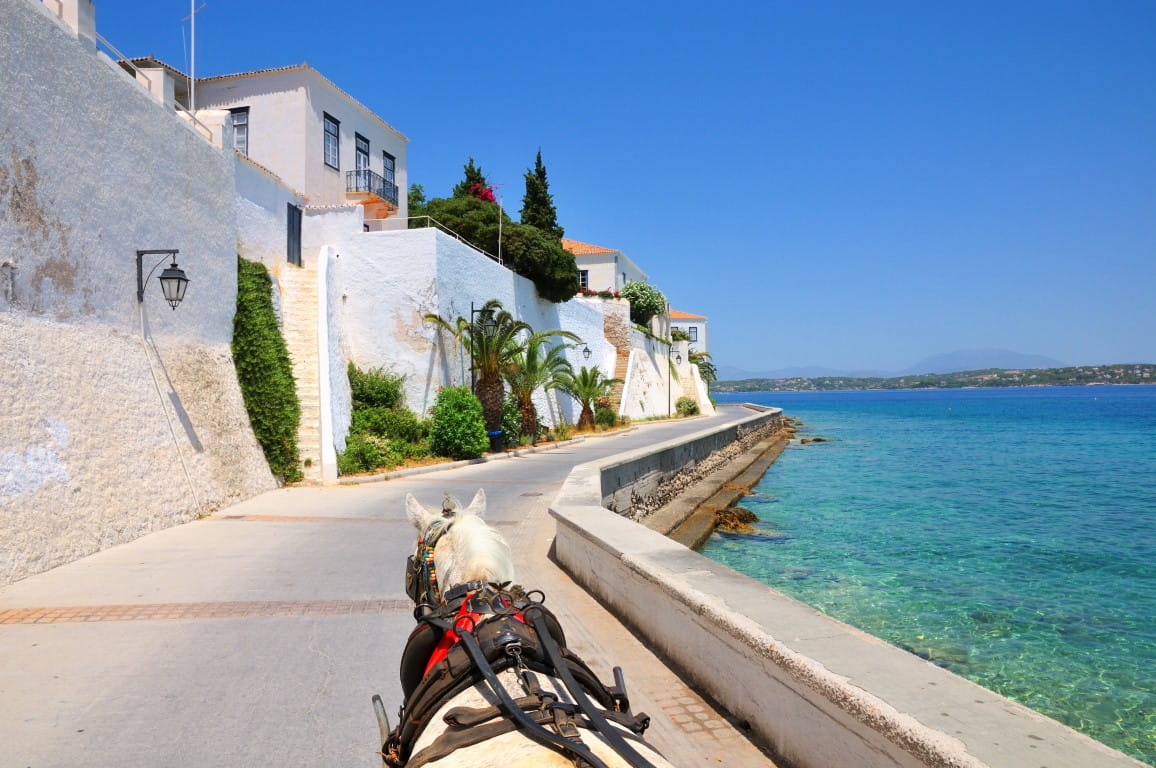 There is no better vacation than feeling completely taken care of in luxurious fashion, while still blending in with the local culture. Spetses is ideal for this experience. While staying at the Poseidonion, you can take just a few steps outside of the hotel to see the main town. Small coffee shops and local merchants are on every street and around every corner. There are local and “touristy” eating spots well within reach. The wealthy Athenian vacationers walk down the street next to the Spetsiot locals. Luxury yachts can be seen floating at the hotel docks next to the fishing boats and water taxis. It is a one-of-a-kind experience. 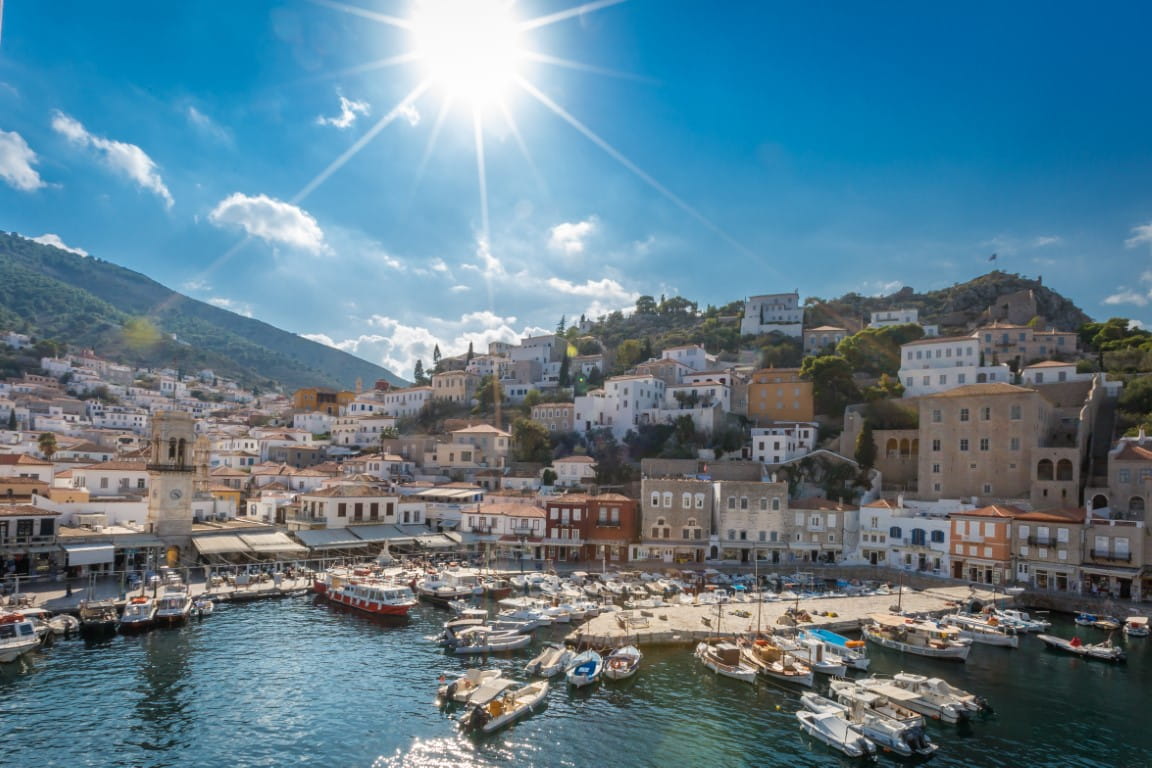 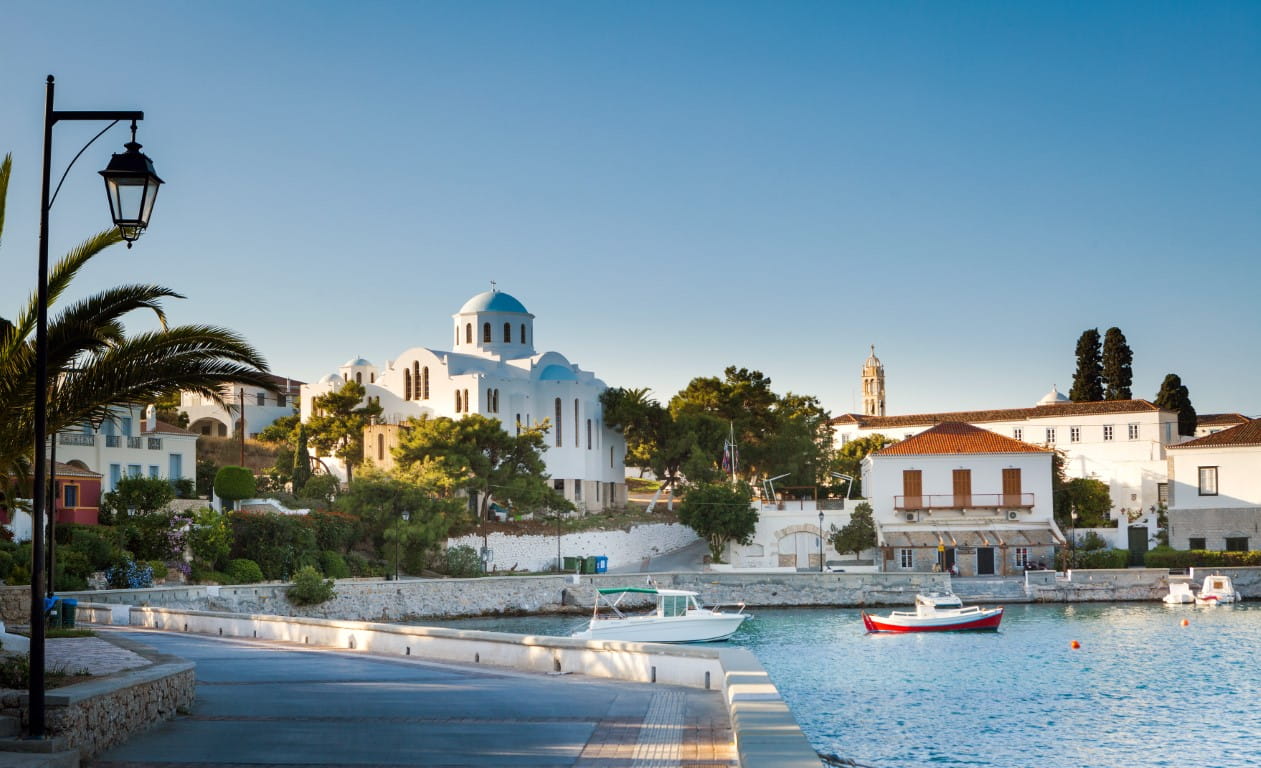 5. Beaches and the Uninhabited Section

As I mentioned before, Spetses is only inhabited in one town. Quite an interesting experience at first but exploring the rest of the island is well worth it. Between 25 to 30 kilometers of trails span the island. Hiking these trails leads you through heavily forested areas and can drop you right at any number of beautiful beaches. Beaches such as Zogeria, Agioi Anargiroi, and Agia Paraskevi can also be reached by public bus from the old port. Exploring this untouched land is an excellent use of a day or two. 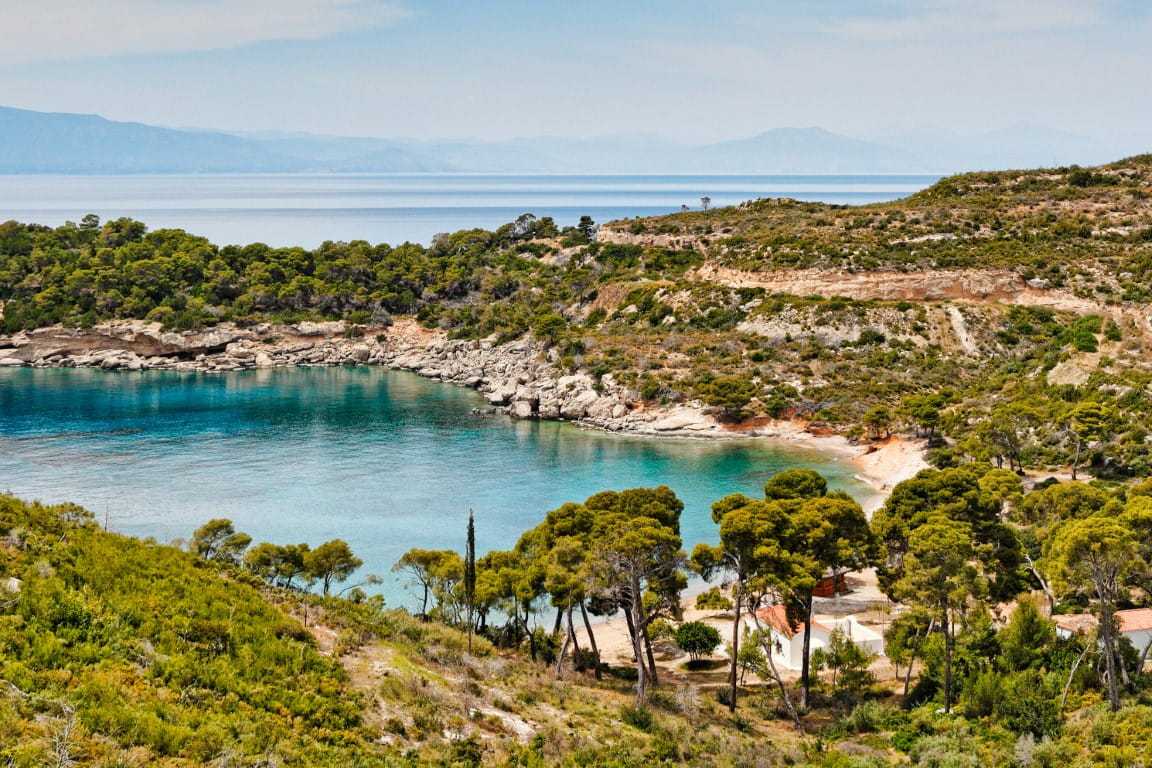 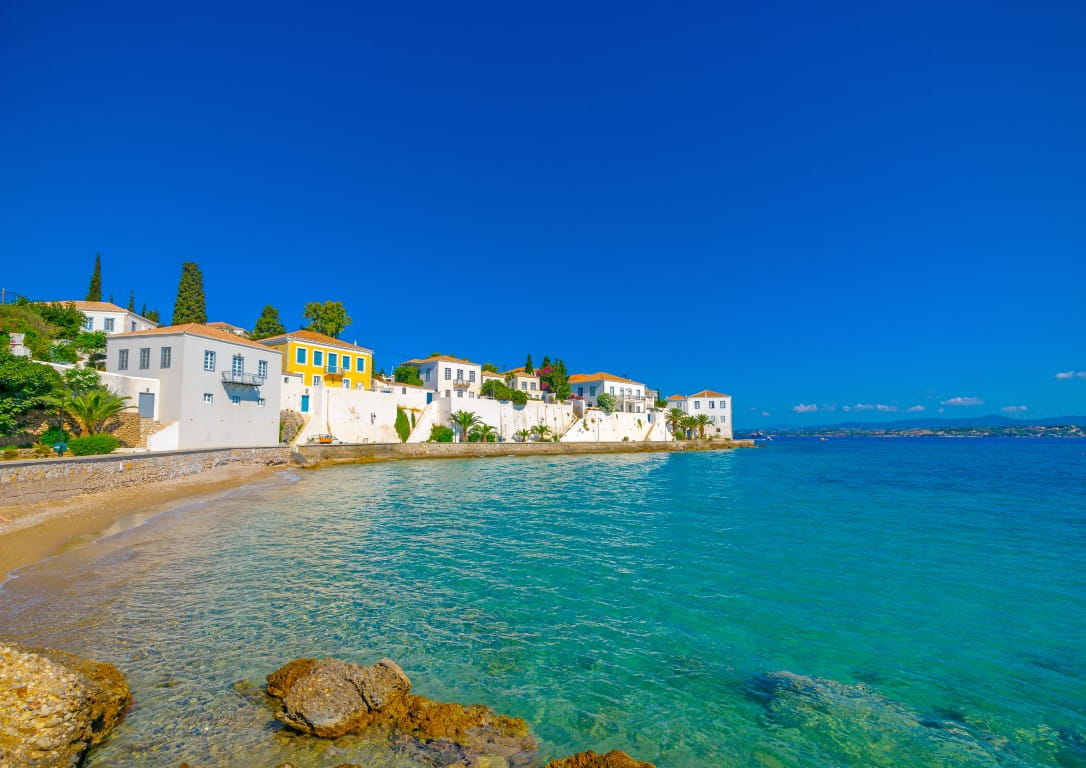