Song Saa is a resort with a conscience. What was once a labour of love for owners Melita and Rory is now one of southeast Asia’s most luxurious destinations, yet it is its focus on sustainable development and deep rooted commitment to giving back to the local community of Koh Rong that really sets it apart. ...

Song Saa is a resort with a conscience. What was once a labour of love for owners Melita and Rory is now one of southeast Asia’s most luxurious destinations, yet it is its focus on sustainable development and deep rooted commitment to giving back to the local community of Koh Rong that really sets it apart. Asia expert, Maddie, stepped foot on this pair of pristine islands, leaving nothing more than a footprint behind.

A few years ago when I first travelled to Indochina, one of the things that I noticed the most was the huge amount of plastic that went to waste every day. Bottles were everywhere, littering the side of the road, clogging up rivers and washing up on to formerly pristine beaches. But in three weeks I easily used more disposable bottles than I would normally in a year as they were the only reliable source of uncontaminated drinking water. 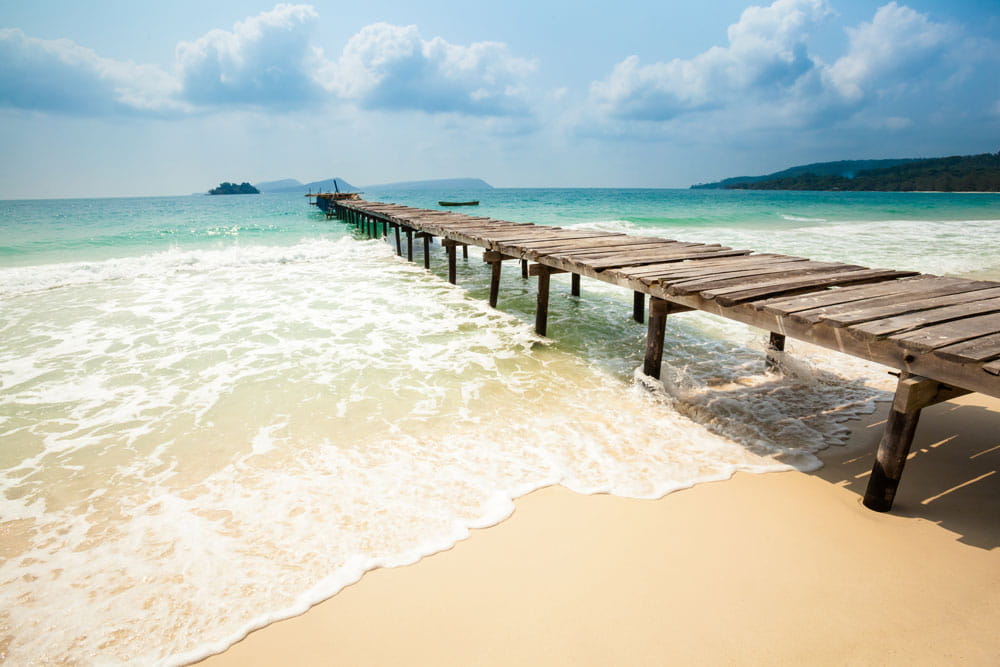 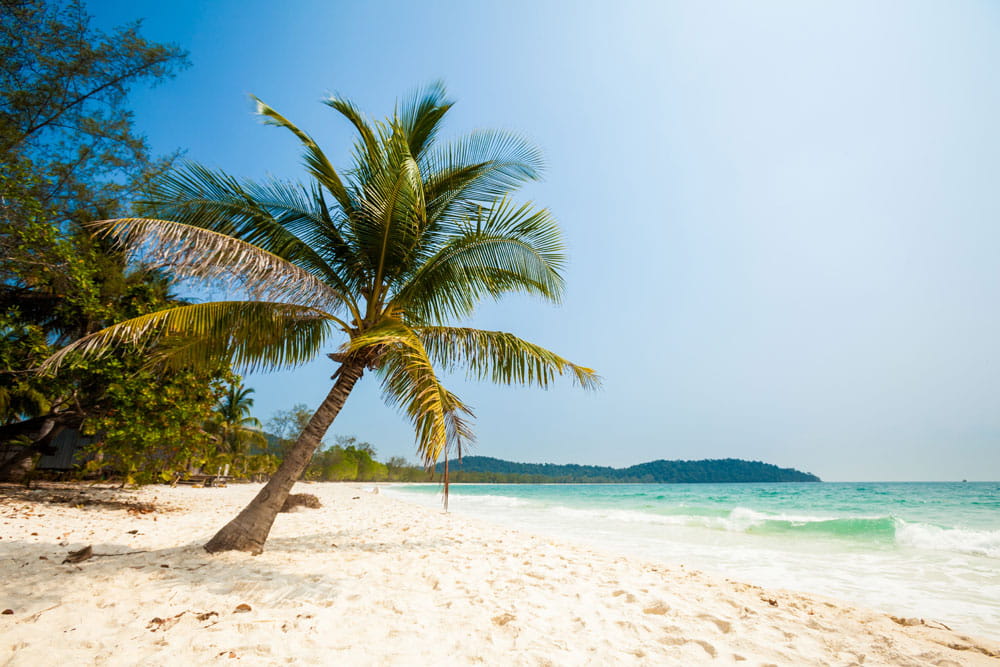 All this is changing however. More and more places are gaining access to clean drinking water, or are investing in their own filters, pumps and wells. School children are being educated about the need to recycle and protect their environment, and jobs are being created, collecting and processing recyclable waste. Southeast Asia is going through an environmental revolution.

All of the hotels I recently visited in Asia were environmentally friendly to some degree. The one that stood out the most however was the beautiful private island resort of Song Saa, located on the Koh Rong archipelago, off the coast of Cambodia. Song Saa was founded by an Australian couple who were on a farewell tour of the country after living in the capital Phnom Penh for several years. On arriving in the fishing village of Prek Svay, they found the locals wading through seas of plastic waste that came above their knees. It had drifted from the mainland and surrounding islands, but they had no means of dealing with the huge amount arriving on its shores. Rory and Melita chartered several boats to come and ship the rubbish to treatment centres on the mainland, and after a few weeks the village was once again fit for human habitation. However, that was only a short-term fix. 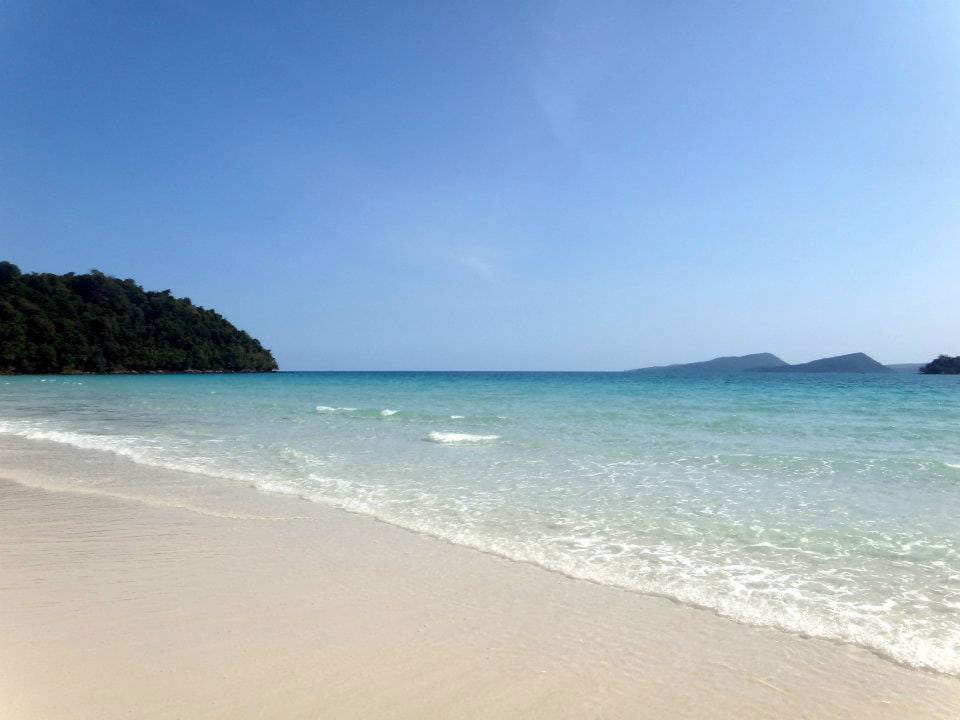 Pristine beaches of the archipelago 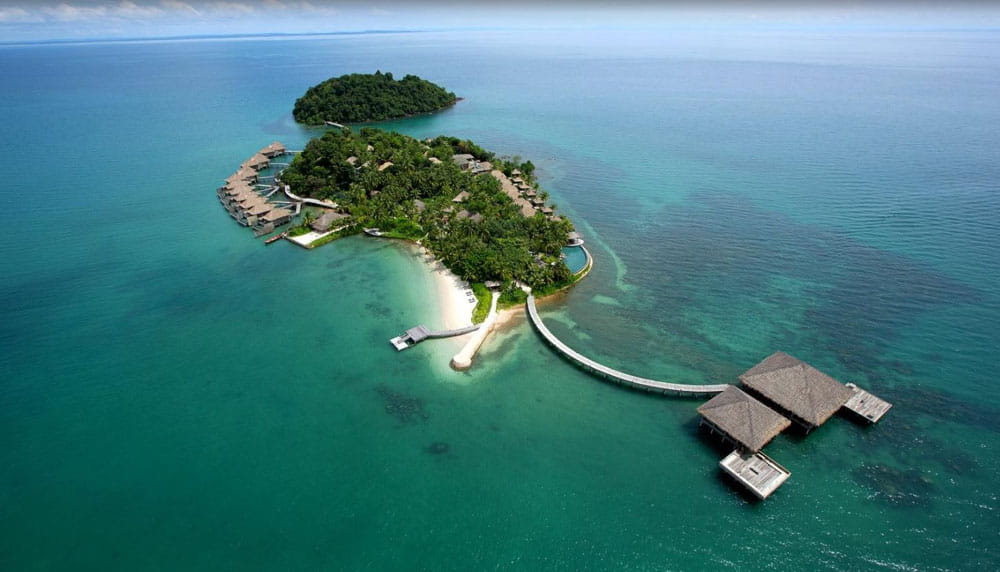 The idea was borne to buy the two tiny islands of Koh Bong and Koh Ouen, just a few hundred metres off Koh Rong island, and build a luxury resort there. In 2006 the islands were sold, and three years later work started on building a completely sustainable 5* resort, unlike any other in Cambodia. 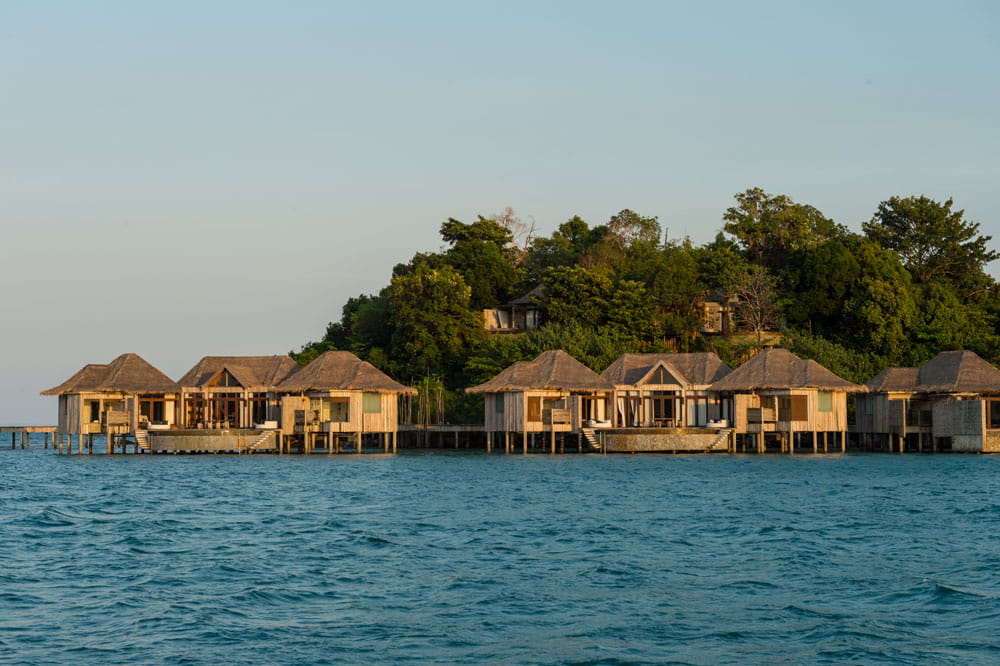 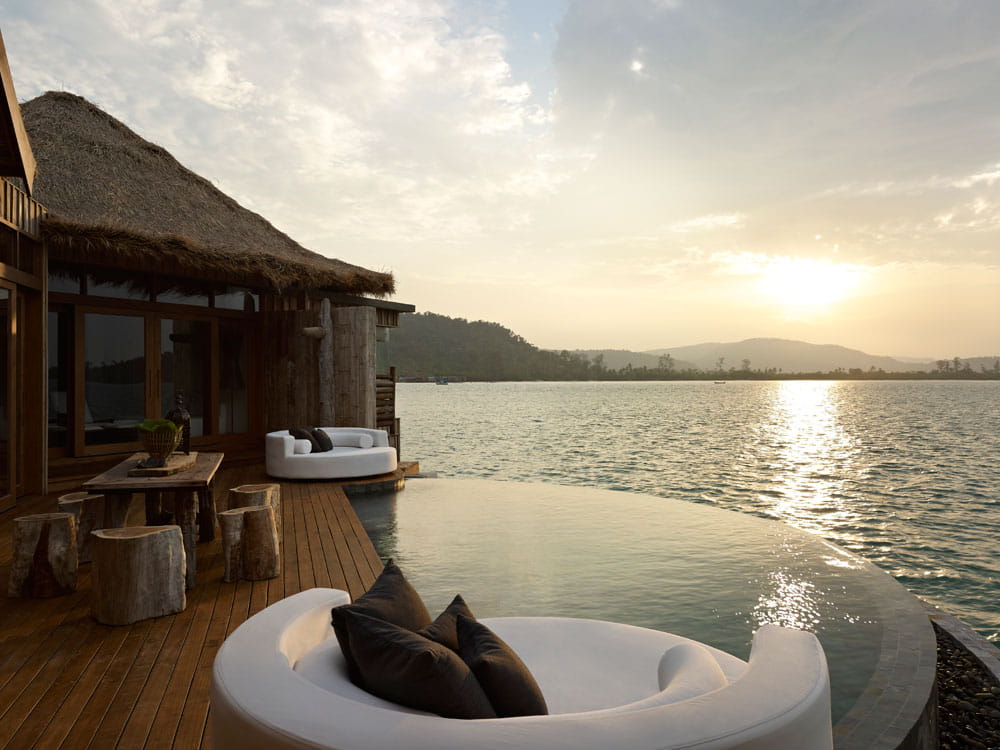 My encounter with team member, Chay, really brought home how much of a positive impact Song Saa is having on the local community. Chay was living in Prev Svay when Rory and Melita started building. He had been working on his parents’ fishing boat since he finished third grade, the highest level of education it was possible to achieve at the tiny village school. Hehas witnessed first hand the change that Song Saa and the Song Saa Foundation brought to his village, providing clean water, free healthcare and secondary education. The foundation also taught the locals how to create compost from food waste so they can farm instead of relying on ever-dwindling fish stocks, and they provided a program to help protect the reef and marine life around the archipelago. Thanks to the life-saving work of the foundation, the village has grown from just 50 families to 145 in just ten years. 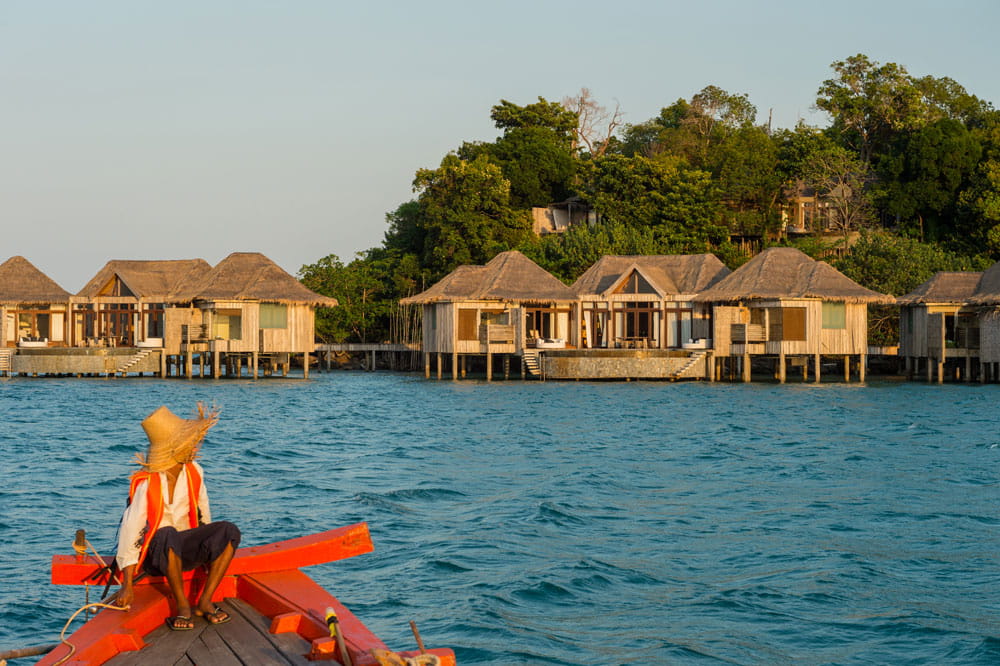 Explore the archipelago by longtail boat 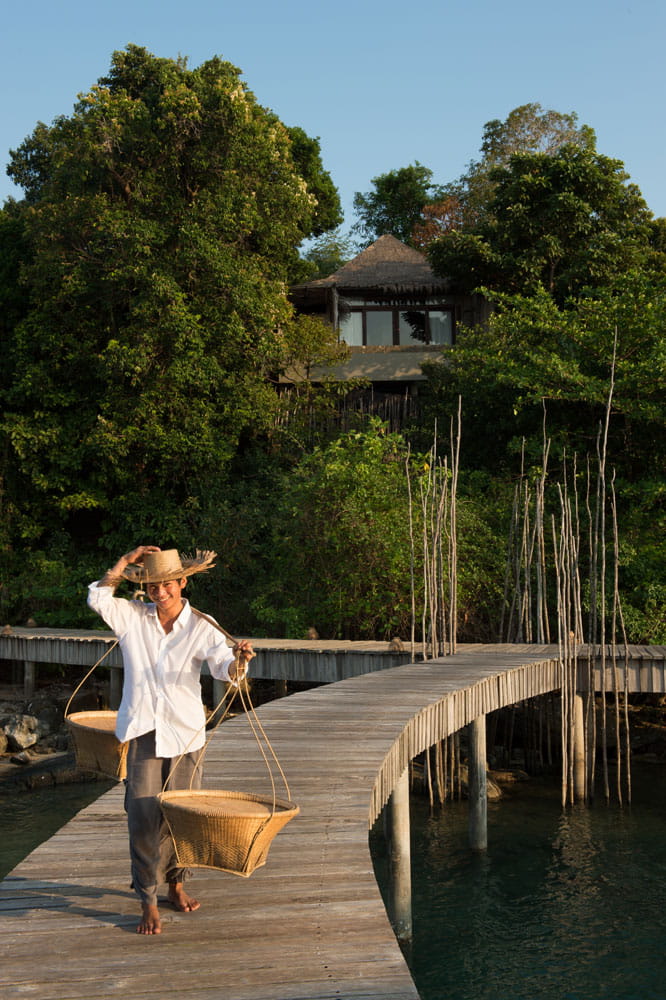 Service with a smile at Song Saa

After starting work in the laundry, Chay religiously attended the resort’s free English language classes, chatted with the foreign staff and in just a few short months he moved to a guest facing role where he could practice his English further. It is impossible to think that before Song Saa he would have entertained dreams of learning another language and opening his own hotel. He was delighted to tell me about the staff trip once a year to Siem Reap or Battambang, so the staff who may never have travelled further than the port city on the mainland, are able to connect with the important history and culture of their own country. 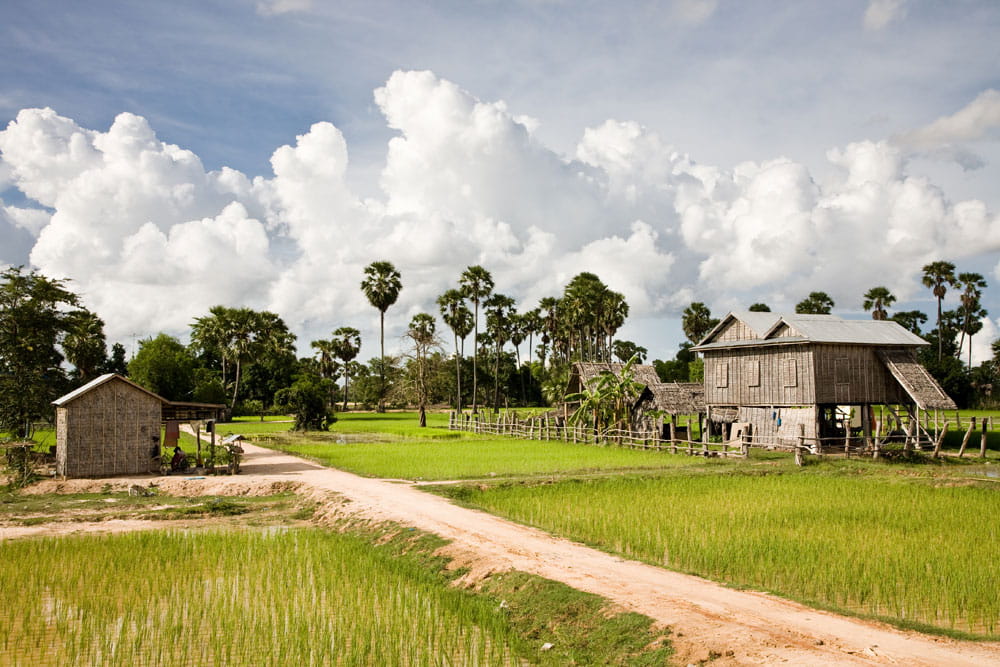 Song Saa has one of the best environmentally friendly concepts and social awareness programs I’ve ever come across, and I’m delighted to be working with such fantastic resort that has had such a positive impact on the local community.

This entry was posted in Far East, and tagged Cambodia,