A superb and secluded little camp, Old Mondoro (so named after the Shona word for lion) nestles on the banks of the Zambezi River, shaded by towering winterthorn trees, in an area renowned for its natural beauty as well as its high concentrations of game.

Owned and operated by the Cumings family of Chiawa Camp repute, the concept of Old Mondoro is simple - to provide guests with an authentic, intimate safari that concentrates on the wildlife and bush experience whilst not forgoing any creature comforts or service.

Intimate and rustic, Old Mondoro has just four thatched chalets, three in a lovely position overlooking the Zambezi, and the fourth overlooking a small lagoon at the end of the camp. The chalets are secluded and private, each with its own veranda, supremely comfortable beds, a small seating area and plenty of storage space. Through a door at the end of the chalet is the open-air bathroom which has recently been redesigned with a large bath and powerful shower. They are cleverly designed chalets, with discreet electric lights for the dark evenings (although guests will also be supplied with a spirit lamp) and each has a plug point for charging camera or video-camera batteries. Two of the tents overlook the Zambezi whilst the other two overlook the small lagoon.

The main area is a large, tented, open-sided structure overlooking the river with comfortable sofas, a tea and coffee and cool drinks table, and a dining area - it's a lovely place to relax in the afternoons, before your game drives. Generally brunch and afternoon tea are served here, with dinners taken under the stars. There is a also a fire pit right at the edge of the river, surrounded by canvas chairs, where guests will usually gather for a drink before dinner.

During the summer months the camp becomes a mecca for fairly large groups of very relaxed elephant bulls who come to feed on the rust-coloured winterthorn pods,(Acacia Albida) their favourite food. They will often gather down by the river before wading in and across to the islands to forage on the grasses there. In October the elephant can be so numerous that the camp employs the use of an "elephant taxi" to collect and deliver guests to and from their rooms.

The game viewing in the area is excellent - large herds of elephant bulls are seen almost every day, as well as good populations of lion and some great leopard sightings. Also notable are large herds of buffalo, good sightings of kudu, and smaller predators such as hyena, honey badger (the camp is close to a honey badger den), civet, genet and various species of mongoose.

Be spellbound as the resident elephant bulls slowly make their way through camp before splashing into the river for their daily bath. 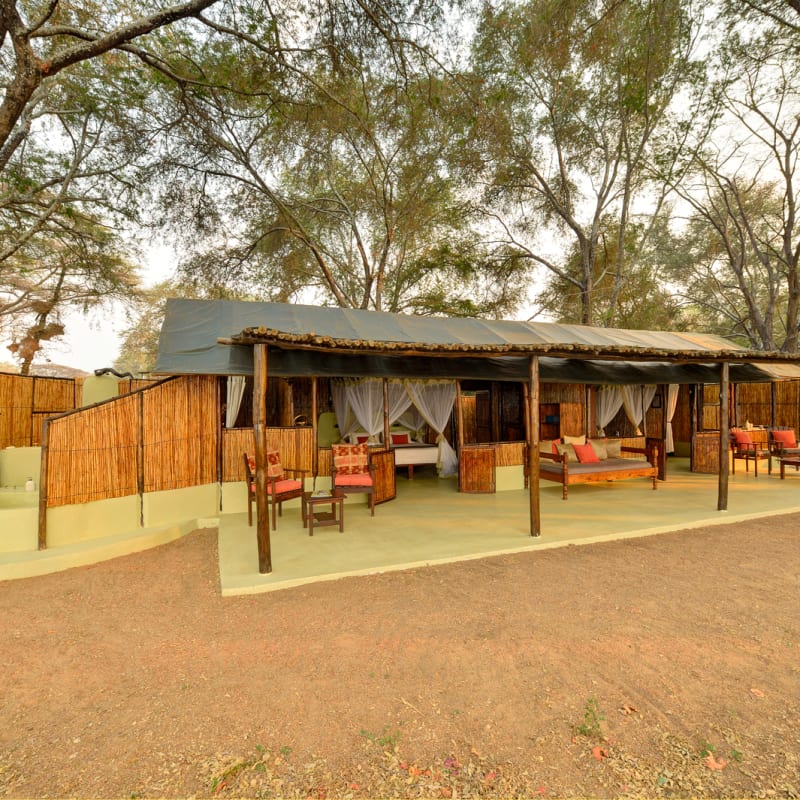 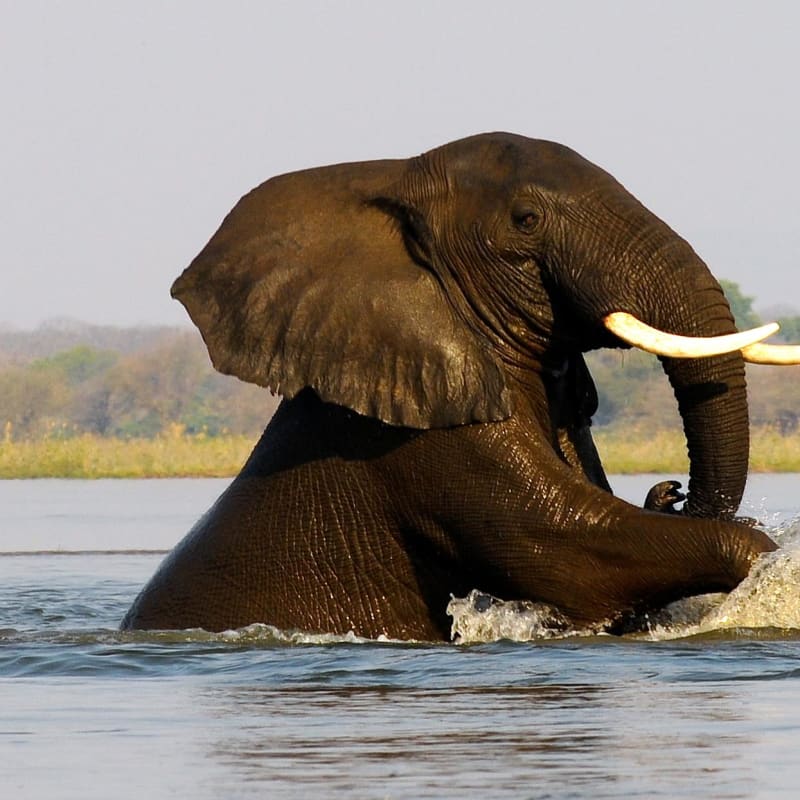 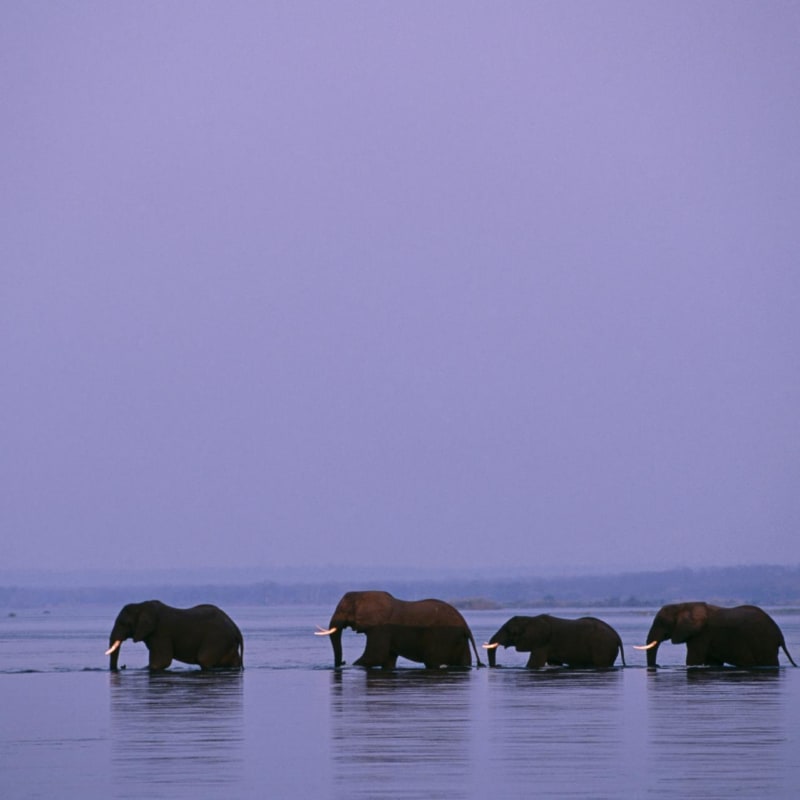 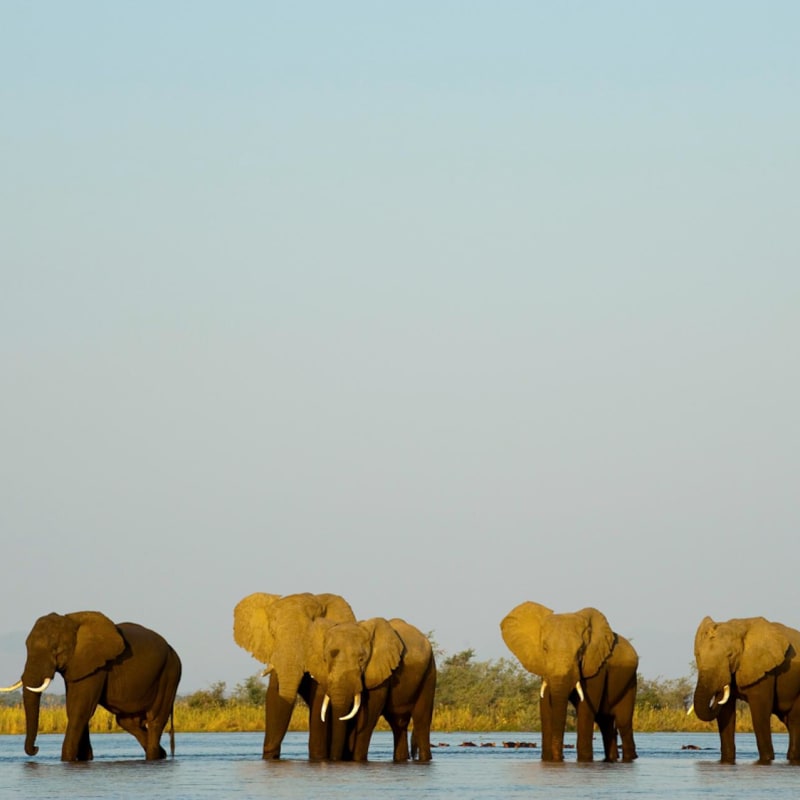 Old Mondoro is nestles on the banks of the Zambezi River, in the Lower Zambezi National Park, Zambia.