An action-packed adventure for all the family, this itinerary is ideal for those looking to experience Japan’s highlights during a half-term break or combined with a Southeast Asian beach holiday. Experience the neon lights, avantgarde pop culture and iconic sights of Tokyo, stay in a traditional Japanese ryokan set in the natural beauty of rural Hakone with its amazing views of Mount Fuji and ride the bullet train to Kyoto, resplendent with Japan’s rich geisha, samurai, and ninja heritage.

Japan has four seasons and is best visited in spring from March to May and autumn from September to November. December to January can be cold with snow and the summer is hot and humid. The end of March and early April is a particularly good time to visit as this is the cherry blossom season as is October for the autumn colours.

Price Guide: ( based on double occupancy and excludes international flights)

Your Japanese adventure begins in the charismatic capital, Tokyo, with its hypnotic energy, futuristic skyscrapers, and traditional wooden temples. For those new to the city, it is clean, safe, and easy to navigate, using the efficient public transport network. Your first full day is spent with your own private guide who will tailor the day to suit your interests. A city of many differing districts and sights, it is worth researching the areas and attractions which hold most appeal for you to make the most of the day.
A visit to the observation deck of the Tokyo Skytree, the second tallest tower in the world, is a wonderful way to take in the sweeping sprawl of the city and if the sky is clear, you can even see Mount Fuji. The tower also includes the Pokemon Centre and if anime, manga, cosplay, and video games are of interest, head to Akihabara, the anime capital of Japan. Along with Harajuku, this is one of Tokyo’s main areas to experience the city’s famous youth and pop culture. The iconic Shibuya Crossing is another highlight, along with the neon-lit skyscrapers of Tokyo’s entertainment district, Shinjuku.
Accommodation: Park Hyatt Tokyo ( 3 nights ) 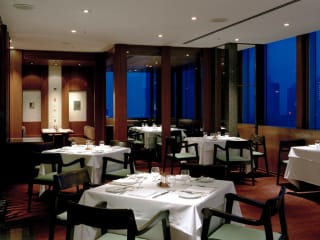 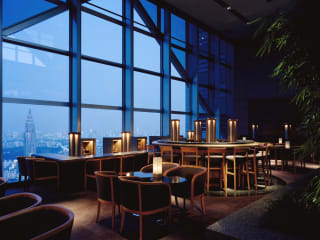 The following morning, the train will whisk you to the picturesque town of Hakone. Famous for its views of Mount Fuji, deep green forests, volcanic peaks, and beautiful Lake Ashi, the area makes a peaceful contrast to the buzz of the capital. This is chance to immerse yourselves in Japanese culture with a stay at an upscale ryokan inn, boasting traditional Sukiya architecture and rooms with tatami mat flooring, washi paper sliding doors and low wooden furniture. A highlight is the opportunity to experience hot spring bathing. There is both a shared outdoor onsen, and rooms with private outdoor onsen. The food is all freshly prepared from natural ingredients, making for a memorable kaiseki dining experience in your room.
Your trip includes a Hakone Free Pass, providing unlimited use of local trains, cable cars, ropeways, boats, and buses. There’s lots of fun to be had exploring the area, cruising Lake Ashi, using the network of cable cars and ropeways and visiting the Hakone Open Air Museum, with its interesting and impressive collection of art installations and sculptures.
Accommodation: Yoshimatsu ( 1 night ) 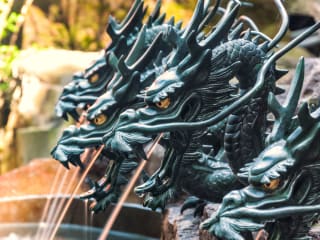 You then travel to Kyoto, for a three-night stay in this exquisitely preserved city. Kyoto was spared the bombing of the Second World War and has retained much of its traditional character. Home to thousands of Buddhist temples and shrines, traditional Japanese architecture, beautiful gardens and atmospheric geisha and samurai districts, the city is Japan’s undisputed cultural capital.
After you’ve had a chance to acclimatise, the following day you will be accompanied by your own personal guide, who will introduce you to the city’s highlights. Again, the day can be tailored to your specific interests, so it’s worth compiling a hitlist of things you would like to see and do. We’d suggest exploring Gion, the beautifully preserved and atmospheric geisha district with historic teahouses, shops, bars, and restaurants. Another family favourite is the UNESCO-listed Nijo Castle, once home to one of Japan’s most powerful shogun or warlords, Tokugawa leyasu. Surrounded by two moats for protection, this impressive structure has nightingale floors designed to squeak, in the event of an invasion. Entering the castle quietly may take several attempts!
Your last day is a chance to release your inner ninja, with a private one-hour lesson on the art of stealth. During the 15th to 17th centuries in feudal Japan, ninjas were the black-clad masters of espionage. This hands-on lesson takes place in a traditional reed-mat martial arts hall in the heart of the city. Dressed in full ninja gear, you will try your hand at using traditional ninja weapons, including shuriken (metal stars), kunai (daggers) and blow guns.
Accommodation: Hyatt Regency Kyoto ( 3 nights ) 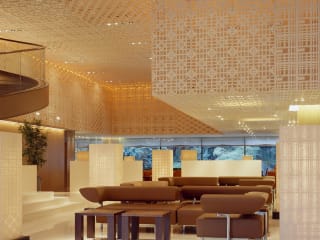 We design each itinerary around you, so this suggested itinerary is a starting point that we can tweak or transform into something completely bespoke to you.
Call us on (65) 3165 4050 to start planning your holiday.

The Park Hyatt Tokyo is a prominent feature in Tokyo's skyline, comprising three interconnecting towers in the vibrant area of Shinjunku. Luxury accommodation and the latest in technology, style and design dominate the hotel.

Located close to the centre of Kyoto, a pleasant walk from the famous Geisha Gion district and opposite the Kyoto National Museum, the luxury Hyatt Regency Kyoto is a great base from which to explore the cultural heart of Japan.

Japan has four seasons and is best visited in spring from March to May and autumn from September to November. December to January can be cold with snow and the summer is hot and humid. The end of March and early April is a particularly good time to visit as this is the cherry blossom season as is October for the autumn colours. 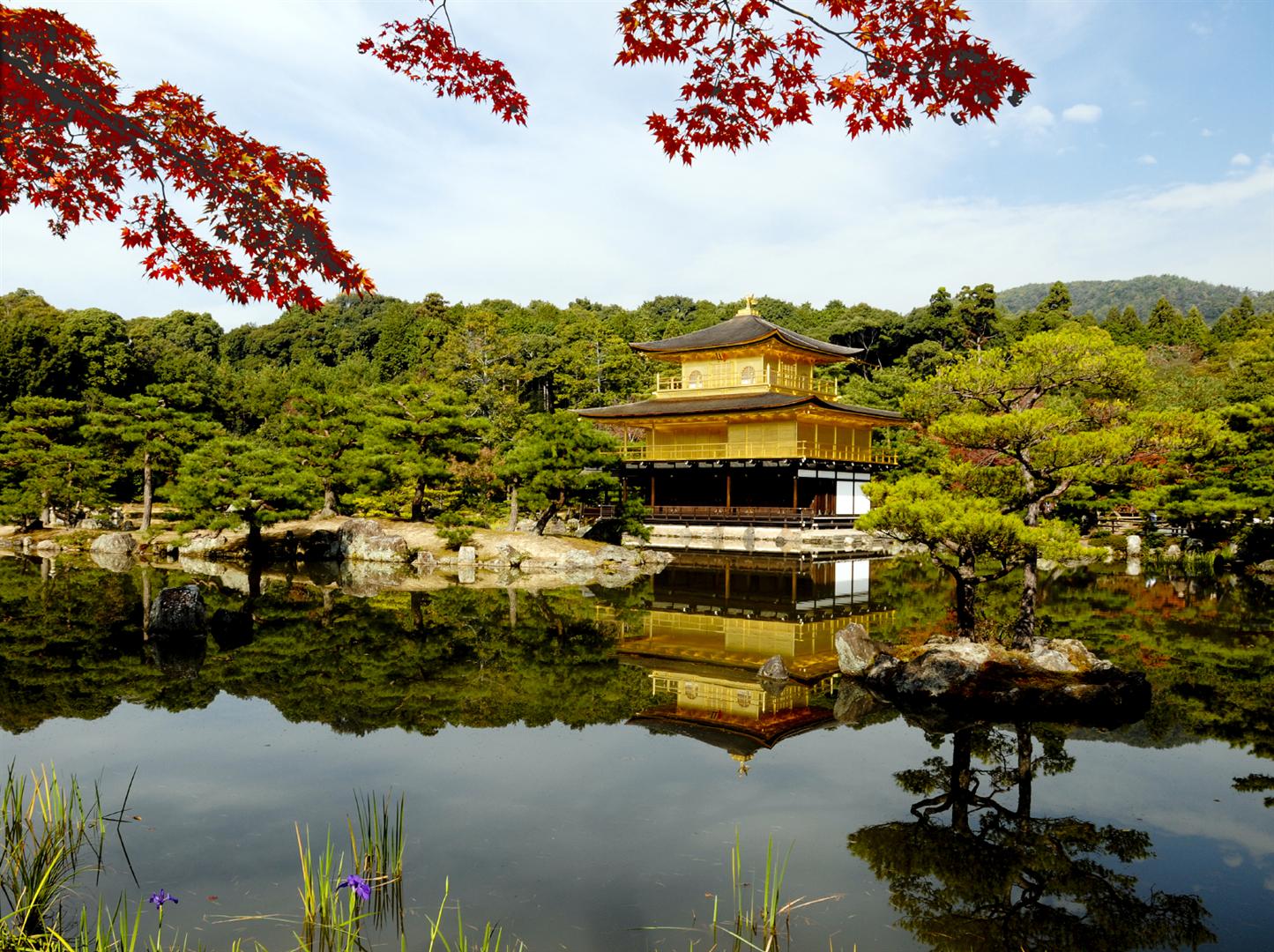 We design each itinerary around you, so this suggested itineraryis a starting point that we can tweak or transform into something completely bespoke to you. Call us on (65) 3165 4050 to start planning your holiday.