Occupying the prime position on the crater rim, Ngorongoro Crater Lodge offers simply magnificent views of the crater floor and some of the most opulent and unique accommodation in Africa. The Crater Lodge has 30 suites split between three camps.

The Ngorongoro Crater is the remains of a once massive volcano, nearly three million years old, on the eastern border of the Serengeti National Park. Now collapsed and eroded to leave the world's largest unbroken caldera, it forms an extraordinarily fertile ‘bowl’ in the midst of rolling highlands, with permanent water sources and steep sides ensuring that the wildlife that thrives here has little reason to leave.

The Ngorongoro Crater Lodge has 30 suites, divided between three adjacent camps: North and South Camps, comprising twelve suites each, and the more intimate Tree Camp, with six suites. Each camp has its own viewing deck, grand sitting room and dining room with their entrances dramatically illuminated at night by large fire bowls. The stone-built suites all include a private viewing deck, fireplace, spacious en suite bathroom - with free-standing, chandelier-lit bathtub - and are discreetly attended by a private butler. Their luxurious, colonial-style interiors are decorated with sumptuous fabrics, gilt-framed mirrors and carved Zanzibar wood panelling, and the floor-to-ceiling windows have spectacular views of the crater.

Activities include twice-daily game drives, crater picnics and sundowners, guided walks and Maasai cultural visits, as well as visits to the nearby Olduvai Gorge, made famous by the Leakeys’ archaeological discoveries in the 1940s and 50s. The lodge also offer in room massages.

The Crater comprises areas of grassland, swamps, lerai forest (small patches of forest made up of yellow-barked acacia and yellow fever trees), and Lake Makat, a central soda lake filled by the Munge river.

These habitats attract all kinds of wildlife to drink, wallow, graze or hide, and although the animals are free to move in and out of this contained environment, the rich volcanic soil, lush forests and spring-fed lakes on the crater floor incline both grazers and predators to remain.

Ngorongoro Crater is one of the last remaining areas in Tanzania where you are likely to see the endangered Black Rhino: a small population is thriving in this idyllic and protected environment, and it remains one of the few areas where they continue to breed in the wild.

One of the best views from a loo in Tanzania! 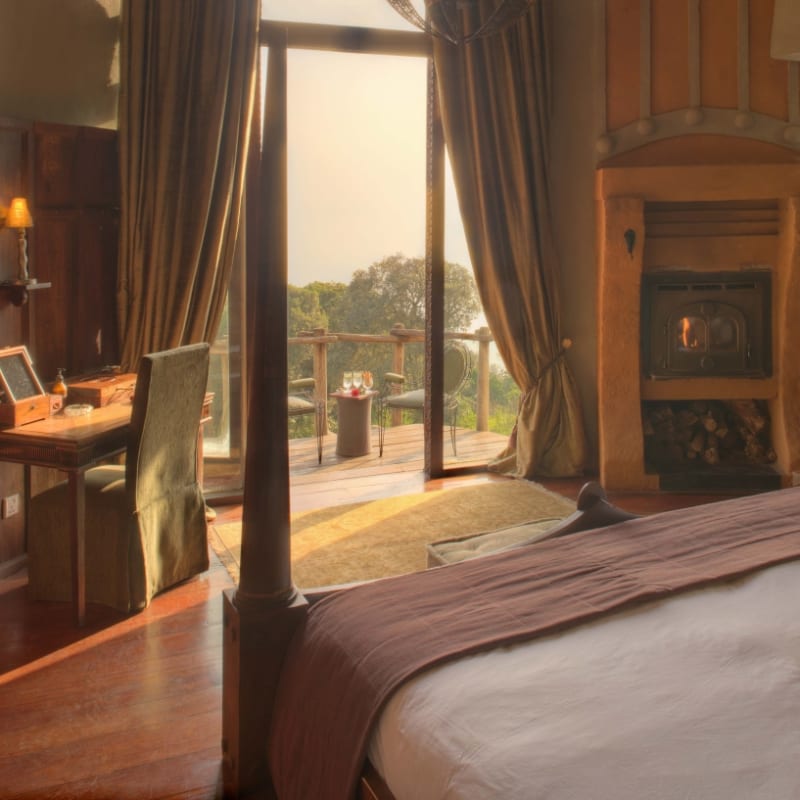 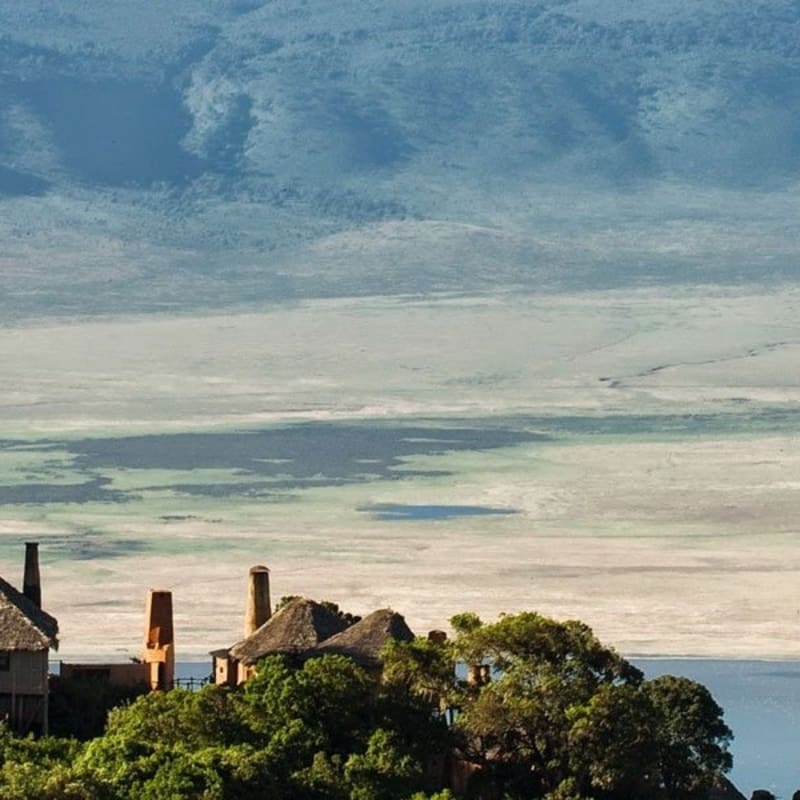 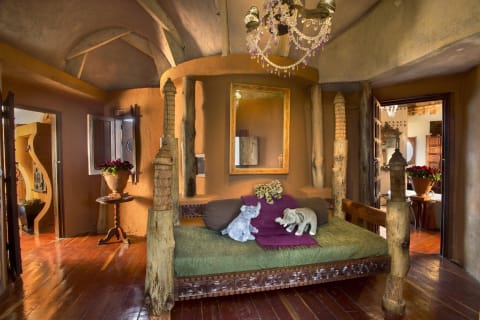 The family suite consists of two suites which are conveniently linked via a closed walkway. The Family suite can accommodate two adults and two children and the bedrooms, ensuite bathrooms and sitting rooms all boast floor to ceiling glass windows overlooking the spectacular crater below.

All suites have glamorous and opulent interiors with en-suite, chandelier-lit bathrooms.

Perched on the edge of the famous Ngorongoro Crater, Tanzania. One of the Wonders of the World and a designated World Heritage Site. At the eastern edge of the Serengeti, and nearly three million years old, Ngorongoro is one of the most perfectly formed and certainly the most spectacular calderas on the planet.