Often overlooked by visitors to the titans of neighbouring Thailand, Vietnam and Cambodia, Laos is one of Indochina’s hidden gems. A cultural melting pot with a fascinating history and beautiful scenery too, Laos may just be the destination in Asia you have been waiting for…. Far East expert, Sarah, tells us more. For most people, ...

Often overlooked by visitors to the titans of neighbouring Thailand, Vietnam and Cambodia, Laos is one of Indochina’s hidden gems. A cultural melting pot with a fascinating history and beautiful scenery too, Laos may just be the destination in Asia you have been waiting for…. Far East expert, Sarah, tells us more.

For most people, a trip to southeast Asia means ticking off a few of the world’s most famous sites; Vietnam’s Halong Bay, Cambodia’s Angkor Wat, the electrifying city of Bangkok, and of course, Thailand’s stunning beaches. Alongside these bucket-list behemoths, how could sleepy Laos even compare? Few people even know where it is, tucked away beyond the north of Cambodia and sandwiched between the thin spine of Vietnam to the east and Thailand’s famous Golden Triangle to the west.

Sleepy it may be, but the fascinating history of Laos packs a cultural punch strong enough to satisfy even the most well-travelled of holidaymakers. Laos was besieged by more than two million tonnes of ordnance during the Second World War, the equivalent of one plane load of bombs being dropped every eight minutes over the course of nine consecutive years. This secret war has had a direct impact on Laos’ development as a tourist destination, and as a result it has fallen far behind the tourism mecca of Thailand, and the up-and-coming beach destination of Vietnam. 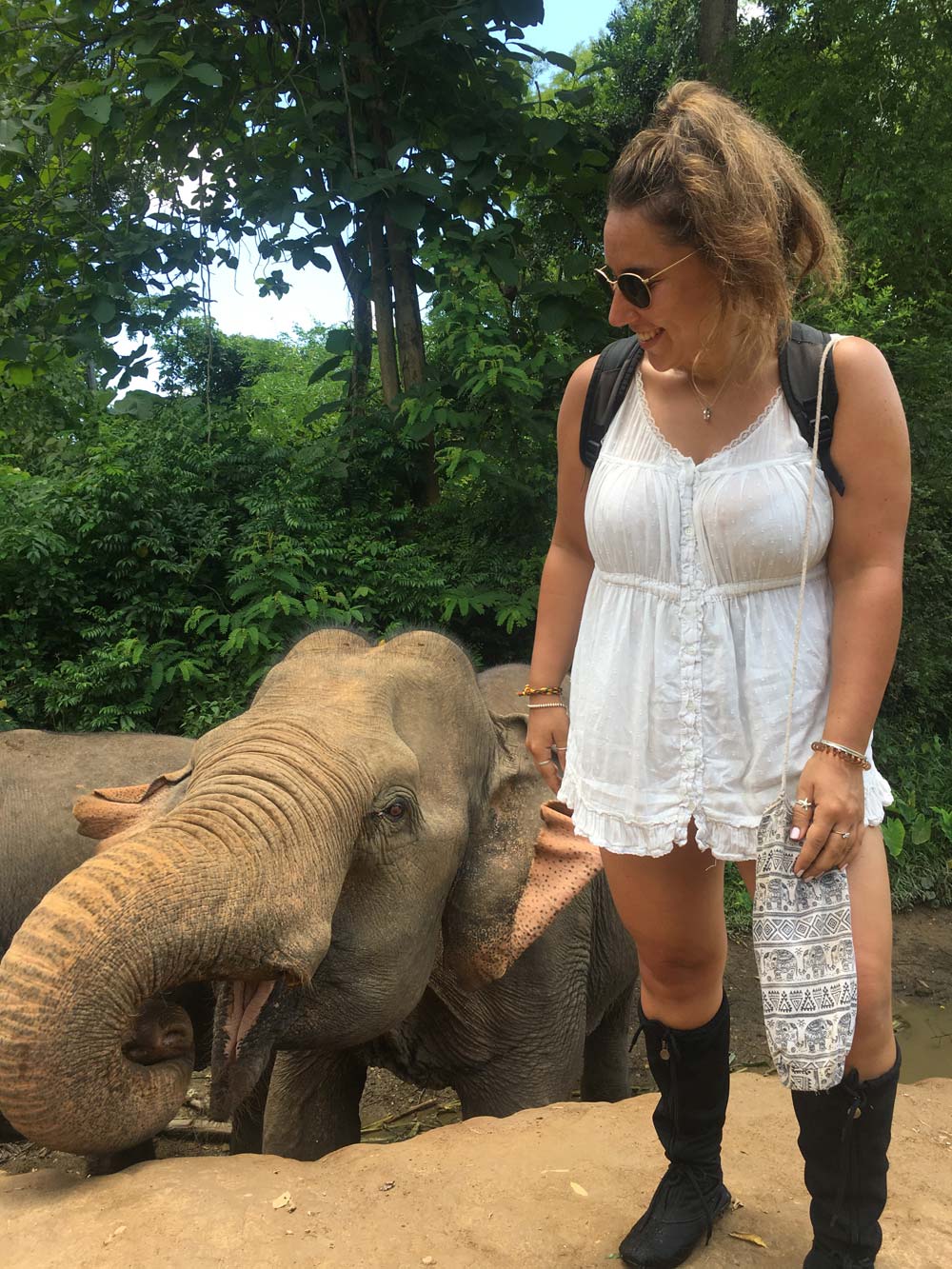 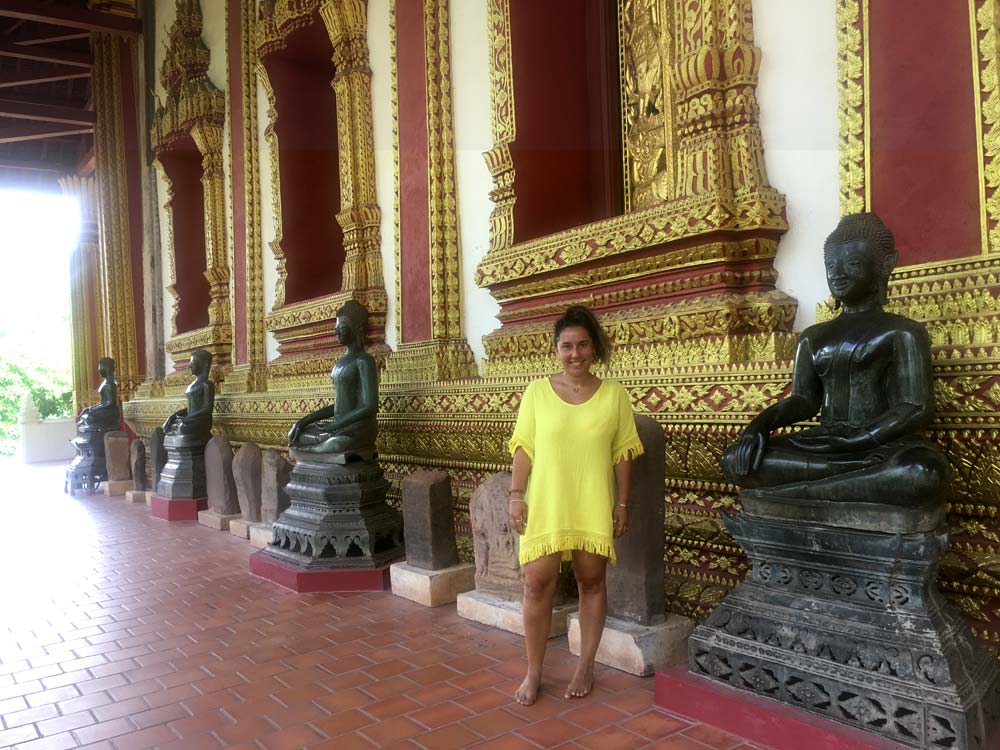 However, those who love getting off the beaten track will adore Laos, with its friendly locals, rich history and quaint French colonial buildings that bring a touch of European flair to a profoundly oriental setting. In Vientiane, Laos’ riverside capital, you will find tree-lined boulevards, crumbling patisseries and coffee shops, and a remarkably familiar looking Triumphal Arch. With a relatively large international airport, Vientiane is easily reached via global hubs such as Bangkok, Kuala Lumpur and Seoul, as well as offering easy connections with neighbouring towns in Vietnam and Cambodia. Laos has never been so easy to visit, either as a stand-alone destination or part of a wider itinerary. 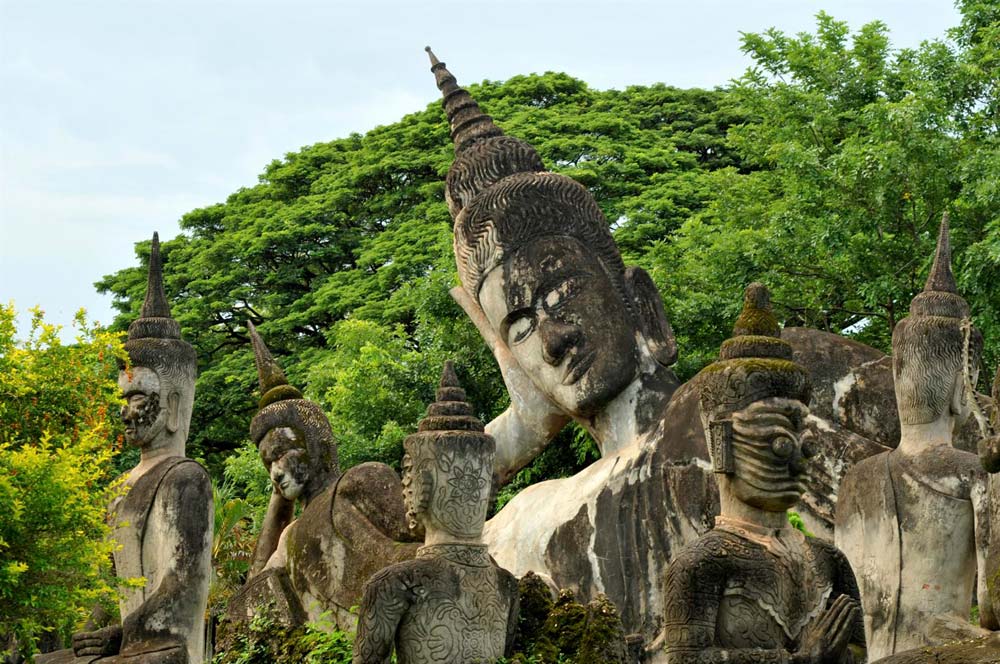 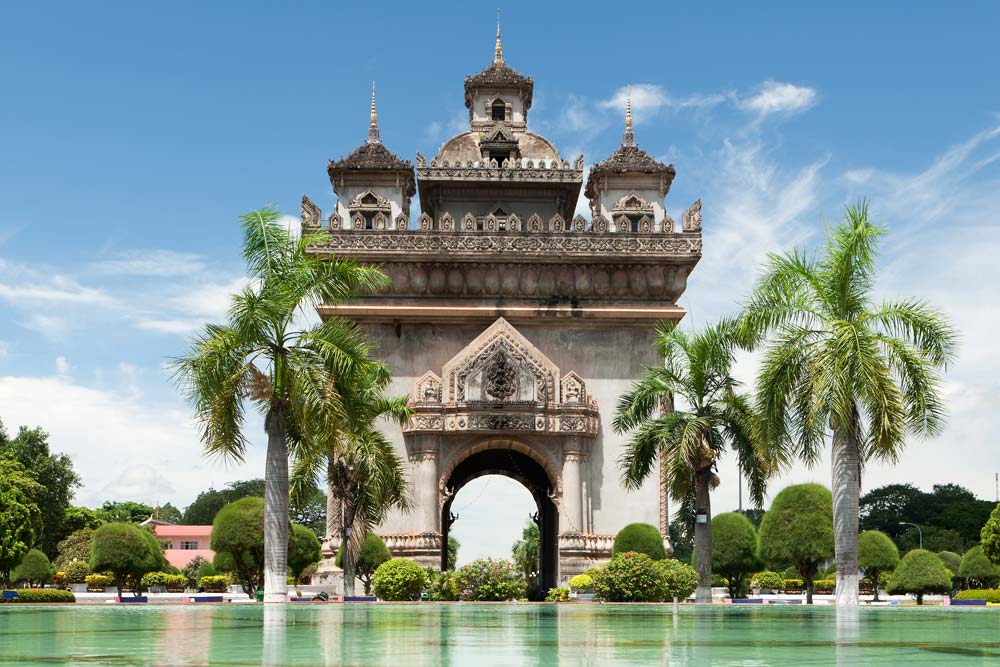 Without a doubt, the jewel in Laos’ crown is Luang Prabang. This quiet mountain town has been a protected UNESCO World Heritage Site since 1995, and it’s easy to see why. Despite being the capital of Laos until as recently as 1975, Luang Prabang has a dreamy and understated atmosphere, with low roofed wooden temples and winding cobbled lanes. The peaceful streets are almost empty of cars and motorbikes, a far cry from Vietnam’s capital Ho Chi Minh City which is home to 7.4 million motorbikes and counting. Instead, you’ll find saffron-robed monks walking alongside the river, or local people on bicycles travelling at a leisurely pace to and from the markets. At dawn, people gather in the streets to offer alms, the daily food offering for the hundreds of monks who silently file out of their temples into the morning light. The symbiotic relationship between Lao people and their spiritual representatives is perhaps the reason why Luang Prabang has remained such an untouched gem in a quickly developing world. 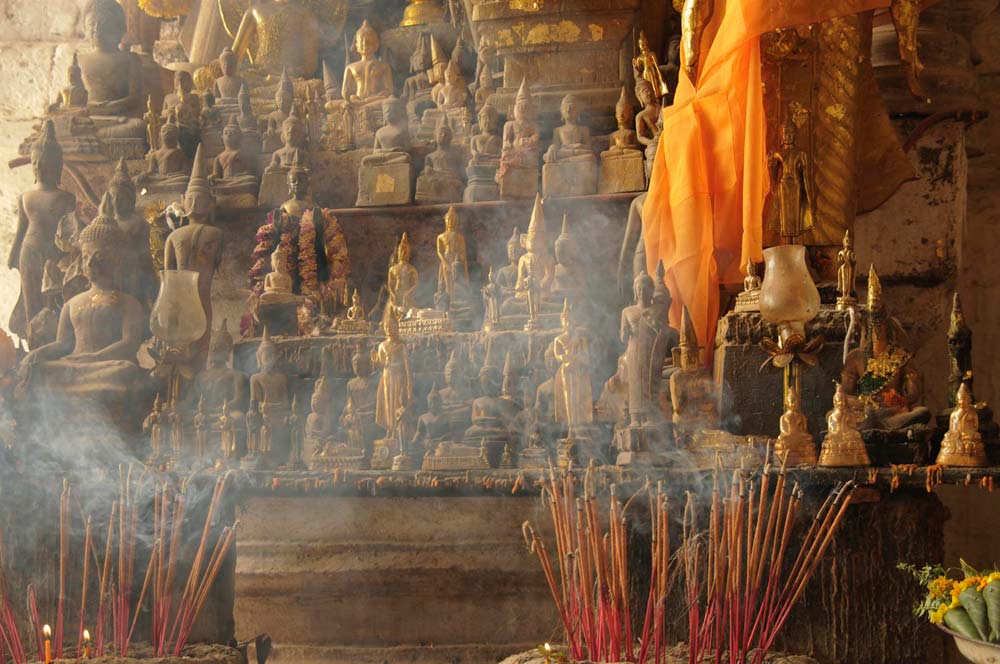 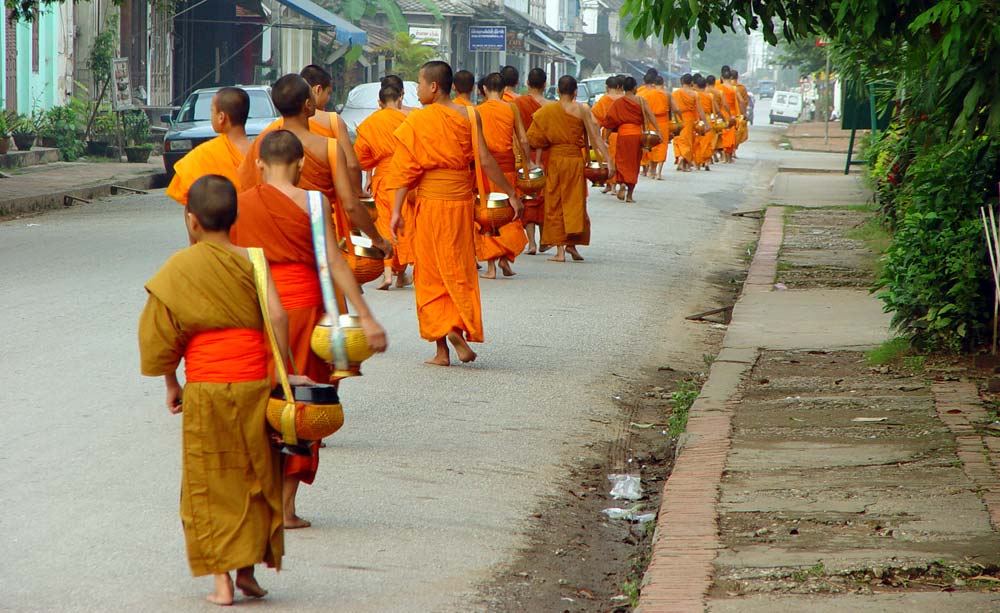 Although Luang Prabang may be in a truly remote area of Laos, don’t ever believe you can’t travel in style there. With a huge selection of boutique and international hotels, including the world-famous Aman brand’s offering in the area, Amantaka, Luang Prabang certainly offers a little something for everyone, whether you’re stopping for a while or just passing through. 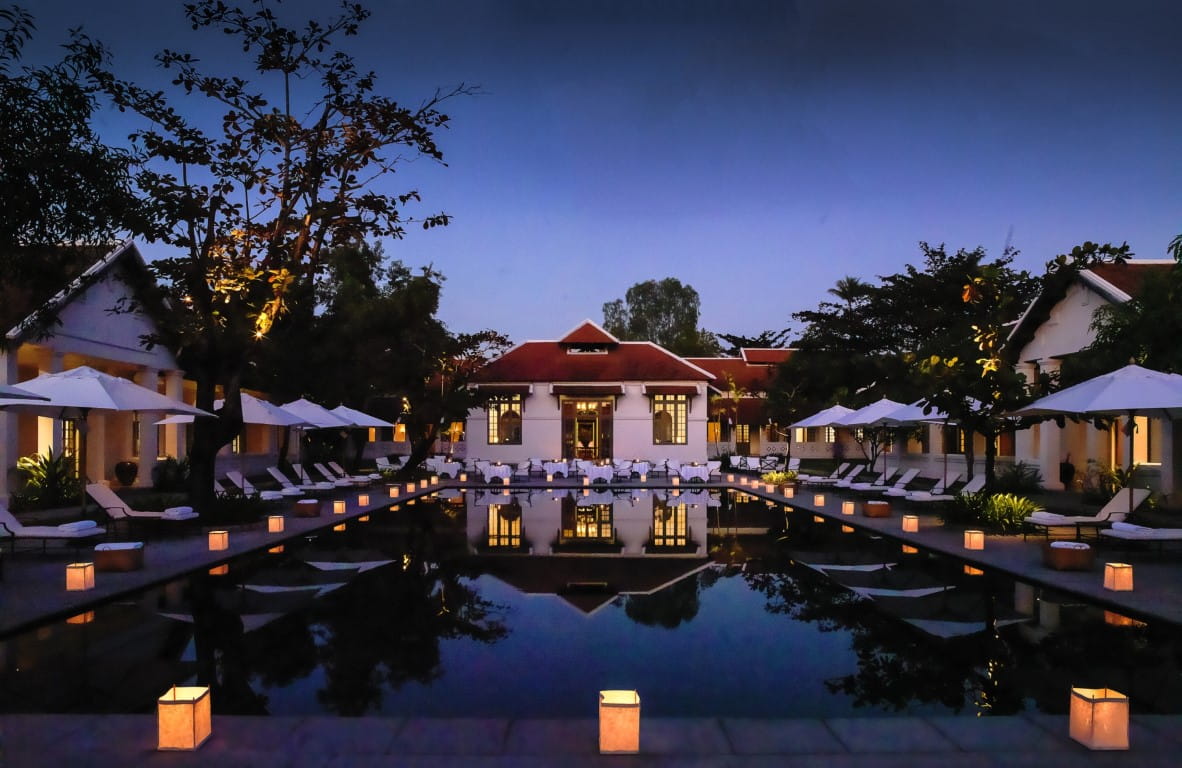 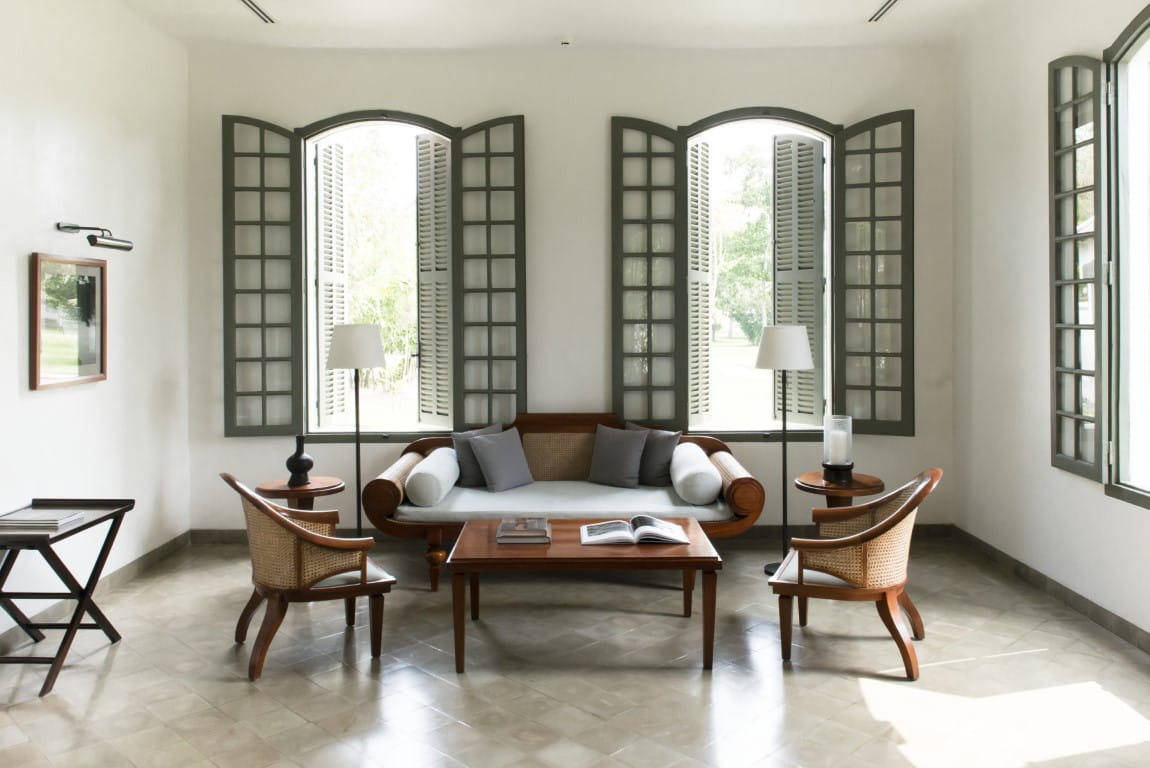 For those wishing to get thoroughly off the beaten track, northern Laos offers some of the most untouched scenery in southeast Asia. Travel by plane, boat and 4×4 to reach Oudomxay, Nong Khiaw and Muang La, home to remote hilltribes, dramatic landscapes and truly authentic experiences. Hike, bike, drive or float between local villages as you learn about the astonishing variety of Laotian tribes, numbering over 200 distinct ethnic groups, each with their own dialect, religion and traditional costume. 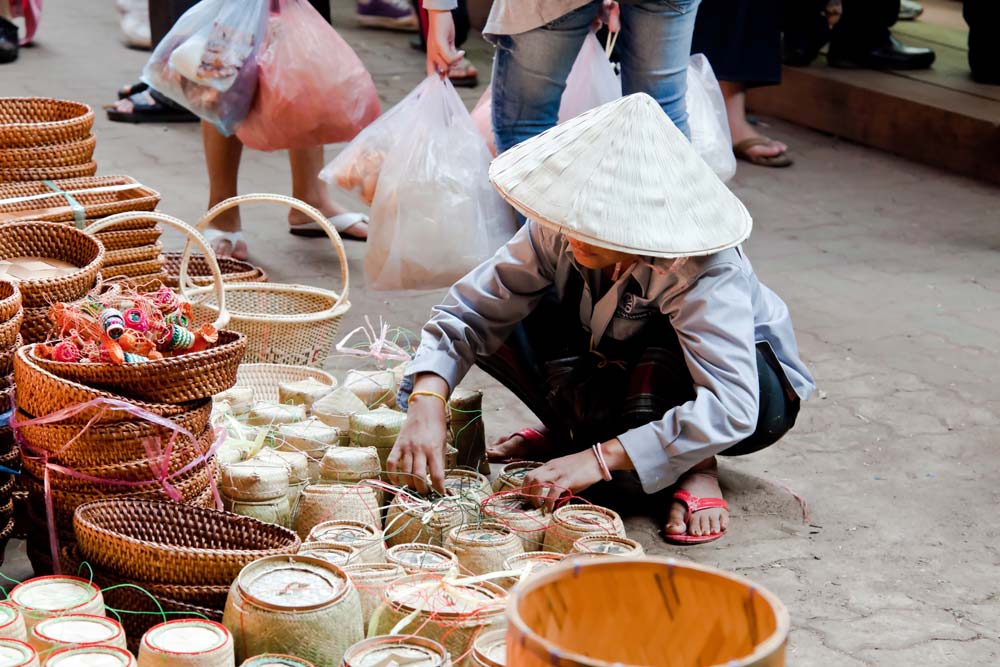 The markets of Champasak 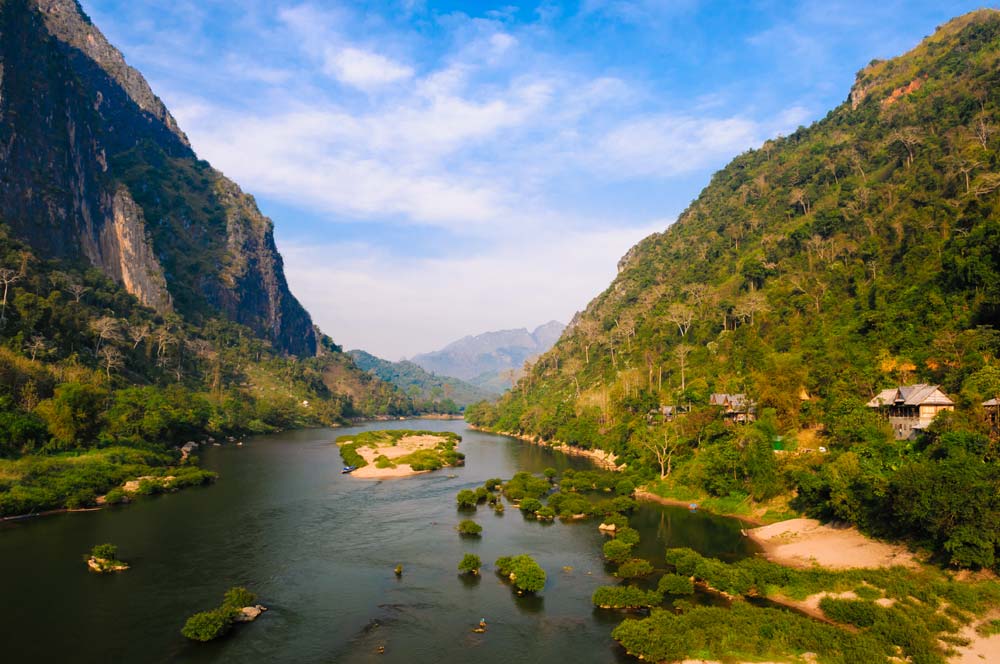 In the south you’ll find the province of Champasak, bordering Cambodia and marking the start of the Khmer road, an ancient ritual highway which centuries ago linked the little-known temple of Wat Phou with its flashy big brother, Angkor Wat. Escape the tourist crowds of the Angkor temples with a trip instead around this lesser known but equally impressive site. While in Champasak you can also enjoy exploring the awe-inspiring 4000 islands, scattered amongst the raging waters of the Mekong or venture up onto the Bolevan plateau, cross-hatched with rivers and waterfalls.

An adventure to southeast Asia doesn’t need to follow the same well-trodden tourist trail. For those looking for culture, excitement, activity, history, new cuisines and new experiences, Laos is undoubtedly a strong contender and certainly not to be sniffed at. With increasing foreign development in the area, and a rapidly growing desire for foreign tourism, we thoroughly recommend visiting this hidden gem now, before the first high-rise hotel beats you to it. 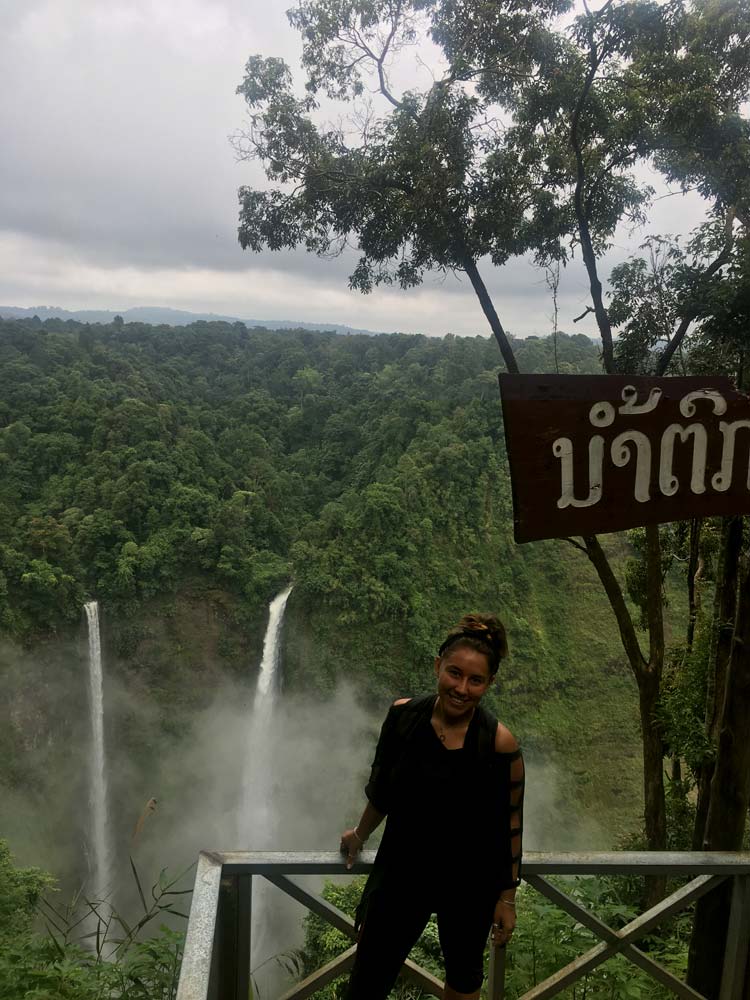 Getting off the beaten track in Laos 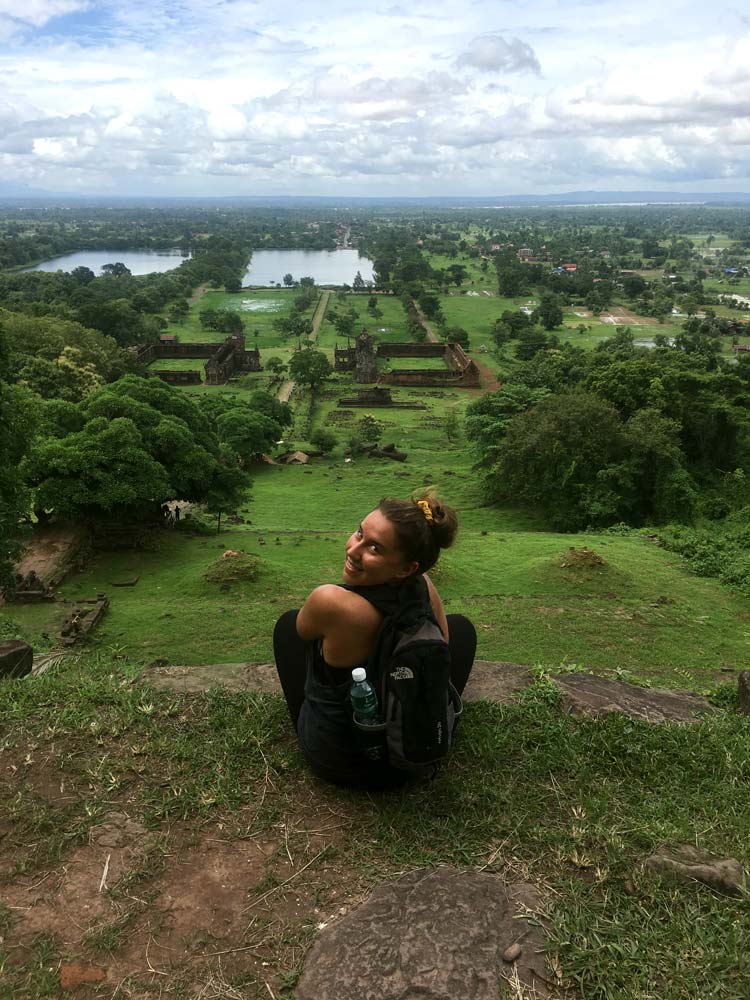 This entry was posted in Far East, and tagged Cambodia, Indochina, Laos, Off the beaten track, Southeast Asia, Thailand,