Jack’s Camp: At Home in Botswana

Botswana’s Makgadikgadi Pan, an area the size of Switzerland, is simply otherworldly. It is all that remains of what was once an immense lake and now forms one of the most spectacular and unique landscapes in the world. As only one of two permanent camps located there, Jack’s Camp is an unmissable addition to any Botswana itinerary. Africa expert, ...

Botswana’s Makgadikgadi Pan, an area the size of Switzerland, is simply otherworldly. It is all that remains of what was once an immense lake and now forms one of the most spectacular and unique landscapes in the world. As only one of two permanent camps located there, Jack’s Camp is an unmissable addition to any Botswana itinerary. Africa expert, Sian, explains why.

Spending three nights at Jack’s Camp is like going back in time, yet without scrimping on any luxuries. The tents are a deep red and green and filled to bursting with antiques – even a throne like toilet. Each tent looks out from a palm tree lined island to the pans and at night these are lit with hurricane lanterns as Jack’s has forgone electricity in favour of a more authentic bush experience. Do not fear though as they do have a charging station which you can use during the day for cameras! The food has not suffered with the lack of electricity and each night you can expect to be served a delicious three course meal at a long table in the dining room, surrounded by artefacts dating back over 30,000 years which have been found in the pans. 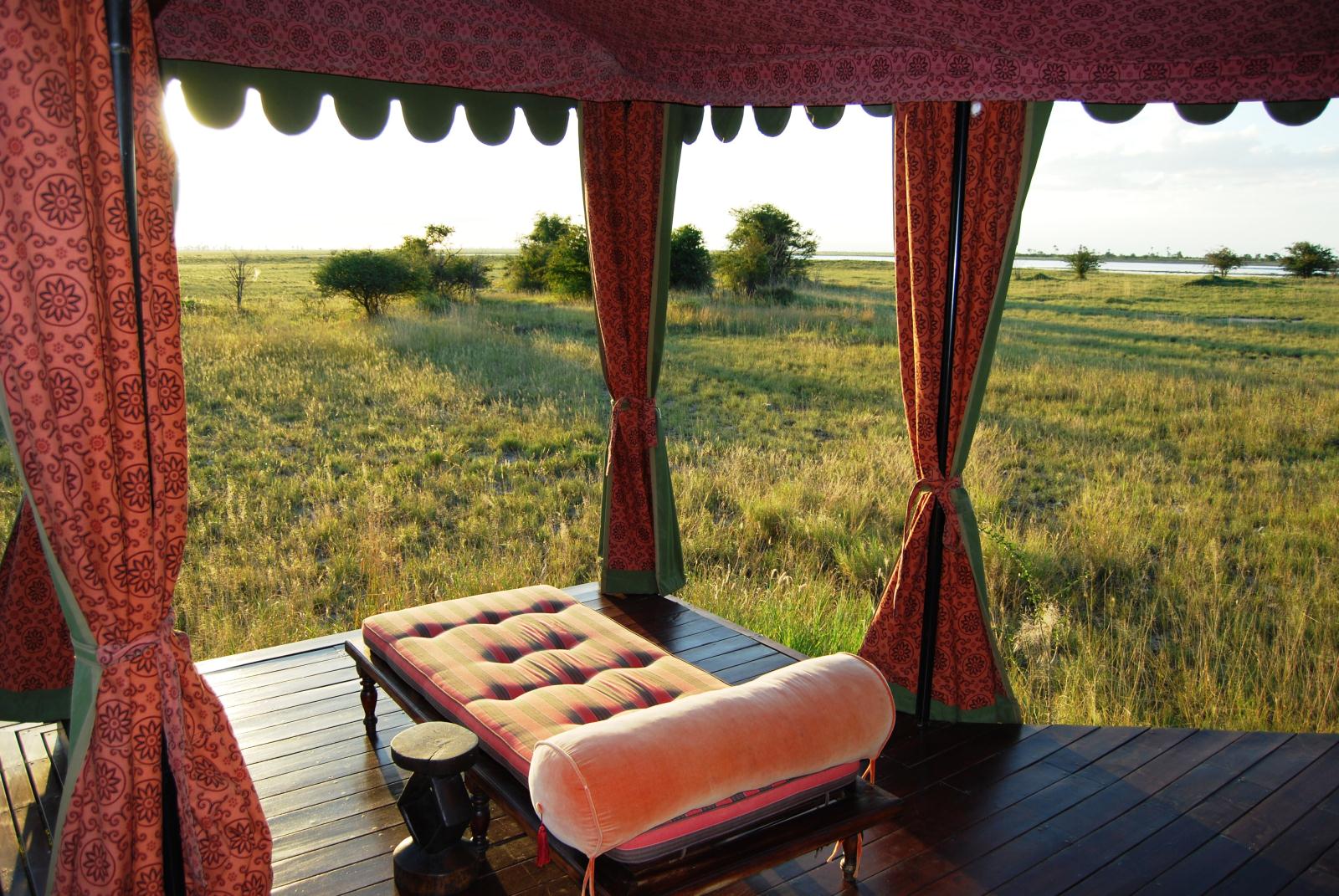 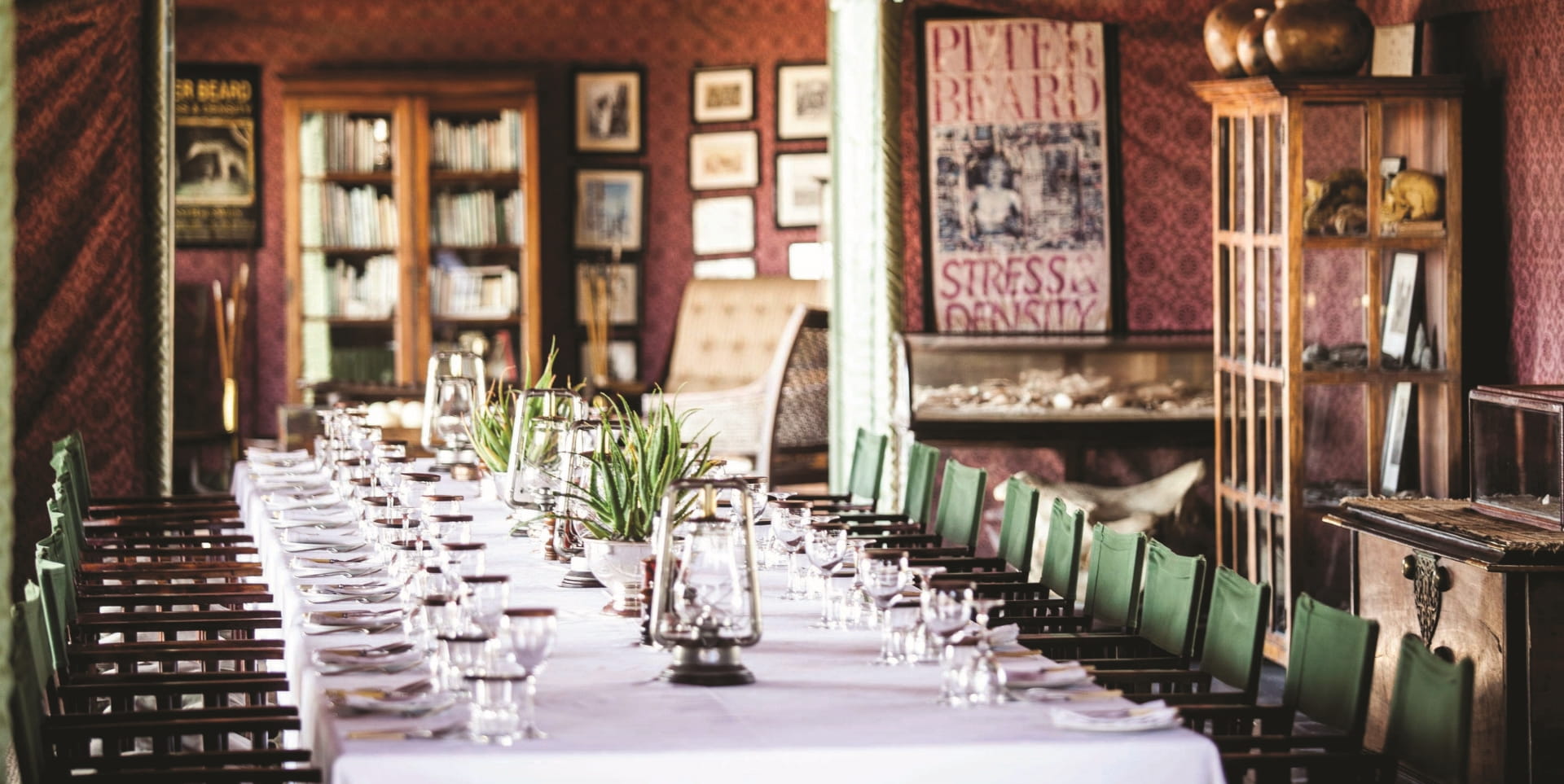 The activities in Jack’s Camp change with the season and there is simply no best season as it completely depends on what you would like to see. I went at the start of the dry season which coincides with the end of the zebra migration and, one of two, great flamingo migration in Africa.

We arrived in the early afternoon after flying over the Nxai Pan giving us a small glimpse of the jaw dropping vastness of Makgadikgadi. A guide from Jack’s Camp picked us up in a safari vehicle with a difference, the car had a seat on the roof allowing you to see for miles past the palm lined islands and on to the pans. After a half an hour drive, during which we saw a few stragglers from the zebra migrations and the wildebeest that go with them, we arrived at Jack’s Camp in perfect time for a delicious afternoon tea. Even this felt very special and different to any other safari lodge I have ever been to. The tea tent had a no shoes rule and was lined with Persian rugs and cushions. Feeling like Arabian royalty we lounged in the comfort of the shade looking out over the pans whilst eating spring rolls and miniature lemon meringue pies. 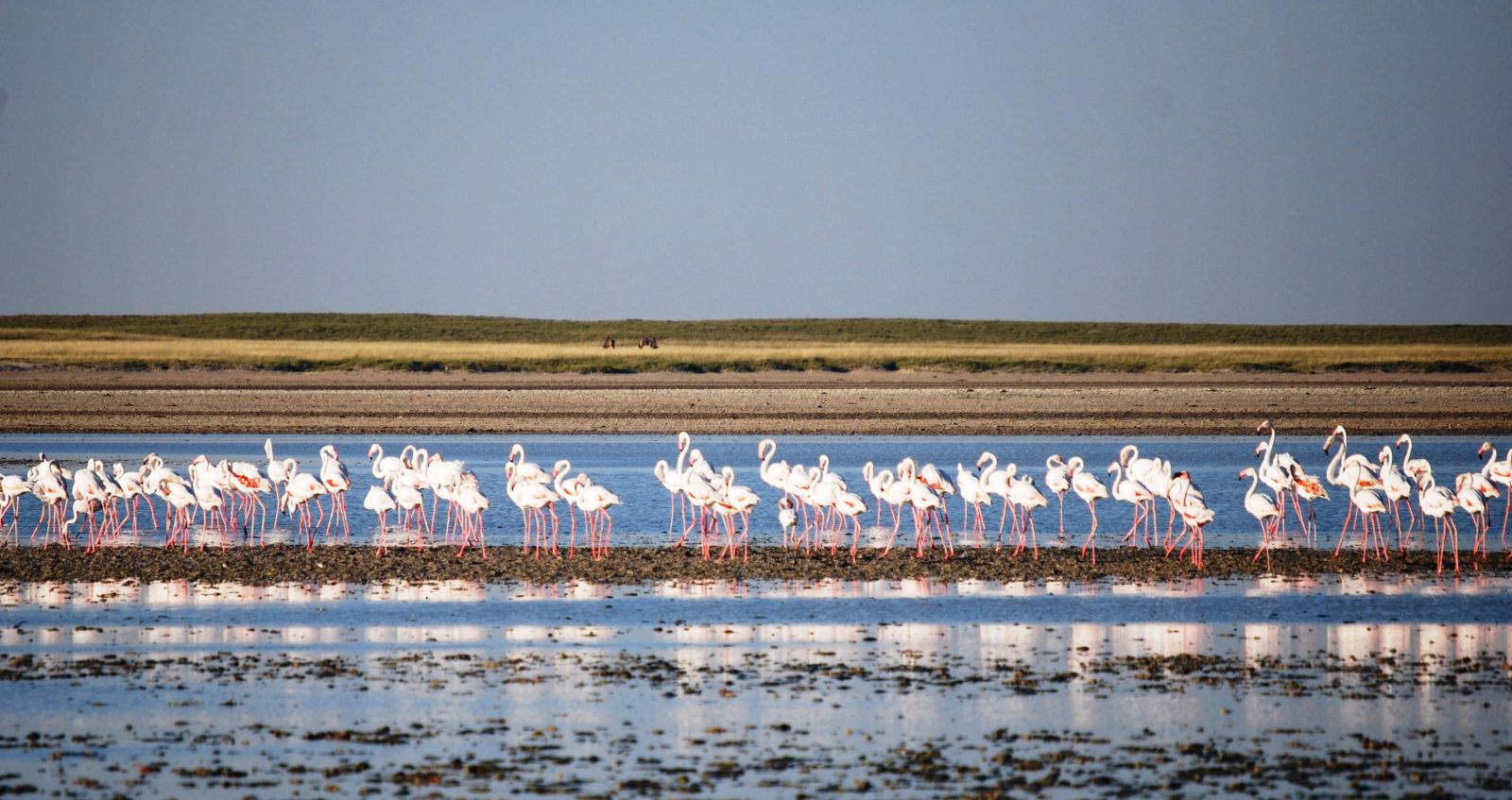 Flamingos on the Pans 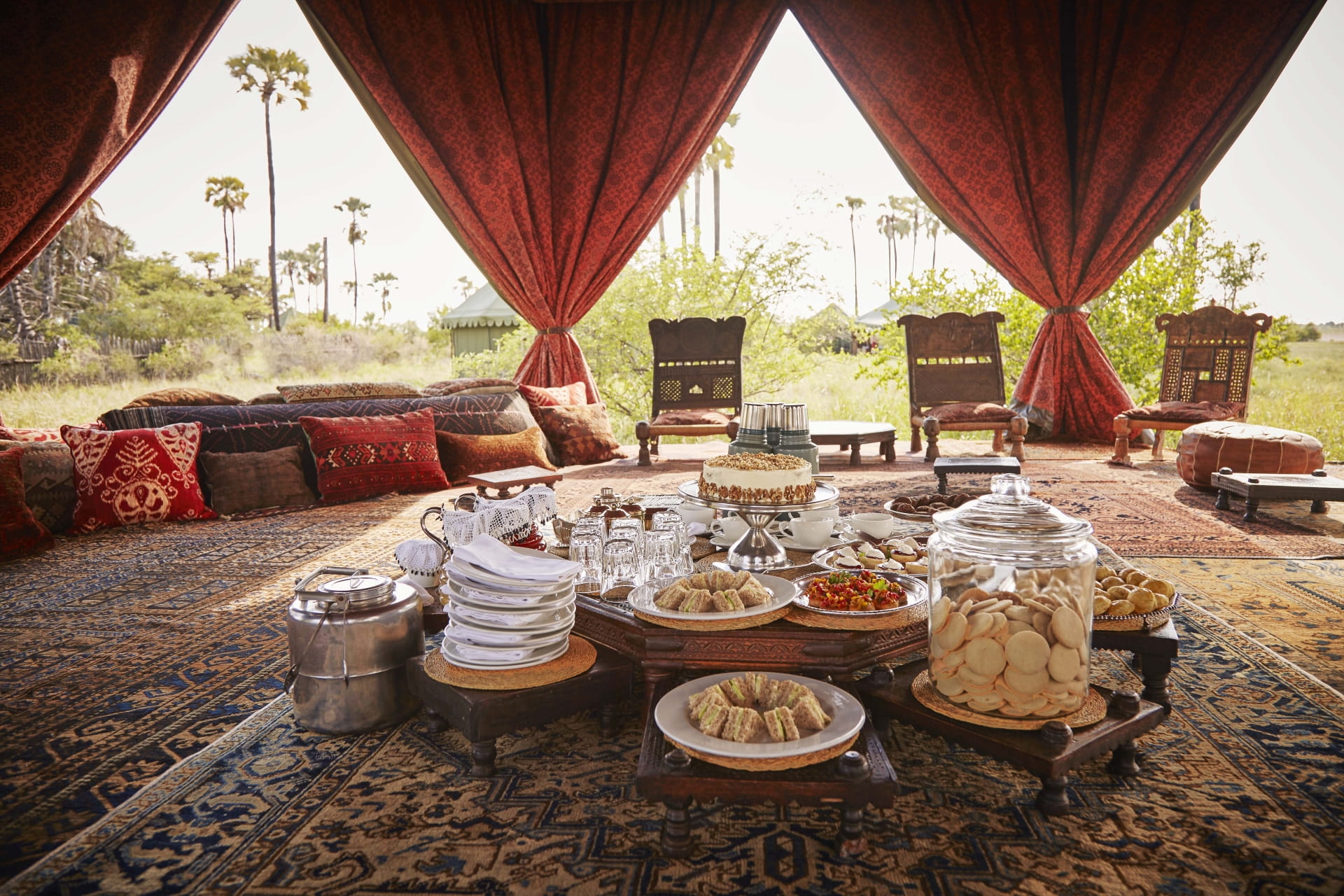 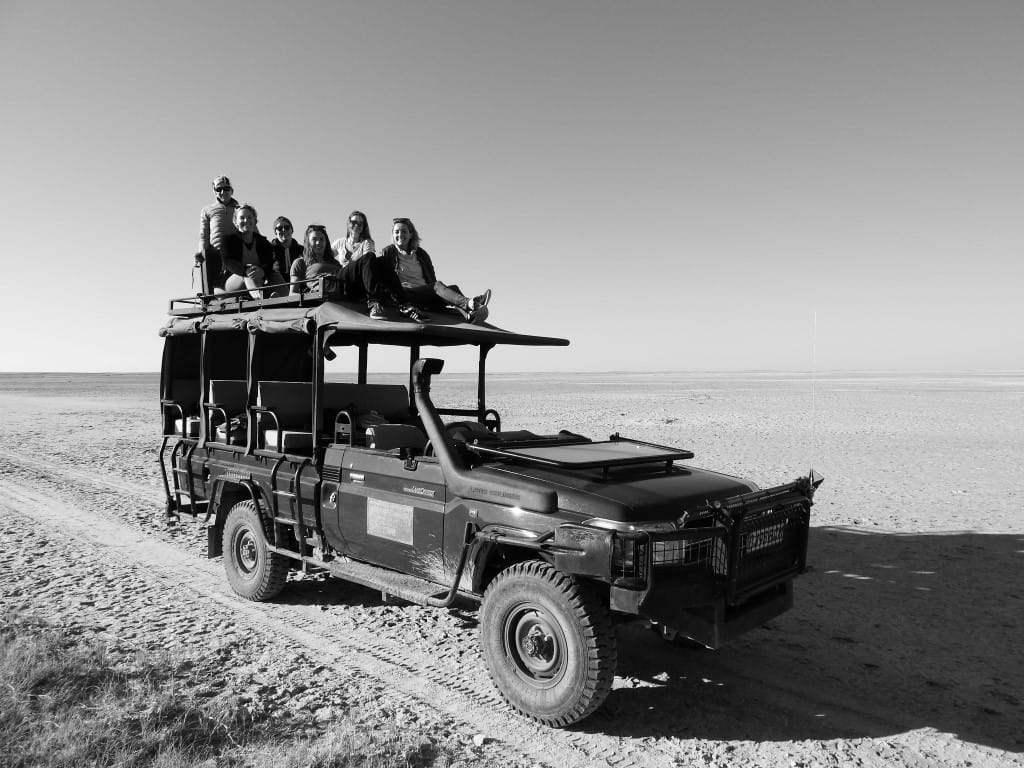 Views from the top

We left for our game drive as the heat of the day lessened to look for the animals that are harder to see in other, more vegetated areas. Our guide Dabe was fantastic and before long we had driven into a thicket on the edge of the pans to find, extremely large, Kalahari lions with month old cubs in tow! The male was the biggest lion I’ve ever seen. Kalahari lions are famously large, around a third bigger than other lions, and although I knew this, it still took me by surprise that he could have rested his head on the side of the vehicle. Thinking that we could not get any more fantastic sightings in such a sparse landscape we started driving towards the pans to watch the sun set and same across a cackle of brown hyenas feasting on a zebra kill. This is the rarest type of hyena with only 10,000 left in the wild. We watched them for a while before Dabe was anxious for us to enjoy sundowners before sunset, something we certainly weren’t complaining about. We rounded a corner and just in front of us was a bar, campfire and chairs set up in the heart of the pans. We wondered around looking for stone age tools, of which you can find plenty, and then learnt about how the pans were created thousands of years ago whilst watching the sun slip behind the horizon with a gin and tonic in hand. Perfection. 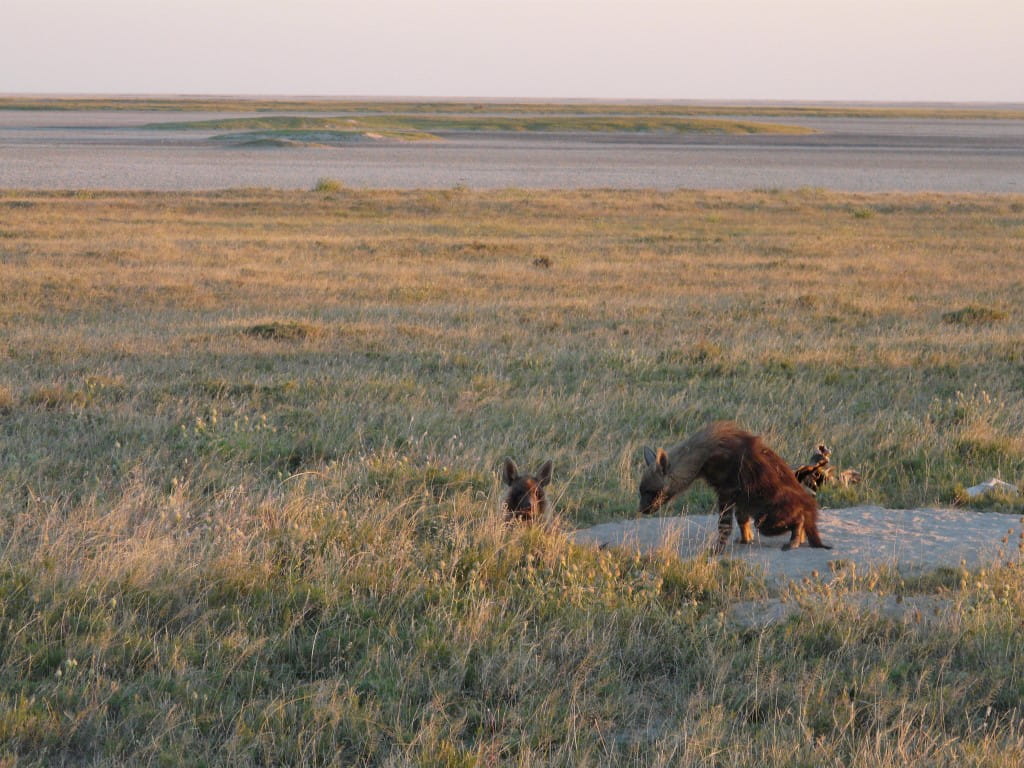 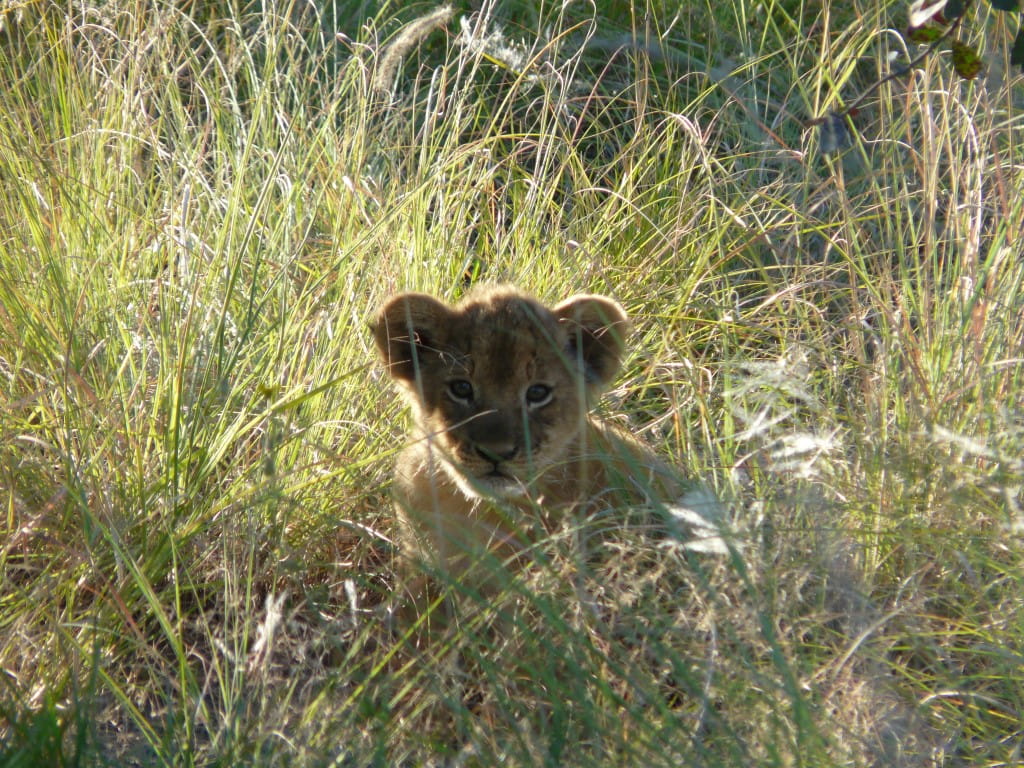 Lion cub on the pans 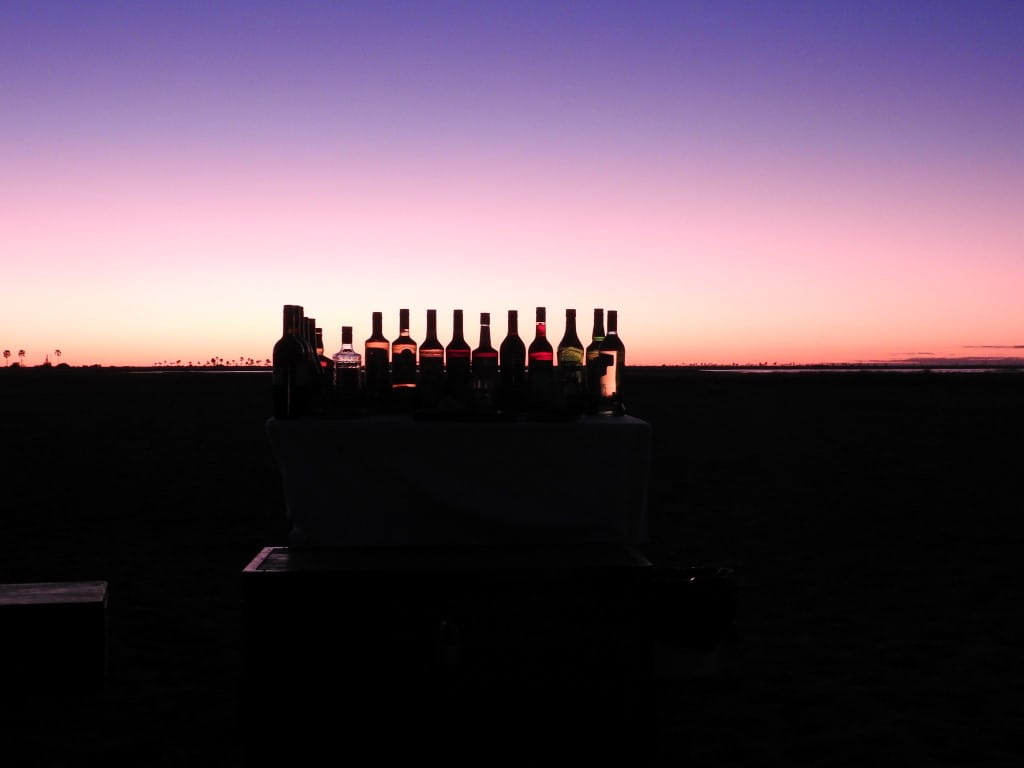 We awoke early the next day before the sun had risen and after a few small snacks we were back in the game drive vehicle, on our way to find the habituated meerkats. We went to a spot where they were last seen and were told to crouch near the entry to their dens, careful to ensure we didn’t cast our shadow on them so they would come out once the sun had come up. It was magical, they are still wild but you can get so close. Dabe pointed out where was best to see them, and how to sit, so that you would have the best opportunity to get close to them. We were told that sometimes they even climb on to your head or hand and use it as a lookout post. I was unfortunately not so lucky- so with this in mind, I’ve vowed to go back! We sat with them for a few hours until they started to become a lot more active and scavenge for food, at which point we did the same and headed back to Jack’s for a delicious breakfast. 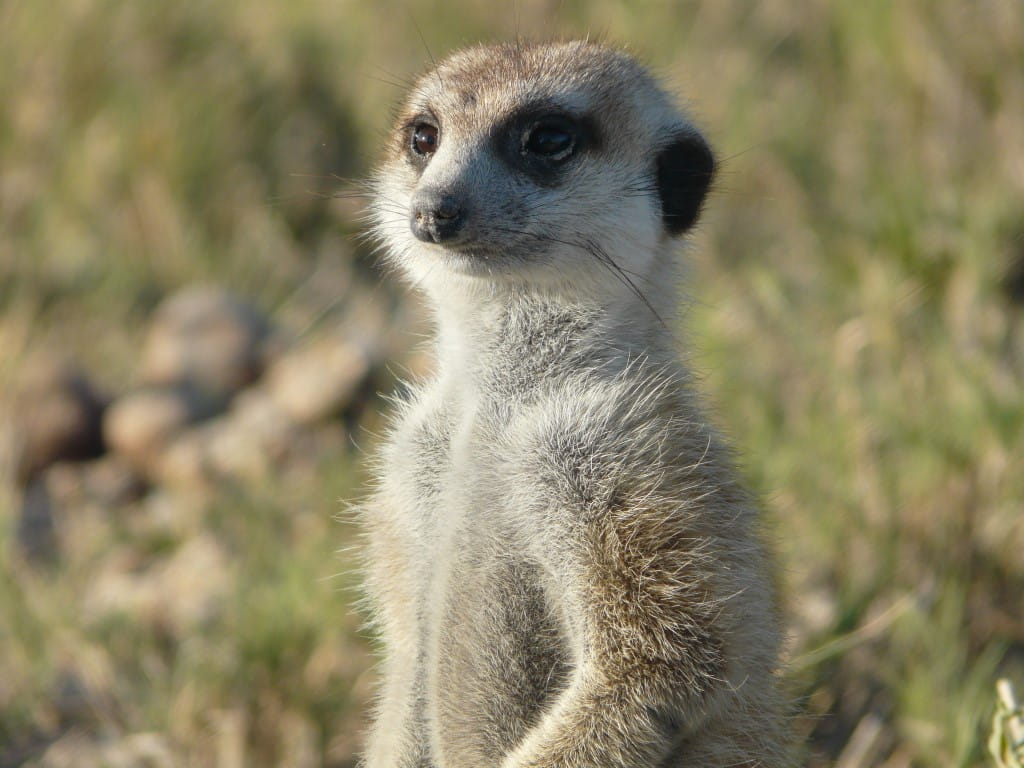 Up close with the meerkats 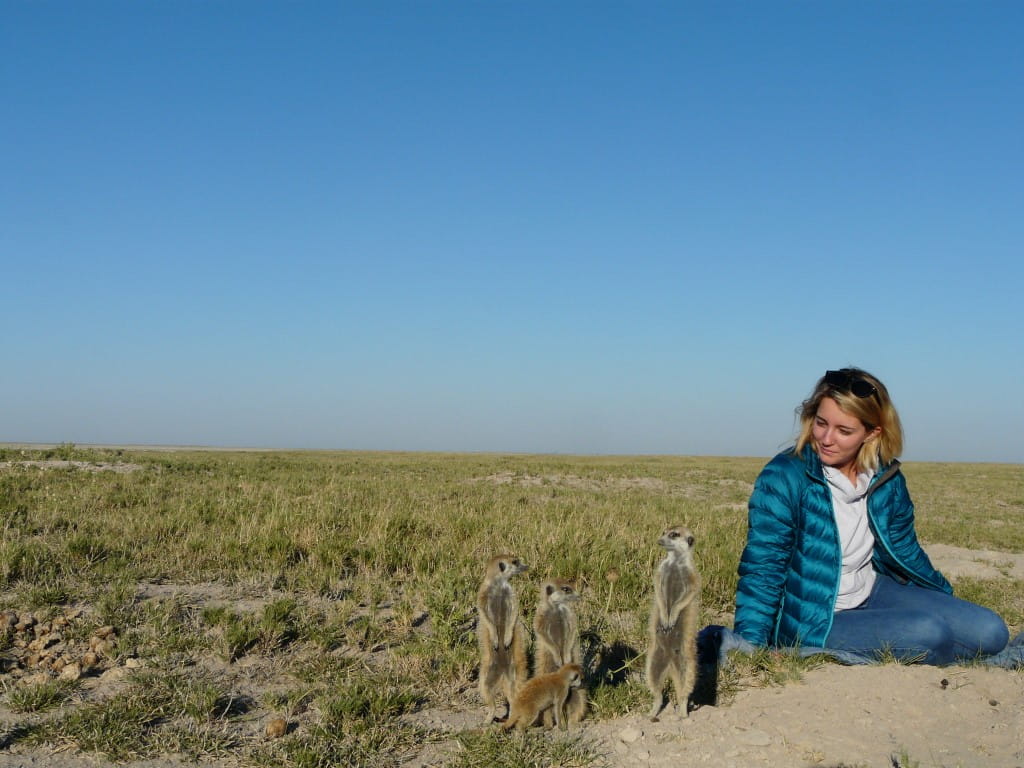 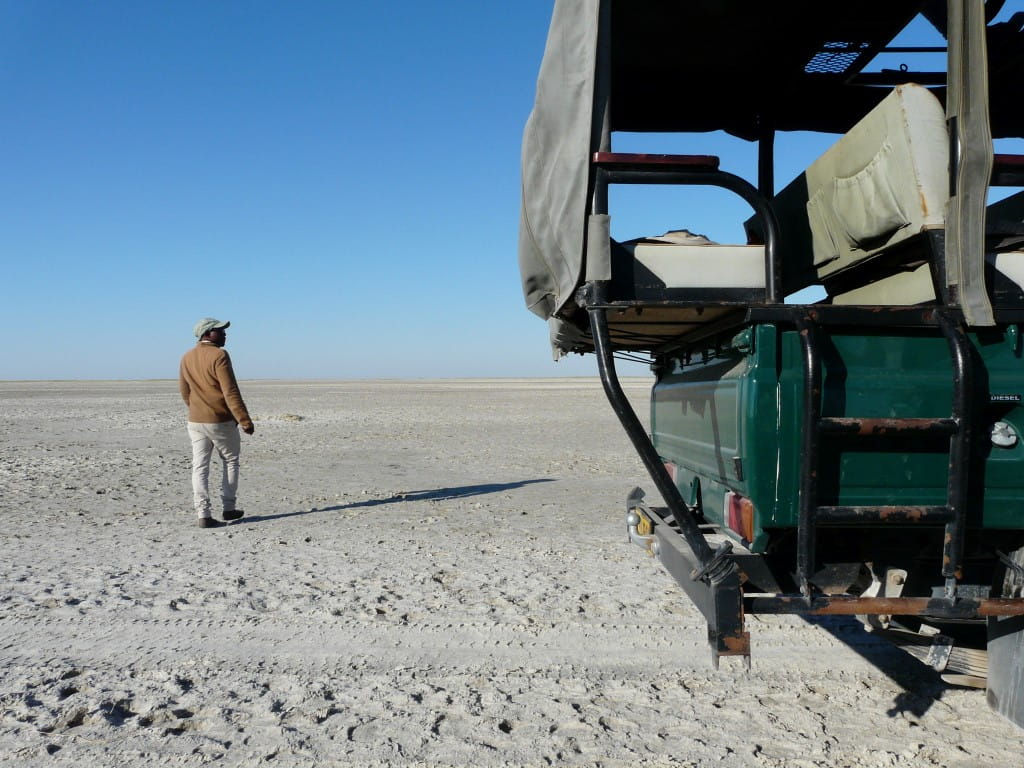 There are so many things to do to fill your time at Jack’s; activities range from quad biking, horse-riding, fat tyre bike riding, helicopter trips, learning survival skills from the San people and enjoying sleep outs on the pans. Jack’s is so different to classic safari destinations and a place that will no doubt stay with you forever. 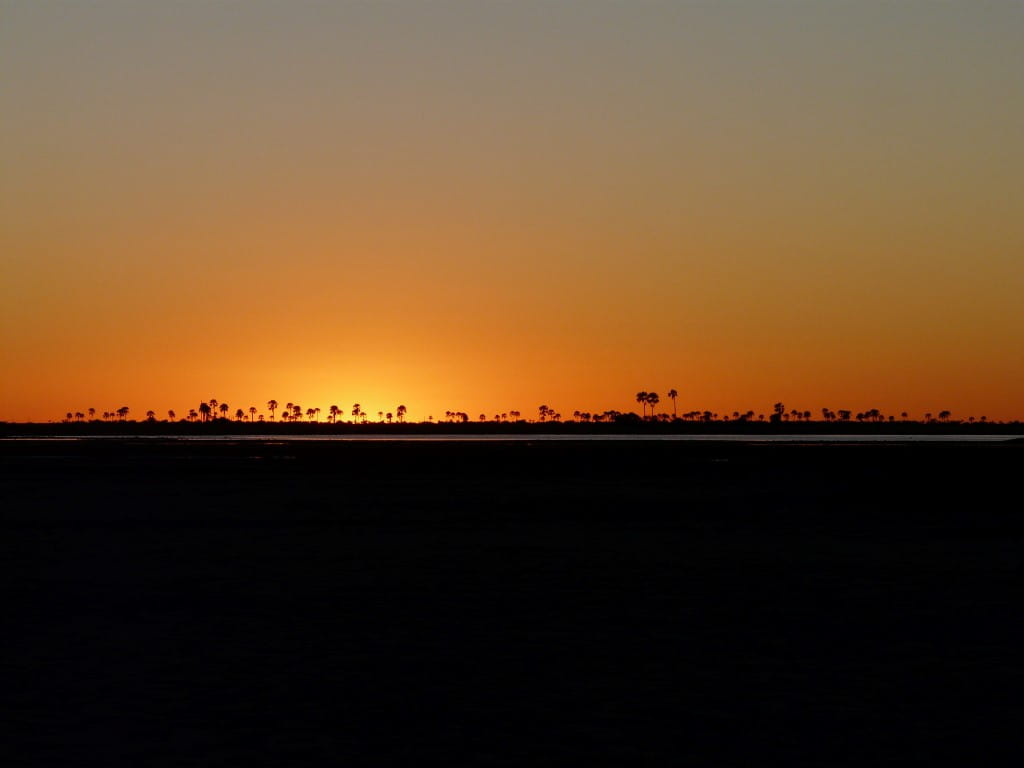 Sunset over the pans

This entry was posted in Africa, and tagged Botswana, Makgadikgadi Salt Pans,