Hangaroa Eco Village & Spa enjoys a privileged location on Chile's mythical Easter Island overlooking a stunning bay and the Pacific Ocean beyond. A superb base with excellent facilities and within walking distance of the main village of Hanga Roa.

Easter Island is one of the most mysterious destinations on Earth, well known for its iconic stone moai statues. It is also the most remote inhabited island in the world, located in the centre of the Pacific Ocean, or in Rapa Nui, Te Pito o Henua, translated as the "Navel of the World," or "Land's End."

Each detail of the hotel's architectural design and functionality is cutting edge. Inspired by the Orongo ceremonial village and site of the island's Bird Man ritual, all of the Hangaroa's walls are curvilinear and topped with grass roofs, and favour natural light and landscaping of local flora that allow the hotel to artfully blend into its natural environment.

The 75 guest rooms and suites at Hangaroa have been built with local natural materials such as cypress trunks, clay and volcanic rock. The decoration is minimalist and fuses rustic elements. All of the rooms have great views looking out towards the ocean and each room has its own terrace. The hotel uses solar panels and wind turbines to produce its electricity and there is a real emphasis on sustainability and respect for its spectacular surroundings. 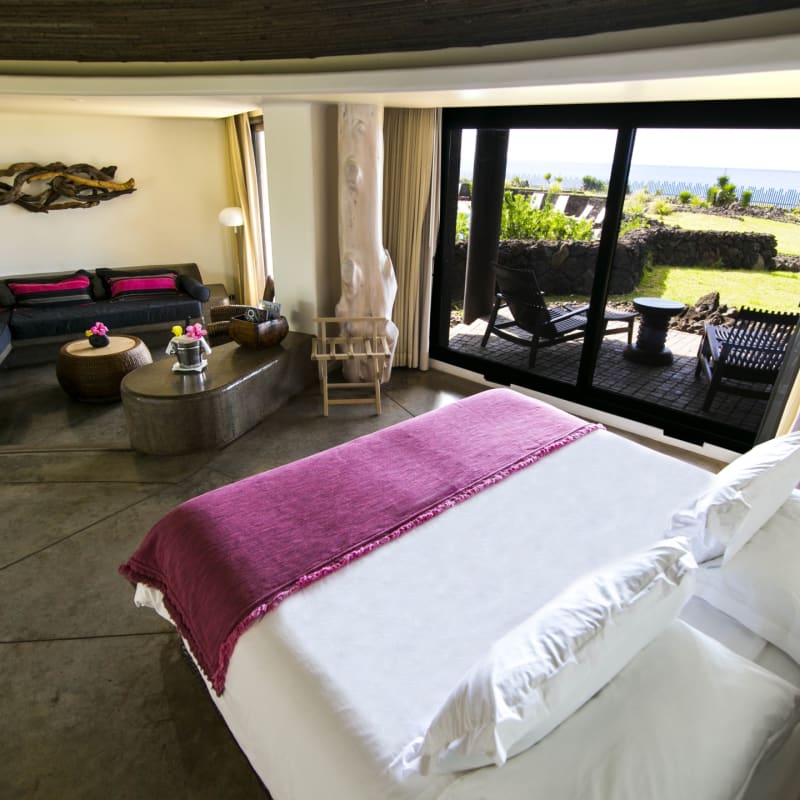 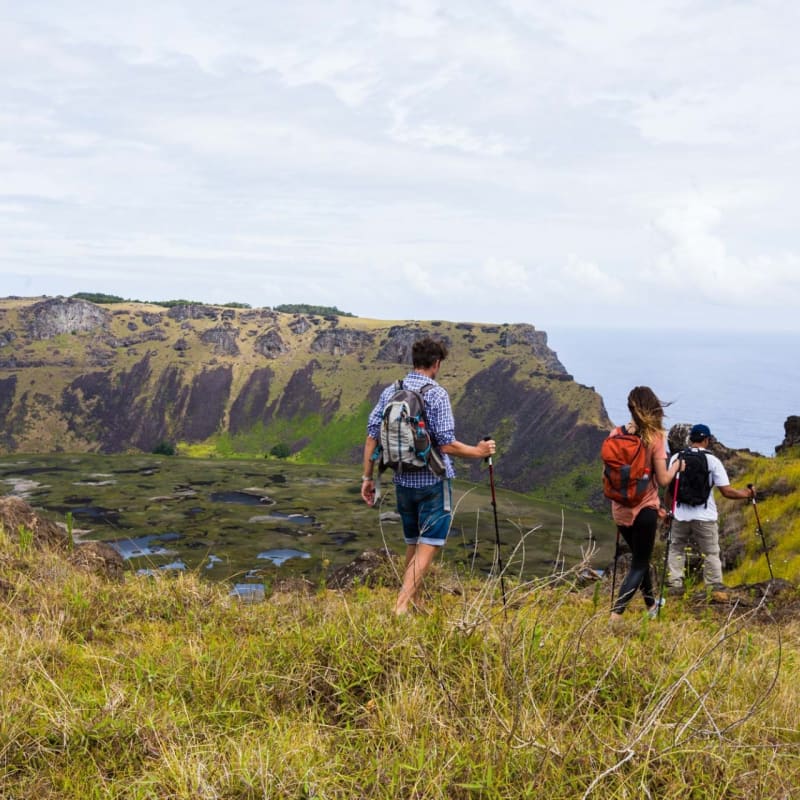 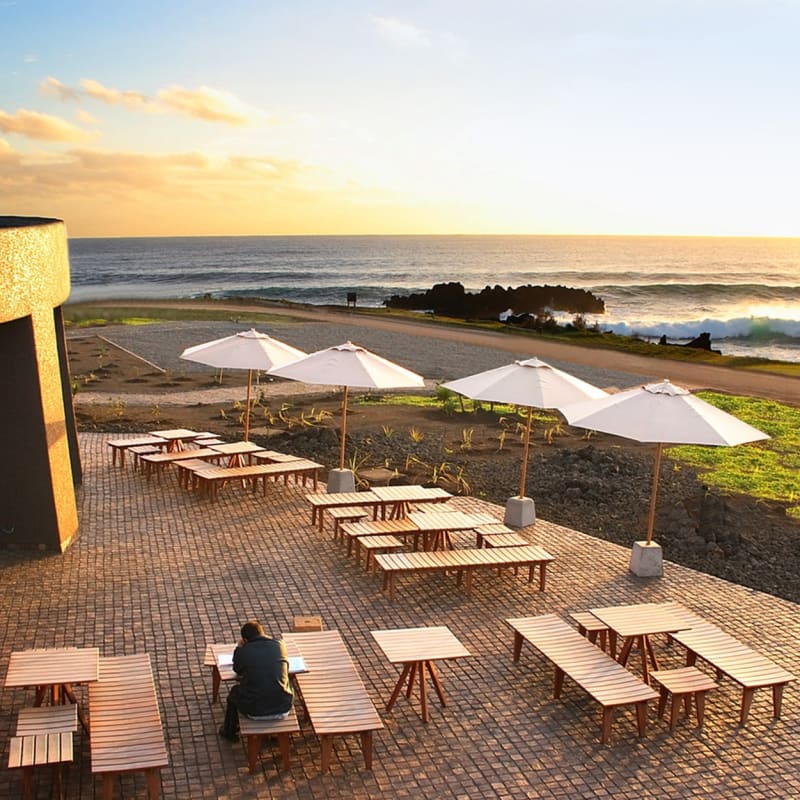 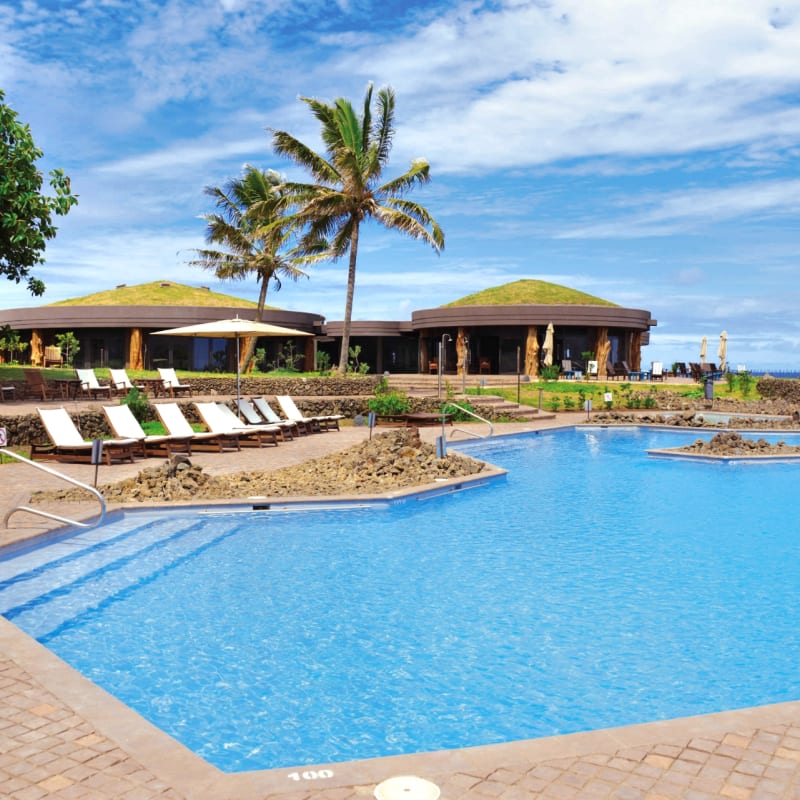 Hangaroa Eco Village & Spa sits on a privileged spot with a panoramic view of the ocean, one km from the airport and within walking distance to Hangaroa town all of which allows you to easily explore the local community.